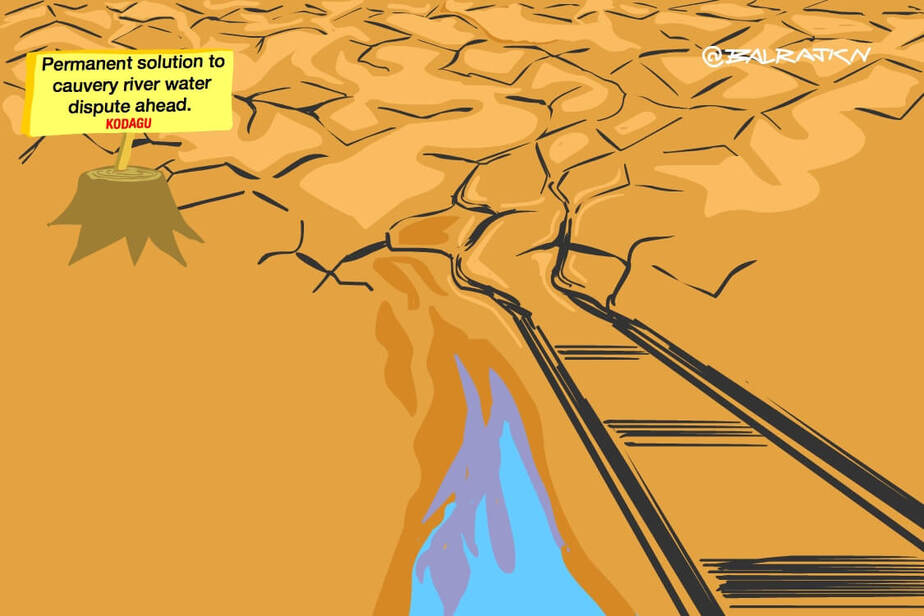 On Friday, the Supreme Court’s much-awaited decision on the Cauvery water-sharing dispute was accepted as a “balanced verdict” by Karnataka officials. With a 14.75 TMC (thousand million cubic feet) increase in its share of Cauvery water and a short-term resolution of Bangalore’s water crisis, Siddaramaiah’s government has scored a few crucial points with the electorate ahead of the polls in May.

However, amidst of all the fanfare, the Centre seems to be simultaneously prodding along a counter-agenda in its developmental plans for Karnataka. The Ministry of Railways has sanctioned two railway lines to be constructed through Kodagu’s forests which line the southernmost edge of Karnataka. Projected to be developed around the Cauvery, one line stretches from Thalassery to Mysuru, and the other strings together Hunsur and Madikeri (likely to be extended to Mangalore).

The two railway lines (in yellow and red) passing through Kodagu. The 765-km-long Cauvery river (in blue) is the lifeline for South India and sustains over 8 crore people and 600 major industries across the region. It originates in Kodagu’s Talacauvery in Karnataka and flows through Haasan, Mandya and Mysuru districts before entering Dharmapuri, Erode, Trichy, Cuddalore, Pudukottai and other districts in Tamil Nadu. The Cauvery and its tributaries also flow through Kerala and Puducherry. Map for representational purposes only.

If implemented, the domino effect of clearing forests in Kodagu for the railway lines will be felt throughout South India, where thousands of farmers in Karnataka and Tamil Nadu have been committing suicide due to drought and the resultant debt. The Congress government should know that their fight to refill drying up taps across Karnataka is far from won.

Misplaced Priorities Draining Out the Voices

The Karnataka state government has been firm in its demand for increasing its allocation of Cauvery water in the dispute with neighbouring state Tamil Nadu. Yet, the INC’s resolve in demanding Her waters should be taken with a hefty dosage of salt. This is evident from the railway lines’ potential impact on the ecologically sensitive area of the Cauvery Catchment Area and the Nagarhole Tiger Reserve — which the Mysuru-Thalassery line is set to bisect.

Nestled amidst what used to be evergreen hills, Kodagu district (also known as Coorg) has an area of just 4,108 square kilometres. With a landscape comprising thick-wood forests, paddy fields and coffee plantations protected by foliage, it is the principal catchment of the Cauvery River, contributing over 70% of the total inflow to the Krishna Raja Sagara (KRS) Dam.

This is not the first time the people of Kodagu have had no say in shaping their land’s future; granted, the railway line’s short-run economic benefits (by connecting Kerala and Karnataka’s urban centres) may seem apparent. But, in 2015, a 120-km 400kV wire from Mysuru to Kozhikode passed through 55 km of Kodagu. Over 54,000 trees were felled, of which 4.45 km was forest land and the remaining was private land or plantations. Although India’s forest-covered land increased by nearly 1% since 2015, 102 square kilometres of tree cover has been lost over that same period in Kodagu.

From an environmental viewpoint, the sheer magnitude of change in the catchment area’s demographics renders the SC verdict as a secondary issue

At the time of writing this article, four National Highways cutting across Kodagu are being sanctioned after claiming to have passed their Environment Impact Assessments. These will ensure further depletion of green cover, which will affect monsoon patterns across the catchment area. Owing to reduced water inflow and rainfall, the Cauvery does not reach the sea for four months in a year. With the Tamil Nadu CM Panneerselvam pledging to petition a review of the verdict, it would be unwise for both States to count their chickens before they hatch. Regardless of water-sharing disputes and economic development, if the Cauvery Catchment Area runs dry, all players stand to lose.

The Mysuru-Thalassery line has a projected cost of ₹6,685 crores, with the Railways set to invest in 49% and Karnataka and Kerala jointly sharing 51% of the costs. Keeping in mind that road connectivity to Kodagu is already very good, this means that CM Siddaramaiah’s government – should it be re-elected – will spend roughly ₹1700 crore. Railway lines and national highways may look promising on a party’s manifesto (and for the powerful timber lobby). Yet, these developments must be viewed in perspective of their differential impacts.

Kodagu has a population of just 5.5 lakhs, nearly a third of the 14-lakh tourists who visited in 2017 alone. As of now, this influx is unsustainable: the swift conversion of paddy fields into resorts and commercial establishments coupled with an already-lacking garbage disposal system has reduced groundwater levels and harmed biodiversity.

There are several issues often ignored because of their populace-specific impact; skirmishes involving the water, air and soil we depend upon cannot be left to the back pages of our dailies.

A week ago, the BBC touted Bangalore to be one of the 11 cities in the world to run out of drinking water because of its contaminated lakes and inefficient plumbing systems. If that was not enough, the Central Ground Water Board found that in 35 taluks, there is no scope for further extraction of groundwater – a result of more groundwater being consumed than what has seeped into the ground.

An article published by Citizen Matters titled “Dear BBC, Bengaluru isn’t running out of water soon” reassures readers that there is no reason to panic about none of the city’s lakes being fit for drinking or bathing. Why? Because Bangalore “gets its waters from one source, the Cauvery river”. Ironically, Bangalore loses 49% of its Cauvery water in plumbing leaks during distribution. “The Unaccounted For Water (UFW) levels globally range between 8% and 10%, while India’s was 15%”, said KJ George, Minister for Bengaluru Development and Town Planning. Incidentally, activists of the Save River Cauvery movement reached out to George to stop the railway line’s implementation, although his extent of influence is unclear.

The railway line’s complications are grave for Keralites too, where parts of the Kannavam-Periya tract – a rare habitat of the King Cobra – are set to be razed. Rich repositories of biological diversity, the Mudumalai-Bandipur-Nilambur tract to the Brahmagiri Hills of Karnataka are migratory corridors for the largest elephant reserve in South India. Once this forest is disturbed, the stranded elephant herds will have nowhere to go, thereby exacerbating the incidence of human-elephant conflicts.

Call for Action: Children of the Cauvery

The fight against the Mysuru-Thalassery Railway line passing through Kodagu is one that is gaining steam; on 18th February 2018, a protest march is being staged at the Dasara Exhibition Grounds in Mysuru. Incidentally, Prime Minister Modi is in town on the same day. The movement calls for support by everyone sustained by the Cauvery. Spearheaded by Coorg Wildlife President Col. (Retd.) C.P. Muthanna, the protest comprises of a large number of veterans and civilians from Kodagu. This is beside the support from Kodavas who reside outside the district as well as hordes of alert citizens from Kerala and parts of Karnataka who understand the stakes at play in this ecologically destructive project.

Apart from its obvious environmental benefits, the Kodavas, the ethnic tribe of Kodagu, attribute their very culture to the River Cauvery. She is revered because the community developed along its banks.
Video courtesy reforestindia.in

“The Cauvery is dying. She needs help. If everyone who shows up for the protest planted one tree for everyone they love, we could start healing and reviving Her in an effective and tangible manner. The cutting must stop, but the planting must also start”, remarked Vinod Eshwar, Trustee at Reforest India.

In what is a clear conflict of interests and values concerning all of South India, the impending verdict on the two proposed railway lines through the Cauvery Catchment Area is crucial in light of Karnataka’s state elections set for May as well as the recently announced SC verdict on the Cauvery water-sharing dispute.

Elections aside, the Centre’s show of strong-arming the sentiments of the people who are directly affected by the proposed ‘development’ sets a precedent for the influence of hard-power. This, within an Indian democracy where far too often, the fringe is forced to resign itself to sloganeering which falls on deaf institutions’ ears. 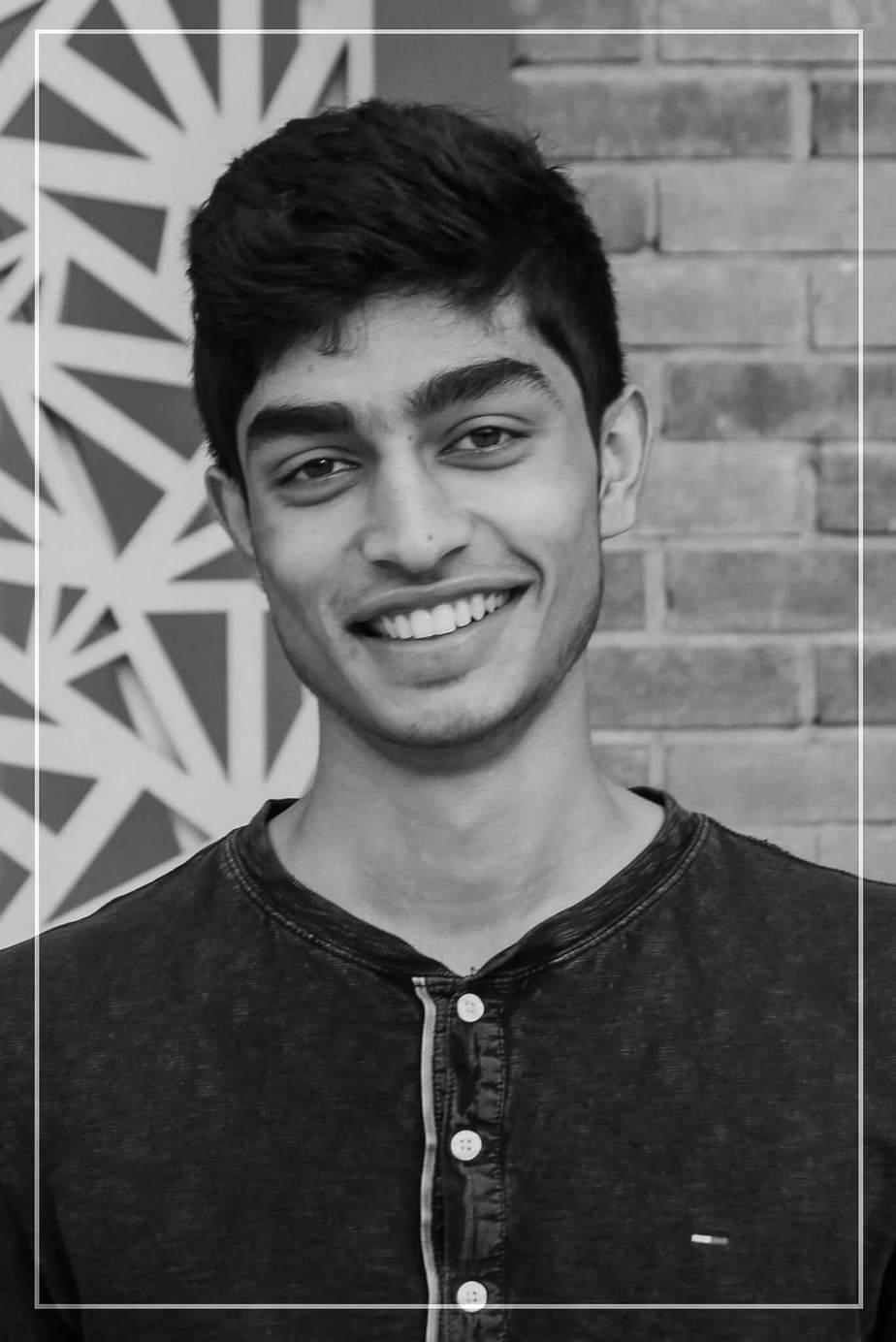