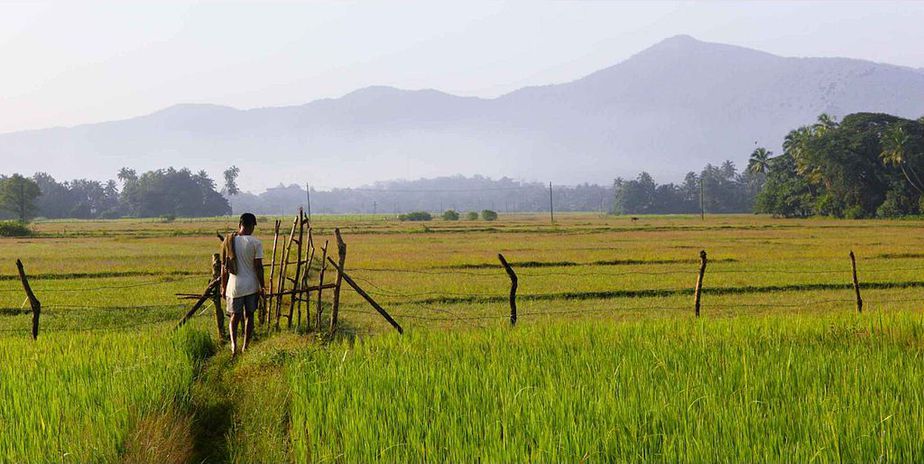 India’s large irrigation system consists of several canals, rainwater harvesting, and groundwater well systems, of which the last is the most popular. Most of the country’s irrigation systems require either electric or diesel pumps to run; more than 19 million electricity connections and nine million diesel pumps are currently in use. More than four billion litres of diesel and 85 million tonnes of coal are used per annum to support agriculture. Despite what may seem like a mammoth amount, millions of farmers are still without access to irrigation, being primarily dependent on the rain to meet their requirements.

Solar pumps or Solar Powered Irrigation Systems (SPIS) are a great cost-effective and sustainable alternative, and the state recognizes this. But why and how exactly should this system be implemented?

There are strong economic benefits for both, the farmer and the state, that arise from the use of solar pumps. When it comes to irrigation, the biggest problems for a farmer are two; diesel is too expensive, and connections from the electricity grid are too irregular. Due to this, crop yields don’t live up to their potential. If maintained well, SPIS can create a regular irrigation service, thereby increasing crop yields and revenue. Additionally, a study by the Council on Energy, Environment, and Water (CEEW) found that after the adoption of solar pumps, farmers who were growing only one crop a year were now growing three, with zero additional costs.

The state can benefit the most in its subsidy savings; replacing 1 million diesel and 1 million electric pumps with solar ones will result in annual savings of $1.26 billion and $450-520 million, respectively. Another important benefit would be the savings on diesel imports, which would be around $300 million annually. Other benefits include boosting technological advancement in this industry while creating small business employment across the value chain. SPIS will also reduce carbon emissions; 25.3 million tonnes and 2.5 million tonnes of emissions, from using 1 million diesel and electric pumps respectively, can be avoided.

An effective support structure is absolutely essential when it comes to a solution of this scale. This comes in three forms: effective distribution channels, accessible financial support, and localizing implementation.

As with any new product in a market, creating appropriate distribution channels are a must; these will make technology easier to access and allow for regularity in operations. Great distribution channels are perhaps the biggest hurdle to an effective SPIS. For instance, take something as simple as the cleaning of the solar panels; a study found that farmers cleaned their panels once in two to four weeks. This was despite being aware that the panels had to be cleaned at least once a week. In fact, so much dust was accumulated on the panels that there was not enough power being generated to start the pump in times of low irradiance! Distribution channels must not just include technical solutions, last-mile maintenance services, but also have to include regular awareness programmes.

Financial support systems are just as important as distribution channels. Solar pumps have a high upfront cost, and it’s usually the affluent farmers who can afford to bear this. While subsidies – under the National Solar Mission, farmers get subsidies and concessional loans for solar pumps by the central and state government – allow for smaller farmers to start using this technology, the support structure must go one level deeper. Organizing small farmers, and promoting a shared, community-driven approach to solar pumps can have a great impact. More often than not, farmers prefer to buy water from a community-owned pump at competitive prices. Providing accessible financial assistance to these co-operatives as such, through NABARD or regional rural banks, will facilitate the process of switching to solar pumps.

The support systems must also take into account local contexts while they’re being built. For instance, there must be different plans of action for water-scarce and water-rich regions. Take, for example, the case of Gujarat. Since solar pumps have no marginal cost, farmers end up extracting far more than they need.

Creating such an innovative and localized ecosystem around solar pumps is a must if this technology has to catch on. A target of one million installed solar pumps (by 2021) has been given by the central government; only about 1.4 lakh pumps have actually been installed. It’s obvious that this won’t be met, and that is alright. Even if the deadline is exceeded, it is first absolutely essential to create an environment where there is a want to take this new technology up. While the target and policy are well-meaning, the implementation of the programme is of utmost importance; ineffective implementation, especially when it comes to creating a support structure.

Providing regular and sufficient access to irrigation continues to be a major challenge for the Indian state. It’s great that the central and state governments have recognized the economic and environmental constraints of traditional irrigation systems, but if we are to truly provide a third, more viable option of irrigation to our farmers, there’s a whole lot left to be done.