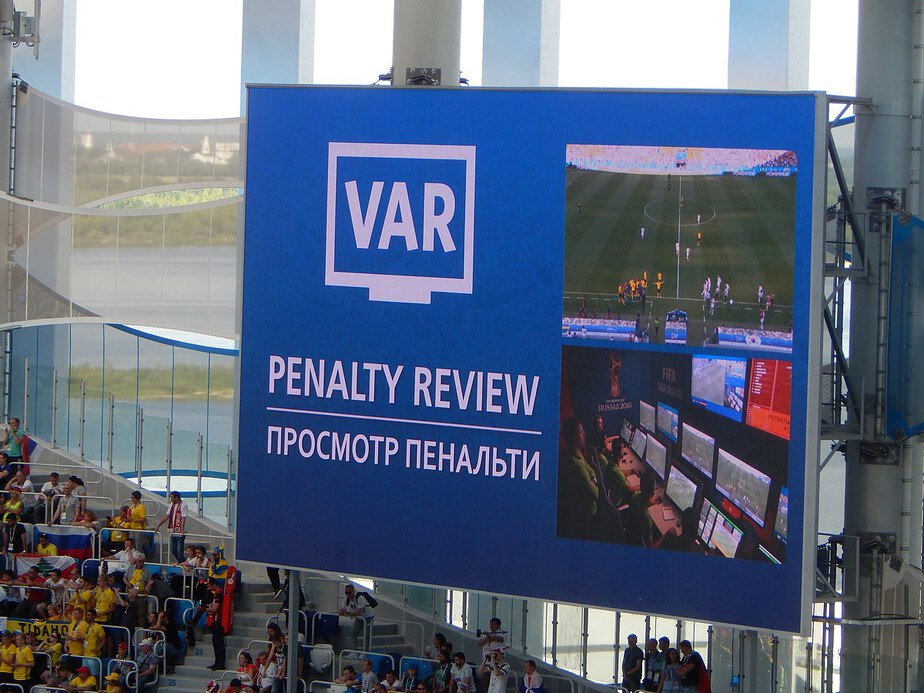 The approval and subsequent utilisation of the Video Assistant Referee (VAR) in the 2018 FIFA World Cup caused much furore, given the controversial and game-changing decisions that its use led to. As is the case with any radical change, there have been polarised voices in favour of and against the use of such decision-making technology in football.

Those in favour argue that the VAR establishes a truth that eludes the referee’s perception, thus giving objectivity to the result by eliminating the possibility of a human error in crucial decisions. This is understandable given controversial incidents in the past, like Maradona’s “hand of God” in the 1986 FIFA world cup; such anomalies could have been avoided with the help of an omniscient surveillance technology such as the VAR.

On the other hand, those against the widespread intervention of technology for in-game decisions state that VAR “sucks the emotion out of the game” by disrupting the flow of events on the pitch. As Matt Ford argues, “Just the knowledge that a goal, penalty or red card isn’t actually final until it’s been double-checked by a video referee acts as a huge break on the emotions – both euphoric and despairing – that make live football what it is.” One cannot help but agree with Ford’s claim that the VAR alienates live spectators, who are a crucial component of the spectacle that competitive football is today.

Both voices have their merits and shortcomings, making it vital for spectators and sportspersons alike to not only debate whether VAR is ‘good’ or ‘bad’ for the sport, but also to evaluate what it exposes about football: the position that the sport occupies within the complex intersection of entertainment, ethics and ideals, and surveillance.

Varying Standards for Sportspersons and Referees

The most recognised sportspersons of our era, like Cristiano Ronaldo, Lionel Messi, Sachin Tendulkar and Serena Williams, are performers known as much for breaking multiple records as for anything else.

Ronaldo, who has already surpassed many known boundaries of fitness, is likely to play a World Cup at the age of 37, continuing to dominate a sport in a position wherein participants are known to peak in their mid-twenties. Tendulkar has scored a hundred centuries in his successful career, having shown an unprecedented, unimaginable amount of composure and consistency. There’s a reason why his supporters, ardent and moderate, call him the God of Cricket. Despite multiple claims that she is prolonging the imminent end to her career, Williams played the 2018 Wimbledon final at the age of thirty-six, an age that most would consider too advanced for the exertion, both physical and mental, that is intrinsic to Lawn Tennis.

The best performers in any sport constantly challenge the human limits of fitness, discipline, consistency, and determination among many other qualities. The fact that young sportspersons today threaten to eventually surpass the lofty records set by current stalwarts only goes to show that one of the functions of sport is to push the accepted boundary of human capability, never allowing it to rest on its already formidable accolades.

Does this function of sport, as something that allows us to soar past our own limits, also apply to referees? The unequivocal answer is evident in the substitution of a referee’s human subjectivity for the mechanically objective gaze of the VAR.

What does such a substitution say about an arena where humans are given the opportunity to challenge their own limits?

To say that Ronaldo is super-human is to say that he is at the forefront of sport insofar as he continues to break the shackles of his physical, mental, and footballing limits. Why then is the referee — who is arguably as much a part of the game and as much of a sportsperson as a player — reduced to the merely mechanical function of making binary, black-white or win-lose decisions?

Composure, patience, calmness, and the fortitude to face emphatic dissent are all vital threads that weave together to form the durable fabric of a good referee. Just as players have been challenged to expand the limits of fitness and consistency in order to succeed, the best referees like Felix Brych, Mark Clattenburg, and Martin Atkinson among others have been called upon to demonstrate unwavering equanimity in order to maintain fairness, honesty and a semblance of harmony in a game.

If the attributes of constantly challenging oneself, perseverance, and prowess all together make a sportsperson, so does human error. When referees are expected to possess these same, sportsperson-like attributes in tough situations, it is only fair to the humanness of the sport that they be afforded some room for error without being precariously subjected to the constant threat of replacement by technology.

Sport is not simply contained within the act of playing, it is also a highly marketable product. The lack of leniency towards a referee, a lack embodied in the ostensible need for VAR to objectively verify the truth, is symptomatic of a result-oriented approach towards sport. What matters most i.e. what is most marketable at the end of the game is the result: who scored how many goals and who conceded how many. It is only fitting that the VAR has been celebrated, by Matt LeTissier (who happens to be a former goal scorer), as a redeemer of football by virtue of being a set-piece specialist’s dream; it allows for a higher frequency of events that have a direct impact upon the result. Fair play and honesty, attributes of the sport that also fall under the referee’s jurisdiction but are not as consequential to the result, are relegated to being secondary priorities.

This is not to say that objectivity and fair play are mutually exclusive. In fact, video surveillance of the game has often enabled authorities to adjudicate on fair play as well. However, installing the VAR, which is primarily a result-oriented move, is the same as monitoring an individual under constant surveillance to ensure good behaviour. An op-ed that relates the benefits of the VAR rightly claims, “If you believe Zidane deserved to go, even though the referee and his linesmen missed his indiscretion, then you philosophically accept the need for video evidence, regardless of your views on how it is currently being implemented.” Indeed, it is because of the cameras that Zidane was penalized, and that unfortunate events such as Zidane’s indiscretion do not occur on pitches across the globe every day.

But why do we need the camera in order to ensure good behaviour? Somewhere along the way, sportspersons seem to have lost what is commonly known as a ‘sportsman’s spirit’. Honesty and integrity seemed to have been the ideal governing even competitive sports, but that no longer seems to be the case.

Players seem to be happy, albeit in the heat of the moment, to push, dive, and bite for the sake of a favourable result, and we as spectators have accepted and are indeed celebrating constant surveillance and subsequent punitive action as the only forms of redressing such behaviour. We are confusing punishment for correction.

If the only way to prevent on-field misbehaviour by sportspersons is to subject them to the rule of camera and screen, the two weapons of mass surveillance of the twenty-first century, then maybe our approach to sport, as viewers, as regulators, and as sportspersons, is in dire need of reconsideration. Surveillance does not ensure intrinsic moral behaviour on the part of its subjects, only conformity. If football today needs an omniscient big brother in order to prevent immoral, ‘unsportsmanlike’ means to achieve desirable goals, then we need to question our desire for these very goals.

Once again, what is it that we expect from sport? Do we still care about fierce competition, challenging the limits of what is humanly possible, teamwork, and many attributes such as integrity and honesty that make humans worth celebrating? Or are we happy to subject all these takeaways to the violence of surveillance and punishment for a result that no one will even remember in a few years? One needs only glance at the number of doping related scandals tarnishing competitive sports globally to realise that somewhere along the way, integrity lost out to victory.

The VAR opens our eyes to the fact that it is time to re-evaluate what sports mean to us. Do we care about the game or are we satisfied with a score-line? And as the saying goes, one does not necessarily reflect the other. 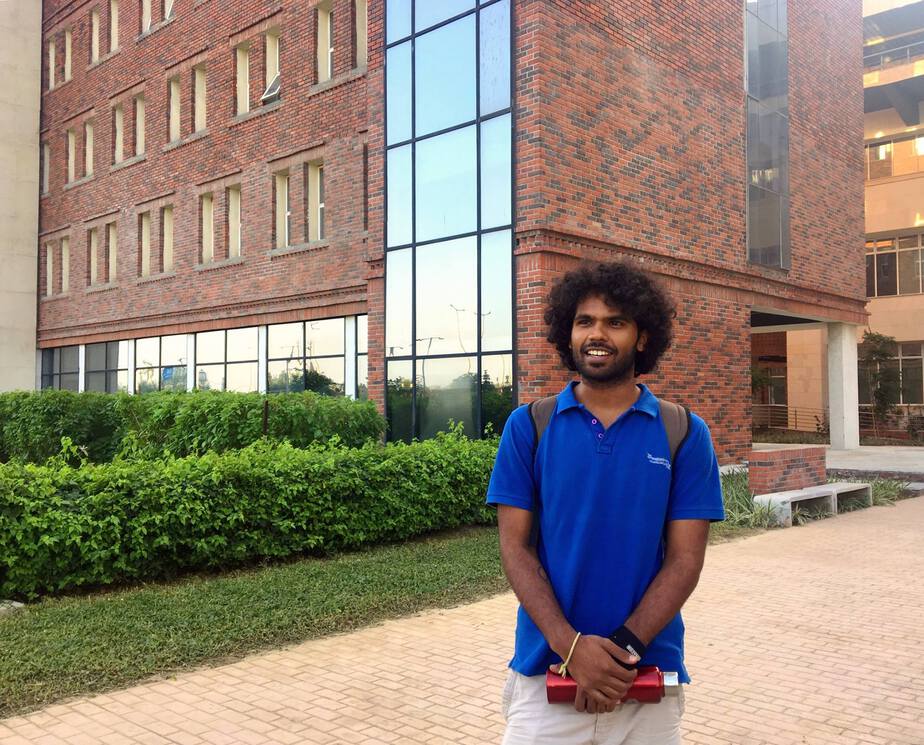