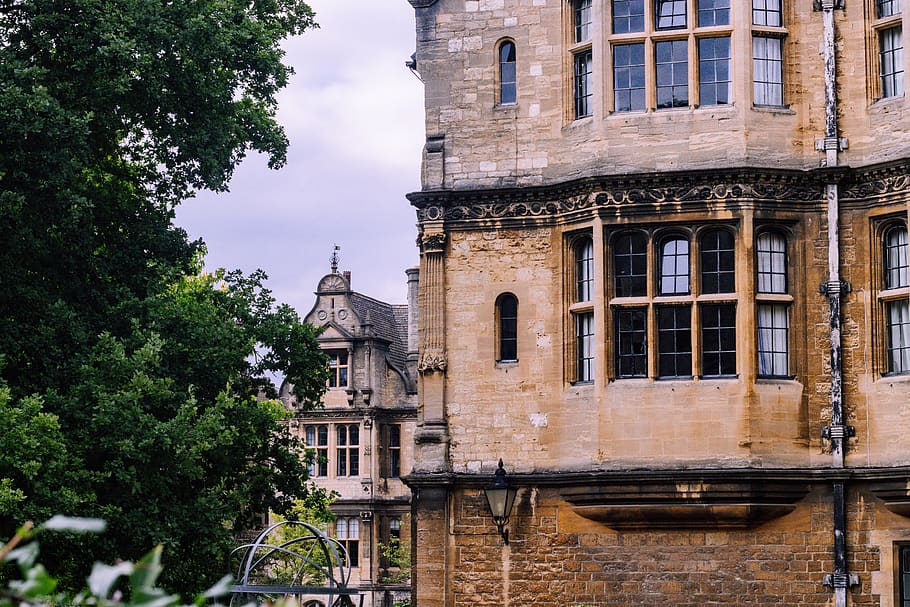 “Growing up, I remember the emphasis our teachers and parents placed on ‘good English’ skills for a successful future. The students in British and American schools were ‘cool’ to us. I remember teachers and friends commenting on how the Indian Certificate of Indian Education (ICSE) was better than CBSE and Indian State board curriculum because the material English students learned was of a higher level. Even as my classmates and I shaped realistic (and affordable) dreams of university education in India–given where our education stood in international admissions hierarchies–we still aspired for proximity to the West.”

When I tell people that I grew up in Bahrain and went to a Delhi Public School (DPS) there, their usual responses are along the lines of, “DPS is everywhere, soon it will reach Mars.”

Well, DPS and other Indian curriculum schools have reached several South Asian, South-East Asian, and Gulf countries, and they may indeed reach Mars—but, they will never reach Europe and North America. I wonder if there is something intrinsic to the value of Indian education that allows it to function in some regions of the world but not others?

The reality of global educational hierarchies, which are all shaped by the ‘value’ of Western education, impacts how Indian knowledge systems are received both in India and abroad. These complicated hierarchies also shape the aspirations of students, and whether they can realise their goals or not, is accelerated by caste and class privileges.

School Life in Bahrain: The Hierarchies of International Education

As well as education based on South Asian curricula, schools in Bahrain offer Bahraini, American, British, and French curricula too. Indian curriculum schools like DPS were—and still are—popular among the large Indian middle-class diaspora in Bahrain, which saw these schools as an affordable way to give their children an ‘Indian education’.

All seven Indian curriculum schools offered the Central Board of Secondary Education (CBSE) syllabus. More importantly, though, Indian schools were meant to serve a ‘diasporic’ purpose by educating ‘Indians’ outside of India. And so my lessons, and the school’s practices and academic curriculum, shaped my diasporic engagement with ‘Indian belongingness’.

Students were expected to sing the Indian national anthem every day, our classmates and teachers were mostly Indian, and upper-caste Hindu rituals like ‘lighting of the traditional lamp’ were practiced regularly at events. Our examination papers—sent from India—tested our knowledge of Indian history based on a syllabus that systematically erased Dalit and Adivasi histories. We were taught to be a specific kind of Indian—this was the ‘diasporic’ purpose our schools served.

Now, these lessons are indeed similar to those taught in India as well. However, outside of the mainland, students access ‘India’ mostly through family and Indian schools; education systems play the most important role in socialising a child as ‘Indian’, while school environments reflect how caste-based categories can manifest outside India.

On the other hand, schools teaching American and British curricula (IGCSE and IB being the most popular), appeared to offer an ‘international education’. These schools were significantly more expensive and were ranked highest in the perceived hierarchy of schools in Bahrain. Entry was competitive, with long waiting lists and expensive application and registration fees. They boasted of their ‘multi-cultural’ population, comprising students from different nationalities.

These schools were never seen as ‘diasporic’ and appeared to have a broad appeal—unlike Indian schools, which appealed only to middle-class South Asians. For those South Asians who could afford it though, ‘international schools’ remained the first choice. Why was this the case?

The Difference Between a Transnational and International Education

An ‘international’ (read: Western) education was—and still is—considered ideal as it was expected to produce immense opportunities for students. It was derived from countries in the West, and taught knowledge and skills that non-Western boards apparently failed to instil. Western education was thus constructed and functioned as the ‘default’ superior standard.

And so, my Indian school in Bahrain never really met the privileged standards of an ‘international school’: it was an example of ‘transnational’ education, instead, a decidedly lower rank. A transnational education system can extend to countries whose systems don’t match up to perceived standards of ‘quality’. An international education on the other hand, which is simply ‘standard’, everyday education in the West, is always up to the mark, regardless of the country it is taught in.

How did this play out? Even though they were lower than Western schools in the perceived social ranking, Indian curriculum schools found space in Bahrain because they were considered superior to Bahraini schools, which offered the Tawjihiyya curriculum. So the perceived inadequateness of Bahraini education, combined with the larger expatriate population, created space for transnational Indian curriculum schools like DPS in countries like Bahrain.

Conversely, the perceived superiority of a Western international education—whose quality or content is rarely questioned whether in Western centres of power or otherwise—offers no space for Indian education in the UK and USA.

Positionality and location clearly matter when determining worth and value in our global systems. That’s why DPS has not and will not reach Europe and North America, despite these regions having large Indian diasporas. That may also be why my DPS education is amusing to those who wonder how Indian schools managed to expand and compete outside of India at all. Perhaps a better question to ask is where they were able to ‘successfully’ expand instead.

Of Aspirations and Recognition

For example, the Tawjihiyya curriculum offered by several Gulf countries and most South Asian curricula are not considered sufficient for admission to a Western university. The Indian CBSE curriculum was only accepted for undergraduate admissions in the UK as late as 2014. Despite this, the high entry requirements, and expensive mandatory English language tests make it disproportionately difficult for CBSE students to gain admission in UK universities; and near impossible for students from State Boards and other less ‘recognised’ education systems in India.

These entry requirements to ‘top universities’ reward curricula for their proximity to Western-ness. Western schools are rewarded highly, thereby reinforcing the hierarchies of school education described above, and shaping the aspirations of students in multiple, complex ways. This does not necessarily translate into dreams for an education in the West—but certainly, aspirations for cultural proximity to the West since the successful realisation of these aspirations can be empowering for many.

However, the realisation of aspirations is dependent on privileges. The discontents of education are that those who are caste and class privileged can easily reach goals that education systems teach them to aspire to.

Class inequalities, which in and of themselves are shaped by caste, determine access to Western schools and ‘elite’ Indian schools. The same inequalities determine access to coaching centres for standardised tests, and subsequently, access to ‘western’ university education, whether in India or abroad. It is these parameters that are recognised and rewarded by the ‘best’ universities. After all, the prestigious Rhodes scholarship is awarded to five Indian students every year to study at Oxford—most of whom are from a handful of prestigious state institutes (whose admissions are also complicated by issues of elitism), international schools, or Ivy League institutions.

As the transnational Bahrain experience shows, Indian school education also experiences similar, more complicated inequalities both abroad and at home. If COVID-19 related inequalities were not enough, the recent National Education Policy (NEP) which seeks to discard English as the medium of instruction at the school level, but simultaneously model Indian university education on Western education management practices, will only deepen existing inequalities that determine the realisation of aspirations.

Featured image: buildings at the University of Oxford. | Views expressed are personal.