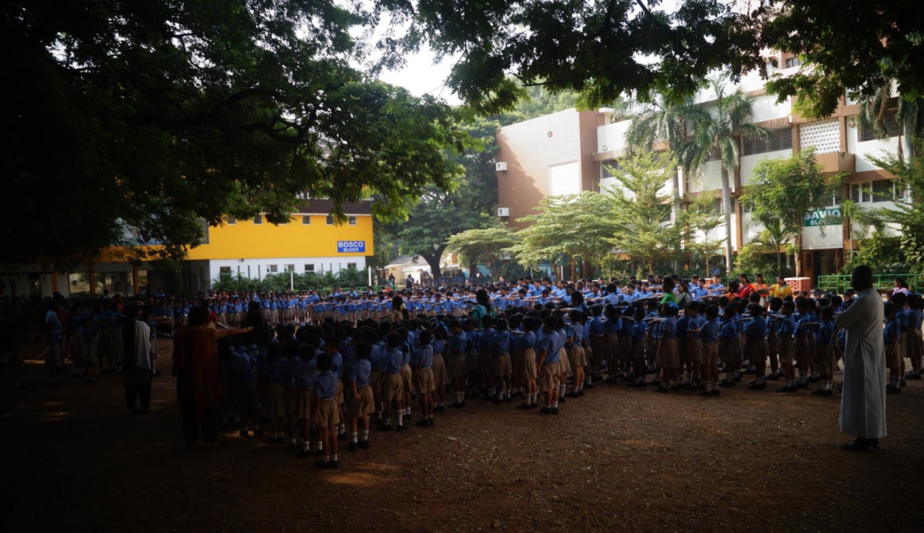 Public action in today’s day and age need not be limited to a protest, internet campaigns or vigils. Collective public action has several other dimensions to it, and a Chennai-based citizen movement called the Chennai Tricolor Initiative (CTI) seeks to explore them. It wants to change the meaning of participation as a citizen of India. Since its inception, the initiative has involved “citizen participation and engaging people in India’s democracy,” as described by Mr Vijay Anand, a founder of CTI, in an interview with The Bastion. They identify and create tangible, workable activities and opportunities for citizens to take greater ownership of their surroundings.

The movement started off with great flair: their goal was to erect Tamil Nadu’s tallest national flag. The projected tricolour would stand proudly tall at 207 ft, at the centre of Marina Beach. “Over the past 70 years, we have [somewhat] resigned ourselves to giving up these symbols of the State — when it doesn’t necessarily belong to the State, but to its people,” laments Vijay, when asked about the inspiration of the CTI. 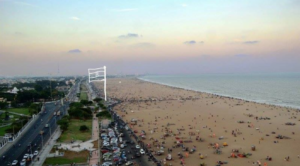 “This will be different from other national flags because the cost of the monument will be entirely crowdfunded and every citizen can contribute for as less as ₹10. One of the core principles lay in the Initiative’s apolitical and non-partisan approach. This is not intended to merely ‘reclaim’ the national flag symbolically, as citizens, because it’s no use if the movement stops once the flag is erected. The hope is that the process begins to mean something.” The flag aims to become the motivation for other active citizen-led movements, constantly reminding us of who the nation actually belongs to.

Setting up a 207 feet tall flag bang in the middle of an iconic location — at the capital of a state that plays an indisputable role in the constant evolution of the modern Indian State — without political support was not going to be an easy task. Little needs to be said to make this argument; the initial estimate for installing the flag was 50 days. Seems naive now, doesn’t it?

This is because it has been 2.5 years since the start and the flag is still nowhere to be seen. Albeit a first-of-its-kind proposal, even the bureaucracy does not seem to have a by-the-book machinery to accommodate it. CTI’s proposal has gotten a clearance from 27 departments so far, but still, no official GO (government order) has been passed. The process has stagnated because the state government has been constantly busy handling other pressing matters — the political instability caused by three Chief ministers’ assuming office in this period, the Jallikattu and Cauvery protests and more. Vijay makes it a point to say, “There are agitations and the most recent the Sterlite uproar has had the government’s task cut out. Put simply, “TamilNadu hasn’t had a break”.

Installing one of the nation’s tallest flags did not go unnoticed by regional as well as national political parties. In fact, several attempted to cash in on the virtuosity of this citizen-led movement. Such advances were immediately refused; coupled with the CTI’s refusal to give bribes at several stages of government licensing, the process became considerably more tedious. Yet, the fact that the existing money was crowdfunded makes it even more important for Anand’s team to ensure that it is utilized with integrity.

It has been two and a half years since the Chennai Tricolour Initiative began and the fact that the core volunteers are still going strong shows their commitment to its ethos. Although several did drop out after the initial gusto passed, each volunteer who remains has a meaningful reason to stay for the long haul. After all, the flag is just the beginning of this movement’s goal of creating a lasting change led by an active citizenry.

For those who cannot give all their time, there are other short-term volunteering efforts taken forward by the larger base of almost 16000 people who have taken the CTI pledge. They partake in CTI-organised activities in times of need (like during demonetisation and cyclone Vardah) apart from activities like cleaning up and painting the walls of the city. 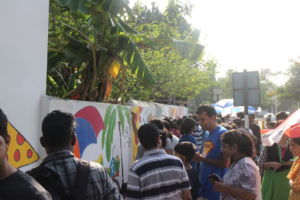 Emblematic of their citizen-oriented approach to problem-solving, the CTI recently released an app for Chennai called ‘What Your Ward’. It identifies one’s ward and lets them join a Whatsapp group to discuss issues pertaining to it. In an attempt to enable more citizens to take responsibility for their wards, the CTI has action plans at various levels of involvement in the pipeline. For example, if waste management is plaguing a certain ward, something as simple as reporting the problem and following up with relevant authorities will be enabled by the CTI. If this snowballs, the citizens could create community-specific solutions of their own (like composting) alongside elected representatives. When provided with options for varying levels of commitment, citizens can choose the scale at which they intend on participating in the world’s largest democracy with their own important contributions. 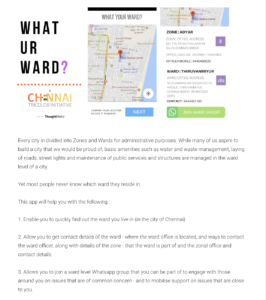 The CTI has a bold vision for their future operations; “…we want to create a Centre for Democracy of some sort, where we can call people from other emerging democracies”, Anand tells me. The spirit of this citizen movement can be replicated to ensure a brighter future for India’s journey as a democracy. At the end of the day, the Chennai Tricolour Initiative’s modus operandi is simple: create the necessary shift from armchair whining and activism to tangible problem-solving. Two-and-a-half years into its struggle, one of the country’s largest flags will stake a claim for the potential that citizens have for shaping their country. Only when this is realised can India truly be a state created ‘of the people, by the people, and for the people’.