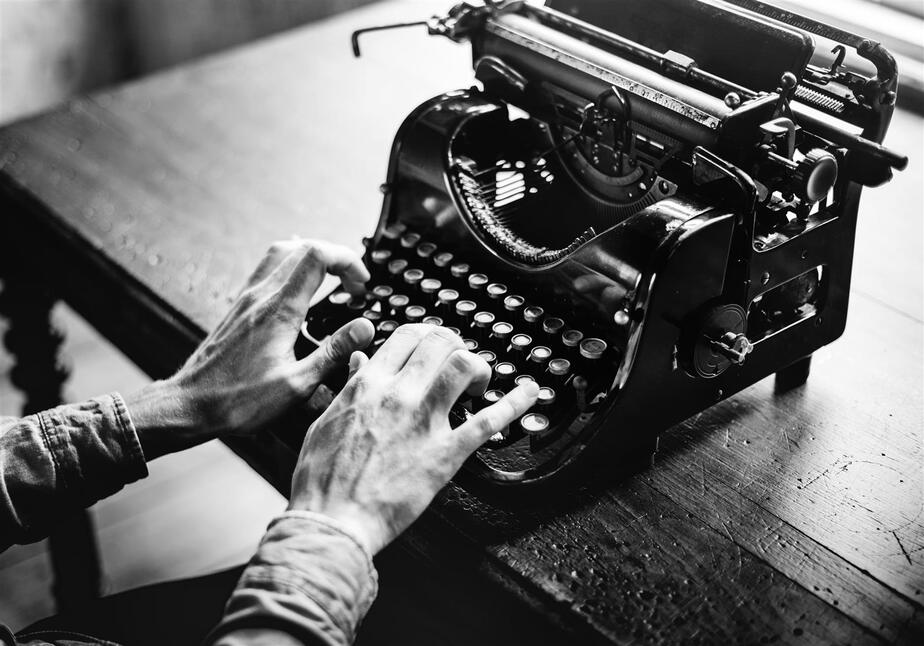 Researched and written by Aarathi Ganesan

“It was hard to paint the world and men and, at the same time, to live with them.”

─Albert Camus, The Artist at Work

A precarious news environment has led to cries for the return of “objective” news at the forefront of public discourse. Increasingly perceptive social media platforms feed the public what they want. Authoritative figures can seemingly no longer bear the rise of a new class of socially conscious individuals, whose singular clicks fuel industries, careers, and political economies. The champions of objectivity and truth seem to be utterly shocked by this age of darkness. But, hasn’t the demise of objectivity been triggered by nothing but this long-held obsession with objectivity itself?

Objectivity and the news media have always had a contentious relationship, with newspapers and pamphlets being traditionally used in the West to spread openly divisive propaganda

Such a relationship was hardly surprising as these papers functioned at the mercy of politically motivated beneficiaries[I]. Even when newspapers strayed away from political connections during the 19th century, their blatant sensationalism never waned; and so stories about sex, funny animals, foreigners, and inter-/intra-state political dramas sold like hotcakes[ii].

To blame just the media for this would be unfair. Academics can comfortably reside behind a paywall of objectivity and scientificity, but news organisations are left to fend for themselves in a viciously capricious industry environment. They must cater to their readers, a requirement that cannot coexist with the idea of “one objective truth”. “The public”, after all, is an entity that stretches across a range of socio-cultural factors, motivations, desires, and worldviews. The “public” is in fact comprised of many publics.

Between the political influencers and this diverse public lies the very complex midway point occupied by the media. It upholds the key tenets of any democratic state, serving its imagined public. The survival of democratic leaders depends on the information the media gives the public. The largely conservative democratic spirit and nation-statism of early democracies in the 18th, 19th, and the early 20th centuries, therefore, was generously upheld thanks to the sobriety and passivity of an easily influenced news media[iii][iv].

But soon after the World Wars, grassroots politics, decolonization, and revolutionary politics stormed the world. Traditionally powerful socio-cultural influencers started to fall from power. Identity formation and information gathering were now left in the hands of an increasingly assertive public, in conjunction with a media now left alone to wield its power.

Objectivity became the norm of the new discerning news house. Objectivity decried fundamentalism, and detachment implied fairness. These were the only measures the media could use that would effectively combat hegemonic public influence[v]. The political class was now a slave solely to the reasoning of the ‘objective’ media; the public waited at the latter’s gates to form views. And so, thanks to the ample political misdemeanours of the 20th century, the news media became inundated with objective, critical, and often, angry pieces about those in power. The state, the colonisers, and their assorted pals became the focus of extensive political, economic, and social journalism. Such investigative journalism has done great service to citizens and has toppled illegitimate regimes.

However, especially post-Watergate, later developments in mass journalism that rode off the back of serious investigative journalism, became increasingly intrusive too. The line between purposeful investigative journalism and poorly formed opinions disguised as journalism became increasingly thin. Journalists, thanks to the rise of tabloid culture, now felt the need to include tasteful snippets on celebrities’ marital stability, vacation spots, preferred fashion houses, and favourite medical treatments[vi][vii], in their ‘serious’ narratives of social life. How relevant these details are is debatable, but they do point towards an overarching power of the media to project certain highly personal preferences as “right” or “wrong”, and to encourage general scepticism over allowing the benefit of the doubt.

If the mass media is to be trusted as the only fair player in a somewhat flawed political system, then turning to cheap cuts of personal lives provides it with wonton influence, yet again masking its inherent socio-cultural biases behind “objectivity”.

The passive, unquestioning reception of such news by the public is worrying. Mankind’s multiple opinions cannot, and should not, be determined by a few wannabe-objective individuals who otherwise, by human nature, are wired to be subjective. The future of the news media and the extent of its powerful role in shaping public opinion is not particularly promising either.

The level of ideological investment in the news media in the digital era is astonishing. The increasing reliance upon social media platforms to deliver news via algorithmic preference (if anything, they are the media publishers of this era), has resulted in increasingly individualistic and subjective news consumption. News organisations can now openly commit themselves to their beliefs on political events, delivering their bulletins to the specific sections of the public that they cater to. Of course, within their own universes, these beliefs are “valid” or “factually correct”, and are rarely impactfully challenged outside of their cosy realms. And yet, if the objectivity and reasoned interpretation of good journalism have merged with junket trivia, dangerous biases, and political pot-shots as mentioned earlier, then is all of this subjective, fake news even “fake”? Considering the trajectory traced out by the news media that I’ve traced, this has been the state of affairs for a while now. Objective journalism is objective to only those who choose to subscribe to it.

And so we see that the news environment has never really been objective: at best, it has masqueraded under the guise of objectivity while silently fulfilling its own multiple (and often understandable) objectives.

The end result of this has been “a public of publics” hungry for recognition beyond their homogenization, a reliance upon a capricious market, and an increasingly darkening spectre of industry Godfathers

Right now, a few powerful news media houses are playing judge, jury, and executioner to an increasingly captive public. If the news media at large continues to uncritically use its social privileges and biases to deliver “objective” news, then it is more likely that they will galvanise social unrest and inequity. Such outcomes are antithetical to the public good, and perhaps, the founding ideals of critical investigative journalism, which rallied against majoritarianism.

Amongst other things, what is required is a more responsible style of journalism, one that does not foolishly or superficially commit itself to Utopian ideals, but one that acknowledges subjectivities of opinion and lived experiences. Objectivity for objectivity’s sake has warped the media’s definition of public responsibility; instead, subjectivity for objectivity’s sake will prove to be a better operational ethos.

Featured image by rawpixel.com on Unsplash

Technically Speaking, Here are 4 Ways You & I Can Combat Fake News