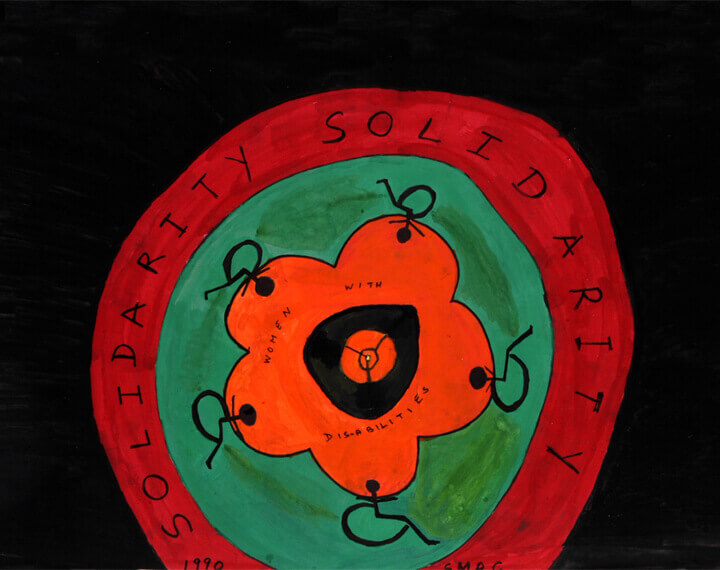 Meera* is a young school-going girl, who uses a wheelchair. Her school van fetches and drops her home everyday. Meera needs help from the attendant to sit in the van. The attendant molests her daily while doing this. She knows that her mother cannot afford any other mode of transport, and that speaking up would cost her her education. So Meera remains silent

Like Meera, young girls and women with disabilities (WWD) in India are often the targets of such sexual violence. With little state-led protection against sexual violence, this has incentivized parents to sterilize WWD to avoid unwanted pregnancies. The fall-out of this is that when women are diagnosed with a disability, they can be wrongfully denied the right to experience their sexuality, maintain sexual relationships, and start a family. WWD are perceived to be ‘sexless’, as they are socially constructed based on their disability, with little scope for self-conscious sexuality. This forced, non-consensual procedure can be classified as an act of violence, stripping WWD of their reproductive autonomy.

Anything that causes “disturbances of an individual’s physical or psychological functioning that are not culturally accepted and that lead to psychological distress, behavioural disability, and/or impaired overall functioning,” can be termed a disability or disorder.

In some cases, the opposite is assumed: WWD are considered ‘hypersexual’, with no control over their sexual urges. Reports describe women in mental institutions and hospitals as dressed in loose, shapeless clothes, with (forcibly) cropped hair. They are discouraged from keeping themselves “clean and attractive”, to ensure that male patients aren’t provoked. Such violent treatment is both dehumanizing and demeaning.

Although their reproductive rights are enshrined in numerous legal instruments, an alarming 93% of women and girls with disabilities in India have been, and continue to be denied them, raising ethical dilemmas surrounding reproductive autonomy, parental rights, and what constitutes acting in WWD ‘best interest’.

Of Stigma and Sterilization

Above all, the main factor spurring sterilizations remains the vulnerability of WWD to sexual violence. While WWD are recognized as victims of sexual violence, the highly contextualized nature of sexual abuse experienced by different women remains unrecognized. This leads to blanket treatment of cases (if registered at all) instead of sensitive responses.

“Almost 80% of women with disabilities are victims of violence and they are four times more likely than other women to suffer sexual violence.”

For instance, autism enhances sensory functions, such that autistic victims of sexual assault may experience the attack in an intensified manner. Women with physical disabilities have limited mobility and may face difficulties in escaping violent situations. Women with mental disabilities may not be aware of the criminal nature of the violence inflicted. In addition to these horrific experiences, suicide contemplation is a prevalent issue, as are Sexually Transmitted Diseases, Sexually Transmitted Infections, and unwanted pregnancies. WWD generally lack accessible, comprehensible information on how to process, and if needed, protest sexual violence.

These circumstances are used as justifications to absolutely curtail the reproductive autonomy of WWD. Sterilization of WWD initially occurred (and continues to in the present) to prevent ‘unfit’ women from producing further offspring ‘like them’. Additionally, parents and caregivers often believe that individuals with disabilities may not understand sexual intercourse, pregnancy, and childbirth. Explaining these processes, and caring for WWD going through them, becomes an additional burden on parents. Therefore, WWD reproductive autonomy is legally ‘handed over’ to parents or legal guardians, and enforced through the use of contraceptive pills, like DEPRO-V.

Forced sterilization also occurs in order to ‘better manage’ menstruation and personal hygiene. Adolescent girls with disabilities often cannot comprehend their menstruation cycles. Some refuse to wear pads, feel extremely uncomfortable, and soil their clothes — all bringing further ‘embarrassment’ to their parents. This often causes parents to be violent toward their children until they learn how to manage themselves.

WWD often require specialized care and institutions. Yet, the biggest predators are often their caretakers (attendants, doctors, nurses, and sometimes parents or family members), who abuse their access by inflicting sexual violence. As people with disabilities are largely dependent on their caretakers, the abuse is often accepted to sustain sources of care and financial support. Given this power inequality, many victims shy away from raising complaints, out of the fear that no one will believe or support them.

Thus, unchecked sexual violence remains the major factor affecting the knock-on stigmatization and sterilization of WWD, yet little is done to tackle it by the state. Cases often remain unheard due to the inaccessibility of the justice system. A Human Rights Watch (HRW)  report states that in 15 out of 17 cases in India, WWD were left unattended, not taken seriously, and/or suffered further sexual violence by authorities while trying to file a complaint. This further renders many WWD helpless and lonely in the face of a dispassionate legal system, triggering health complications.

The invisible sexual abuse faced by  WWD can also result in the onset of harrowing mental disorders, besides enhancing existing ones. Some adolescents develop eating disorders such as Anorexia Nervosa and Bulimia Nervosa due to unhappiness with their appearance and disability, as well as to escape further abuse. Other disorders that arise are anxiety and insomnia, generated by an unpleasant and worrisome state.

A crucial step forward is ensuring the justice system is accessible to WWD, to hopefully ensure that efficient, sensitive assistance is received during traumatic situations. For example, hiring translators, and educating state officers about different kinds of disabilities, helps in identifying the kind of help an individual requires, and the degree of care. Employing more female officers and officials could help reduce the fear of interacting with officials as WWD may more comfortably share intimate details, and participate more freely in examinations. A cognizant State could help deter such en masse sexual misdemeanours against WWD in India. 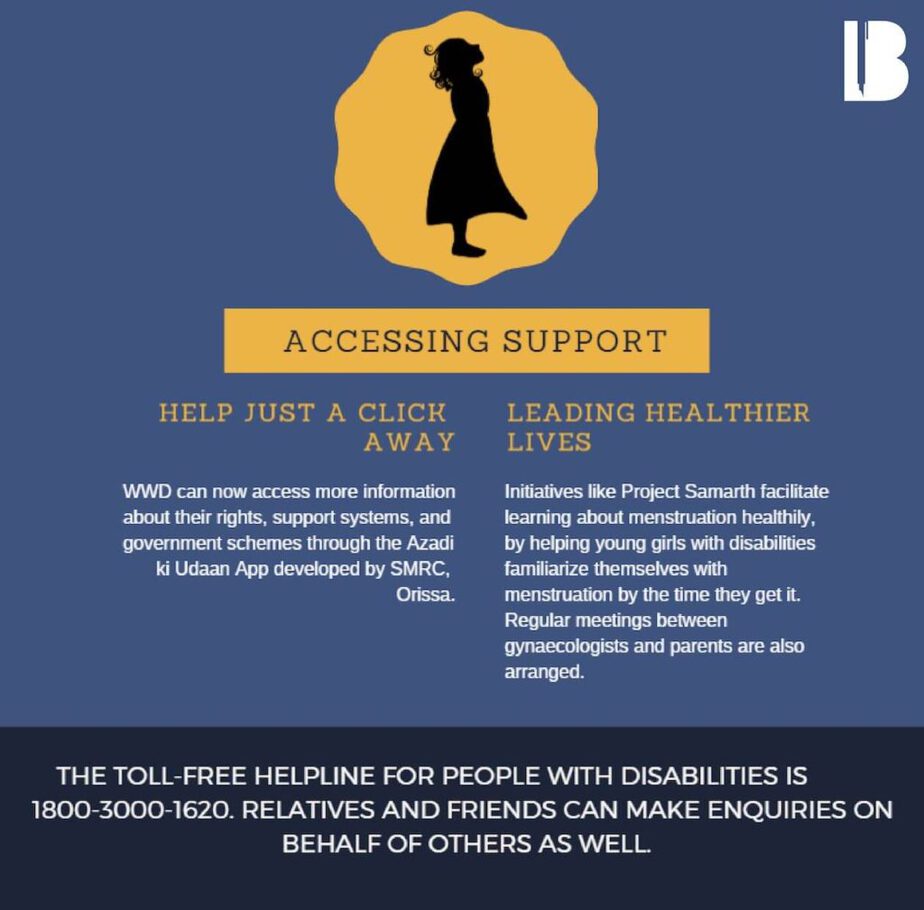 NGOs also play a large role in the process of sensitization, advocacy and support. Dr. Shaibya Saldanha, senior gynaecologist and co-founder of Enfold, a Bengaluru-based NGO working towards child safety in India, describes how sexual assault complaints are dealt with by her organization. “When someone approaches us with an instance of molestation, we first must notify the police if the girl is under 18. It is not mandatory if she is an adult. The next step is to engage in a discussion with the child and their parents/any guardians. I give them the legal knowledge and support they need, by making the information understandable and accessible to them. In some cases, where medical certificates and records are necessary, I assist them in getting them.” The important work done by such organizations aids WWD, providing them with access to the mechanisms that they are legally entitled to and protected by.

Rampant unpunished sexual violence against WWD has only catalyzed their stigmatization by Indian society. As prejudices against disability and gender subsequently intertwine to worsen their lived experiences, ensuring that the root cause is effectively tackled is the call of the hour. Women’s sexual politics and rights India are finally in the national public limelight. In this moment of renewed conversation, it is imperative that the sexual trauma of ‘conventionally’ sidelined WWD also takes centrestage.

* Names have been changed to maintain anonymity 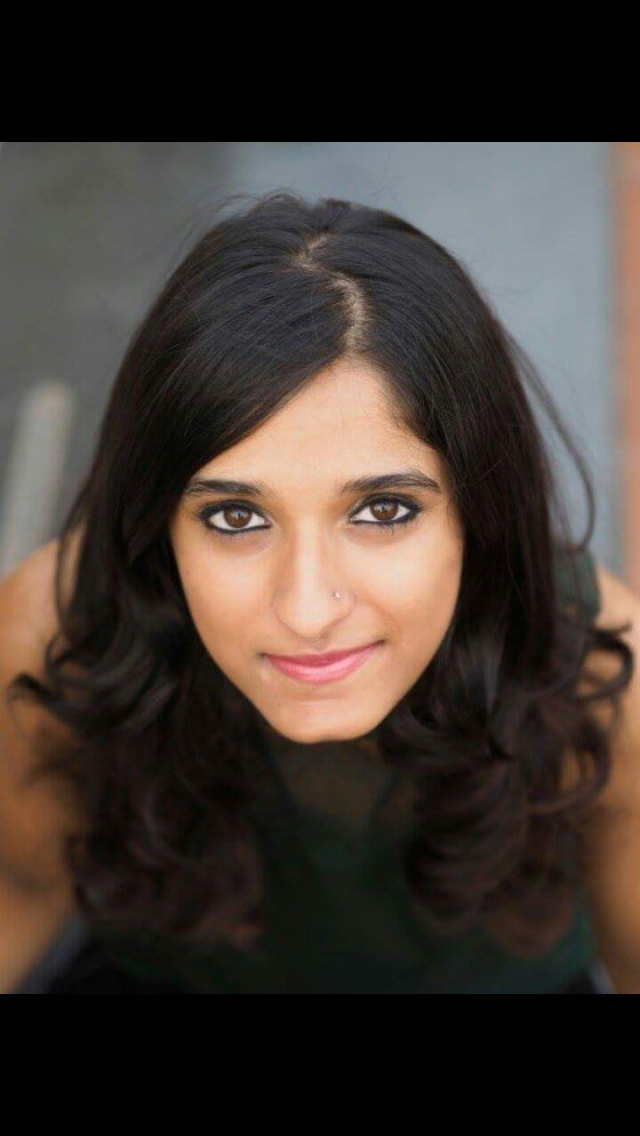