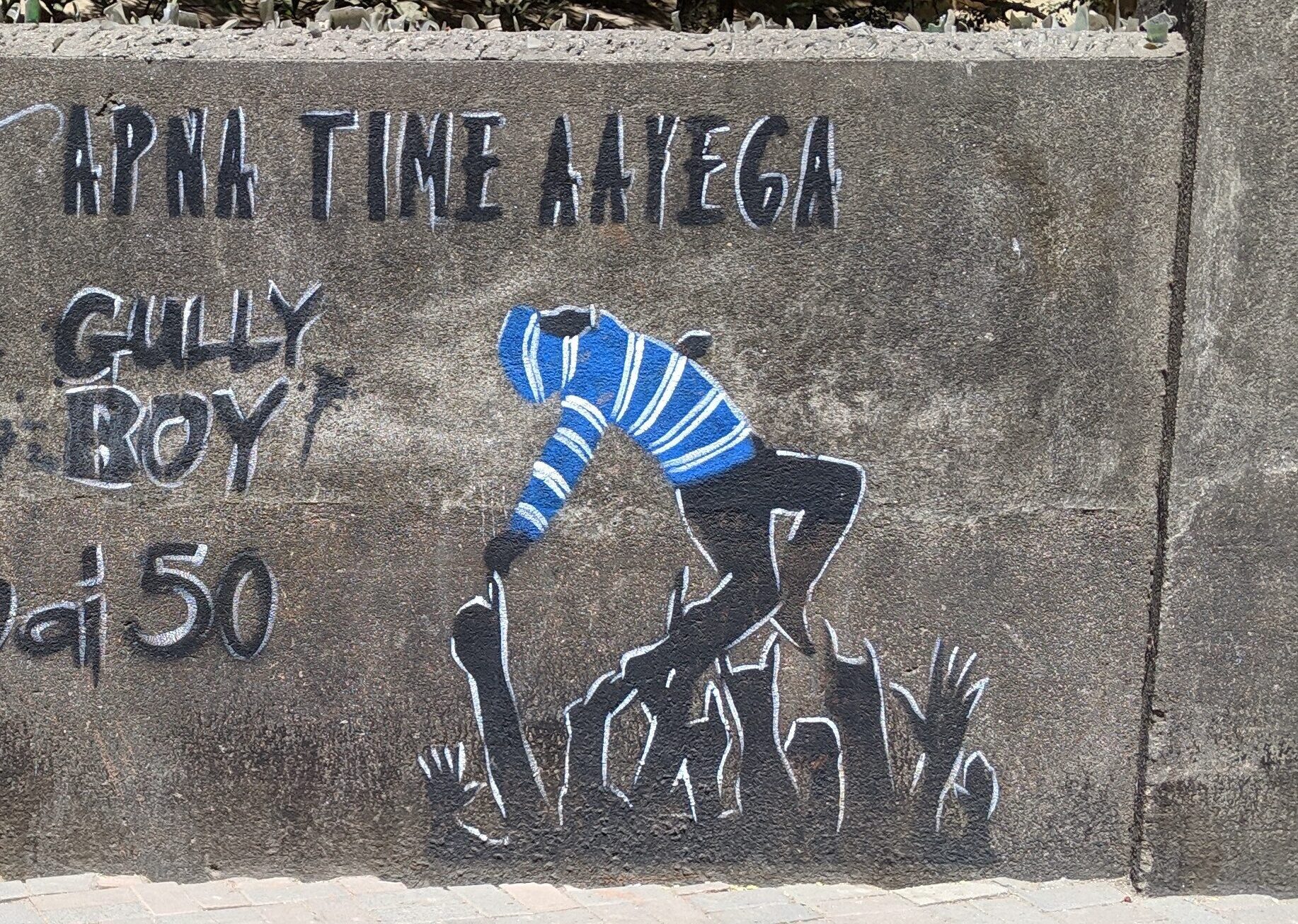 Why is there so much distance and compulsion?

What’s the story of this world,

Who has the ability to pull strings?]

Some of you might have already started humming along. No? The song is from a very popular Hindi film. The lines seem like the musings of a run-of-the-mill star-crossed lover, right? Let’s move on to a few more lines.

[On the right, I see a building touching the sky,

On the left, I see a hungry child sleeping on the streets.

What kind of compulsion is this, where having money is a necessity,

Without which, how will you get your bragging rights?]

This isn’t just about a star-crossed lover anymore, is it? For those still haven’t picked up on the song, this is an excerpt from ‘Doori’, from Zoya Akhtar’s Gully Boy. The movie follows the dreams and struggles of a young man, portrayed by Ranveer Singh, who lives in the slums of Mumbai. Singh caught the imagination of several teenagers in this film, which begs the question: could this piece of popular music (and literature) ever be of value in our school classrooms, as learning material?

Gully Boy, like all other commercial movies, belongs to and shapes popular culture, colloquially referred to as ‘pop culture’.

Popular culture refers to the cultural artefacts–such as art, literature, fashion, dance, music, film, and cyberculture–that are produced by and circulated largely within a particular society or community.

Besides being one of the biggest sources of entertainment nowadays, pop culture does two important things. Firstly, it acts as a unifying agent, by strengthening the bonds between people who like the same kinds of things. Secondly, since it is so ubiquitous, it influences the mindsets and attitudes of individuals towards certain concepts and issues in society.

Today, products of pop culture permeate the everyday lives of the youth in a community. Widespread research shows that young people are the biggest consumers of pop culture, and are most influenced by it. But why is this significant?

The pandemic has pushed teachers and students to explore and practice new modes of distance learning. With limited attention spans hounding students during these new classes, teachers need to incorporate innovative teaching methods to engage them and make online learning effective. In this scenario, pop culture references may prove to be a huge crowd puller, as they cut across age groups and make learning relatable.

Social media platforms like Instagram, Twitter, and Facebook are designed to immediately hook people on to trending topics and the popular culture associated with them. Yet, pop culture speaks to students in a language they understand the best–a language that in some cases, they may have even helped create themselves. 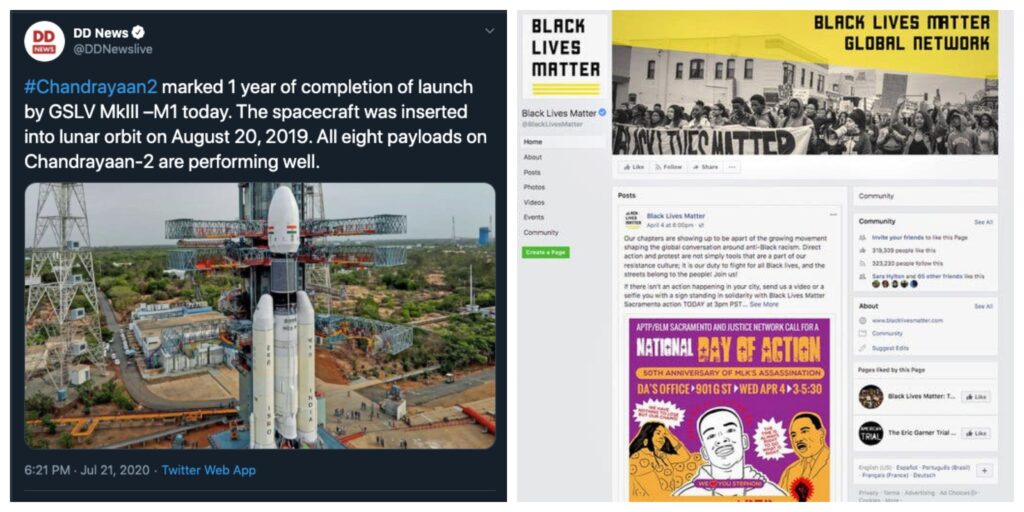 There is also the question of whose pop culture is considered ‘good enough’ to use in the classroom. One could argue that students from diverse backgrounds will all have to have a certain amount of social capital to first gain access to the latest pop culture, and then, to be well versed in picking up references to it.

Yet, pop culture ranges from Andy Warhol’s iconic paintings, to Kanhaiya Kumar’s Azaadi war cry, to the latest TikTok sensation. Pop culture is diverse and can be contextual: what’s ‘trending’ differs from community to community. So, if harnessed in the right way by an educator, it can be a conduit for effective messaging.

In light of all of this, let’s take a look at the Gully Boy lyrics again. They paint a picture of the gaping inequalities experienced in Mumbai, the so-called ‘city of dreams’. The film portrays the struggles of a young boy from Dharavi, who rallies against poverty and discrimination to fulfil his dreams of becoming a rapper. It does this while providing a subtle commentary on how access to opportunities rests upon economic and social privileges. However, the song, and the larger film, also spins a narrative of hope in the face of such adversity.

The film was a blockbuster hit across the country. If it were to be discussed seriously in a classroom, it could kick start a dialogue on inequity or even the politics of privilege within classrooms themselves. In this way, pop culture can be linked to everyday life to make learning more relevant and accessible to students.

“Using Internet culture, which everyone is glued to anyway, is like providing a playground to boost critical thinking and communication,” says Anunaya Rajhans, who teaches Critical Writing at the Young India Fellowship at Ashoka University. Professor Rajhans uses popular culture trends as learning tools, which his students engage with to build their critical thinking skills.

The newly released National Education Policy 2020 (NEP) envisions the cultivation of skills through experiential learning instead of rote learning. It also emphasizes on developing the ‘4Cs’ in students, that are considered to be “21st Century Skills”: Collaboration, Creativity, Critical Thinking, and Communication.

Incorporating pop culture into learning can help educators realise all of these goals much faster, en masse. Films, songs, memes, and other aspects of cyberculture can also be used to develop a student’s ability to analyse critically, communicate effectively, and form informed opinions.

But, how can ‘pop culture’ actually be used in classrooms? For starters, it could be used to introduce sensitive topics. For example, a school-level civics class on amending existing bills could start with analysing the NRC-CAA protest songs, understanding the reasons for resistance through them, and the ways in which legislative amendments take place. Assigning projects, such as designing a social media campaign for the same during Gandhiji’s time, would hone a student’s understanding of historical contexts, digital literacy, and communication skills.

When it comes to gender troubles, analysing the covers of fashion magazines to study the standard portrayal of women across different media landscapes could be a concrete starting point. Socio-emotional learning is a critical part of a child’s development, and could be honed by watching Disney films like Inside Out, Frozen, or Moana to study gender tropes and how they affect us. Hosting screenings of similar movies at home in a child’s preferred language can also foster engaging discussions with parents, taking learning beyond the four walls of a classroom.

When it comes to global history, exploring the graphic novel Maus to learn about the nuances of the Holocaust, or reading Persepolis to discuss the hardships of Iranian women during the Islamic Revolution may help students understand the evolution of politics and political activism.

Yet, pop culture references don’t always have to be western, or non-Indian. In India, whether it was Firaaq that explored the aftermath of the 2002 Gujarat riots, or the more recent ‘Hum Kagaz Nahi Dikhayenge’ that was sung during the NRC-CAA protests, pop culture has evolved into an educational tool of dissent on social issues. There’s something for every type of learner and every school of knowledge.

Take Satyajit Ray’s political satire Hirak Rajar Deshe that portrays the evil atrocities inflicted by an autocratic king to suppress free thinkers in his kingdom. Then there’s “Kodaikanal Won’t”, a parody song that protests mercury poisoning by Unilever in the popular hill station, and teaches us a lesson or two on environmental activism. ‘Elaan’ is a song about the violence that plagues the Srinagar valley, which may help educators explain the content taught in by situating it in its extended reality outside the classroom. Such examples cut across regional and vernacular barriers.

For more accessible content, analysing the Mahabharata—which is broadcast across Doordarshan—can also help students reflect upon the vices and virtues of society.

The idea behind using different cultural artefacts is not to alienate the students from the study material. Rather, the pop culture of yesterday has become the ‘tradition’ of today; engaging the youth enabled the modification of ‘traditional’ culture into the cultural mores of the present.

“Teaching them metaphor, simile, personification through songs like Happy by Pharrell Williams, Counting Stars by One Republic, Titanium by Sia was easy because they caught the students’ attention quickly. I also wanted them to derive a sense of confidence and hope in the face of adversities from these songs.”

That’s Sayak Ray, a Teach for India alumnus, talking about why he leveraged his students’ interest in rap music to teach them about writing and speech.

Ray’s example indicates that the onus of weaving popular culture and guiding classroom discussion lies squarely on the teacher. What they choose to discuss depends on their politics, likes, and dislikes. Additionally, this method also requires teachers to invest a fair amount of time in discovering new pieces of pop culture that are suitable for their students. Given the strain educators find themselves under during the pandemic, this ‘research’ may take considerably more effort.

That being said, teachers can bring their own skills, interests, and likes into the classroom and make students feel more connected to them and the curriculum. For example, Sarbik Guha, a musician and another Teach for India alumnus, took his passion for music into the classroom.

“Apart from the fun element, it was effective for developing reading and speaking skills. I would also make my students, who were a bunch of restless Grade 2 kids, practice meditation through music,” says Guha. And he didn’t just stop at music. “I made them revisit the story of The Ugly Duckling in the form of comics to introduce the concept of racism to them,” he adds. These innovations in pedagogy can form a tiny part of a 40-minute long class, but they can leave long-lasting positive impacts on students’ learning.

With the NEP 2020 promoting a holistic learning approach, educators will shift their energy towards integrating co-curricular activities such as physical education, art, craft, and sports into the mainstream curriculum. This is well and good, but developing a student’s interest in these areas by using pop culture could be a catalysing agent in achieving intended goals.

For many periods of our existence, artists have managed to capture the essence of paradigm shifts through their work. Educators can leverage this to bring about the massive shift in mindset and pedagogical practice that is required in the 21st Century. The benefits are clearly immense, and a teacher may just end up finding themselves described in a student’s tweet as #Cool–which would certainly be a mic-drop-worthy moment!

This featured image depicts street art from Mumbai, inspired by Gully Boy. “Apna Time Aayega”, or “My Time Will Come”, was one of the film’s many super-hit songs. Courtesy of Kushared, CC BY-SA 4.0. | Views expressed are personal.