“Software is eating the world” is the tagline of the prominent Silicon Valley investment firm Andreesen Horowitz. Trite and techno-deterministic as it may sound, there is much to say about the particularities of how technologies like the internet change hitherto offline social relationships. Of relevance to India’s story are groups of religious tech startups which are alternatively referred to as ‘Uber for God’. Not only are they transforming “traditional” relationships by leveraging the internet; but, with every click, they are re-defining what it means to be a “good” Hindu.

Since the early 2010s, in the post-Flipkart-eCommerce-boom-era, when Indians began transacting online in large volumes, entrepreneurs saw opportunities to focus on individual verticals like fashion, furniture and even religion. This was unlike horizontal platforms like Amazon or Flipkart, where one could purchase ‘everything’. Startups tend to get labelled as ‘X’-tech depending on the vertical they are aiming to ‘solve’. Following that nomenclature, there are two major types of religious tech startups.

One, the ‘uber for pujari’ type and second, the ‘puja by proxy’ type. Uber for pujari businesses use a web or app interface to allow one to book a priest that will visit one’s home to perform a ritual ceremony. In the ‘puja by proxy type of businesses, the entire conduct of the ritual ceremony is delegated to a service that either uses a network of employees to conduct a puja on your behalf at a particular temple or alternately, liase a priest that will conduct the ritual service in your absence.

Whilst some services list out a catalogue of pujaris that customers can choose from, others delegate the task to any of the pujaris in their network. In effect, each pujari is said to be as good as the next; after all, like any other online service, the pujaris have also been thoroughly vetted prior to affiliation.

In The God Market, Meera Nanda argues that the 1991 liberalization reforms spilled into the ambit of religion. As income levels rose, the burgeoning middle class now had more money to spend on ostentatious rituals at temples — something that used to be reserved for the wealthy classes. The ‘new money’ also saw time and money being spent on devotional media. The market for devotional content via cassettes, CDs and subsequently YouTube, has grown exponentially. The popularity of T-Series, the world’s most-viewed YouTube channel, was spearheaded by Bollywood. Yet, T-Series’ devotional subscriber base is nearly 20 per cent of the total subscriber count, and the total view count on all devotional content is a little more than 10 per cent of all views on its videos!

Devotional television programming, which in the late 90s was relegated to morning slots on general entertainment channels, now has over 50 dedicated channels to satiate the appetite we (Indians) have for our Gods. Temples began to modernize, initially by having their own websites and subsequently by enabling online booking of pilgrimage services and ‘live darshan’ streamings. Simultaneously, commerce-focused devotional services like saranam.com came up as early as 1998.

The who and the how

The ‘About Us’ section of one uber for pujari firm, PujaNPujari reads:

“Bringing Blessings Your Way: We understand the difficulties of performing the complex ritualistic ceremonies and accurately following dictates of Hindu dharma despite hectic schedules. A breach in sacred pujas offered to gods and goddesses can result in negative consequences. With us, you can rest assured of ceremonial flawlessness while taking part in spiritual activities. Our services are designed to help you and your family attain divine blessings of peace, prosperity and good luck through sincerely performed pujas” (emphasis mine).

“Uber for X” startups tend to market themselves as offering convenience, standardization and predictability over any existing alternative. In the case of the public description shared by PujaNPujari, the branding draws attention to the difficulty of performing rituals correctly. It alludes to the fact that such startups believe that customers are anxious about pujas not being done the “right way”. Visitors to the site are made to question the “effectiveness” of the pujas they have performed through their existing networks – did my own pujari do it right? Is the current predicament I am experiencing a result of not doing a puja correctly?

Such messaging reinforces the transactional nature of puja performance: if one gets pujas performed sincerely (shraddha, in Hindi) then one will attain the benefits that the puja is supposed to bring about

In the case of ‘puja by proxy’ startups, the  “proof” of the completion of the ceremony happens in various forms: in one format, the customer can actually watch the puja happening in India via Livestream through a video calling service like Skype or WhatsApp. In another format, a CD/video recording of the puja being performed is shared with the customer after the ceremony is completed. In a third format, customers are not provided with any visual confirmation of the puja’s occurrence. They receive the prasad via post (sent by the startup they used) – the prasad in this instance stands in as “proof” of the occurrence of the ritual service. The quote below is taken from the ‘About Us’ section of one such service provider, ePuja1:

“Given the fact that Indians are now widespread across the globe and even when in the country are hard-pressed for time, knowledge and resources to complete their religious aspirations [sic]. They are restricted by a lack of information or options in terms of an easy solution when required the most. As a result, many of us have lost touch with the divine and are increasingly moving away from our roots of spiritual absolutions, essential to our identity” (emphasis mine).

First, this messaging imagines a global Hindu community that seeks ritual services and does not have the time or bandwidth to perform these rituals in a place near to them. In addition, it makes absolutely clear that the identity of a “good” Hindu can only be maintained if they perform rituals, and that such ritual performance is essential to maintain a connection to the divine. Third, it again presents puja performance as an “easy solution” in times of need. As Mohit Khurana, one such customer who used a similar service called OnlinePrasad commented on their website saying:

“I did not think that it was possible to do a Shivling pooja without going to temple by ourselves. But you have opened my eyes completely and I’m convinced that Shivji will also bless you for all your good work” (emphasis mine)2. Arun Kumar, who used the same service left a 5-star review with the message, “Thank you Onlineprasad for getting the pooja done on behalf of my daughter. It felt as if I was personally present before Ma Saraswati” (emphasis mine).

In the case of the puja by proxy website, one is able to “visit” a particular temple even without actually visiting it, and thus are reminded that to be Hindu is to perform temple-centric worship

For Hindus not located in India, such websites become gateways of “re-routing expressions of Hindu ritualism to the ‘hub’ of sacred temples in India, thereby reinstating the Hindu Indian nation-space as the ‘original’ and ‘authentic’ space of a global diaspora”3. Some of these “uber for pujari” startups reported that they fly down pujaris from India to the United Arab Emirates (UAE) and Singapore during peak festival seasons like Dussehra and Diwali to service the Indian diaspora there.

Furthering Madhavi Mallapragada’s observation, I find that in the case of “uber for pujari” startups, by availing pujaris who gain their credibility through affiliations to particular Indian temples, there is an extension of the temple into the Hindu home both within and outside of India.

By placing the pujari mediated ritual at the centre of Hindu devotion, these entrepreneurs pose a challenge to the claims of the bhakti strand of Hinduism who argued, in the words of Wendy Doniger, that “religious power could be generated by individuals without the mediation of Brahmins”4. The next piece in the Clicking, Waiting, Praying series will look closely at the strategies these startups use to market their services, and pujaris – and the remarkable similarity of the language employed by two groups of people: the larger startup ecosystem of India, and politicians from the Hindu Right.

Krishna Akhil is a lapsed engineer and an aspiring anthropologist. His interests lie at the intersection of technology and society.

1The usage of e as short for electronic in the naming of this website is perhaps not strictly accurate as only the booking of the puja service happens online, and the ritual performance happens ‘offline’. Yet, it is important to state that this naming convention is common amongst companies in India to refer to the ability to book a service online. 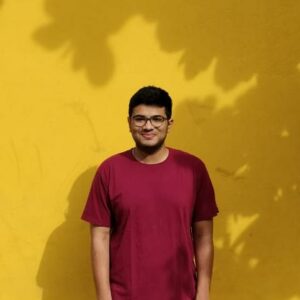