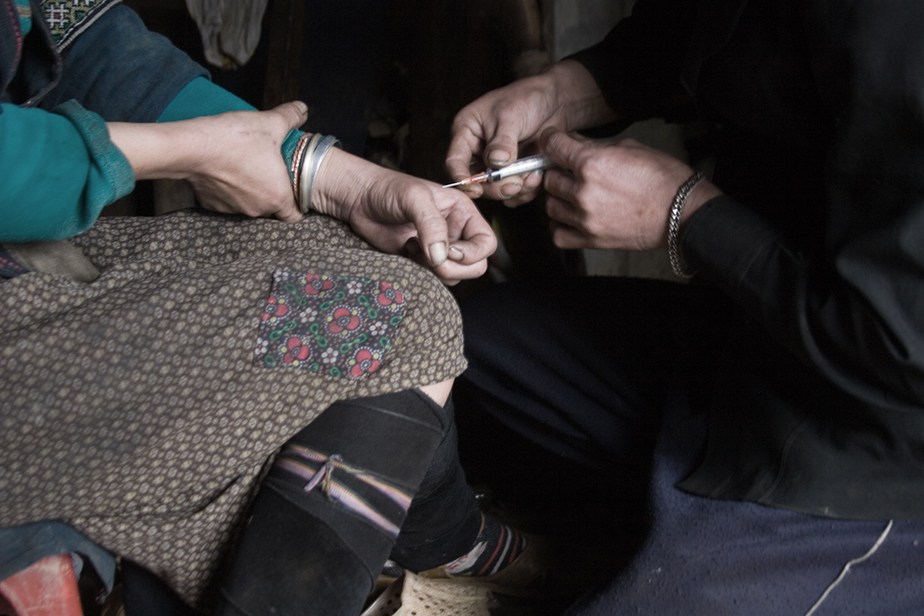 The streets of Asawarpur in rural Haryana are few among many in North India which are afflicted with a growing drug epidemic. Sandeep (name changed) has lived his entire life in this village. When asked whether he had a wife or any family, he replied frankly: “Mere bachpan me mere maata aur pita mar gaye aur tab se mere paas sirf smack hai” (My mother and father died when I was young, since then heroin is all I have had).

Sandeep’s story shouldn’t surprise you. Like much of the youth in these areas, with alcohol as his gateway, he ended up abusing low-quality heroin or “smack” as it is commonly referred to. Rural areas like Asawarpur are not the only localities suffering. Metros like Hyderabad and Mumbai are also victims of this epidemic. There is no locality or background that is truly immune to substance dependency.

Many Indians still carry the misconception that a sure-shot way to prevent people from becoming drug addicts is by banning and thereby stigmatizing all substances. World over, the truth remains that prohibition as deterrence has been one of the least successful endeavours against addiction. There is, however, a more successful method that could set a precedent.

1% of Portugal’s population was addicted to heroin in 2001, and after radical policy changes, this figure dropped by 50%. Instead of treating their addicts as criminals, the government recognized their addiction as an illness that required rehabilitation. Instead of incarcerating their addicts, they provided them with counselling through social workers and psychiatrists. By freeing up funds previously used to imprison addicts, the money could now go into treating them. Very often, addicts complete their sentences and relapse immediately in an incarceration-based system. Through this more nuanced and comprehensive rehabilitation program, addicts were successfully rehabilitated rather than reprimanded.  Right now, Portugal boasts one of the lowest drug usage rates across Europe.

The science behind addiction is more nuanced and less concrete than we assume it to be. Many of us would believe that a one-time usage of a drug like cocaine or heroin would immediately lead to a crippling addiction. Professor Bruce Alexander, a psychologist who has studied addiction for close to 40 years in Canada, refers to this belief as the “demon possession” theory. In 1978, Alexander devised a controlled experiment, the Rat Park Experiment, to challenge this theory.

(click on the arrows to move through the comic)

Alexander’s conclusions were echoed and built upon by journalist Jonathan Hari, who believes that the real answer to addiction is a well-connected society. To Hari, a strong network of friends and family, coupled with a healthy job, are key to breaking the dependency.

Now, Sandeep’s plight seems more understandable. Without family and little hope for upward mobility, his environment sets the stage for his addiction. These studies do not entirely deny an addict’s agency. Of course, the onus of our decisions falls, to at least some degree, on our free choice. Notwithstanding, it must be acknowledged that the cause of addiction is more complex than merely “human agency”.

Environmental factors aside, drugs like heroin, alcohol, Xanax,  and cocaine have very real chemical effects on the mind and body. The United Nations declared India as South Asia’s largest consumer of heroin, with the trade value being worth almost $1.5 billion. Often, however, poorer communities which can’t afford drugs as expensive as these resort to much more dangerous alternatives like smack, glue sniffing, paint thinner, and even fentanyl.

Prolonged usage of any of these substances subsequently followed by an attempt to quit results in painful withdrawal symptoms. Anxiety, insomnia, cognitive problems, nausea, sweating all affect an individual attempting to quit drugs. The incentive sensitization theory postulates that addiction is caused due to drug-induced sensitization in parts of the brain that relate it to your reward centres. Prolonged usage (i.e., rendering them “hypersensitive”) causes pathological desire for drugs. Bearing this in mind, it becomes clear that both environmental as well as chemical factors should be considered when discussing addiction.

The trailer of Nashebaaz (2016), a documentary that looks at Delhi’s drug epidemic, is a glimmer into the severity of addiction.

Rehab facilities are essential in helping addicts get through these initial phases of withdrawal after deciding to quit. While India has several successful and empathetic institutes dedicated to rehabilitating addicts, they are no paradise.

A recent expose found that North India’s de-addiction centres were home to some horrifying stories. Almost half of the 2000+ inmates were detained involuntarily into these centres, but that doesn’t even scratch the surface of the inhumane conditions imposed on them. Tortured, sexually abused, and denied even basic amenities by the centre’s staff, these addicts had little to no hope for a successful rehabilitation. Such apathy for addicts’ basic human rights makes clear the prevalent stigma against them. In looking upon them as deviants and criminals, the centres forgot their responsibility to treat them as patients.

Albert P.J.’s Abhayyam — a highly successful rehabilitation clinic in Bangalore — takes a different approach. He maintains that the key to rehabilitating addicts is time and patience. Returning to sobriety is an arduous process, and Rome wasn’t built in a day. Abhayyam works with each patient for at least six months and incorporates a plethora of activities to ensure patients don’t relapse. Football, cooking, and music all are mandated in the process to create a constructive and healthy form of escapism for these individuals. An important feature of his rehab centre is that everyone receiving treatment has voluntarily opted to do so. Albert himself admits his centre is not a standard one. A significant portion of de-addiction centres across India still remain in woefully poor conditions.

India is going to have one of the largest youth populations in the coming decade. To stall the downward spiral of drug abuse amongst youths, it must collectively focus on prevention and rehabilitation. Starting from the family, every layer of governance needs to engage with this epidemic with expediency. We need to stop treating addicts as criminals and start treating them as those in need of our care.