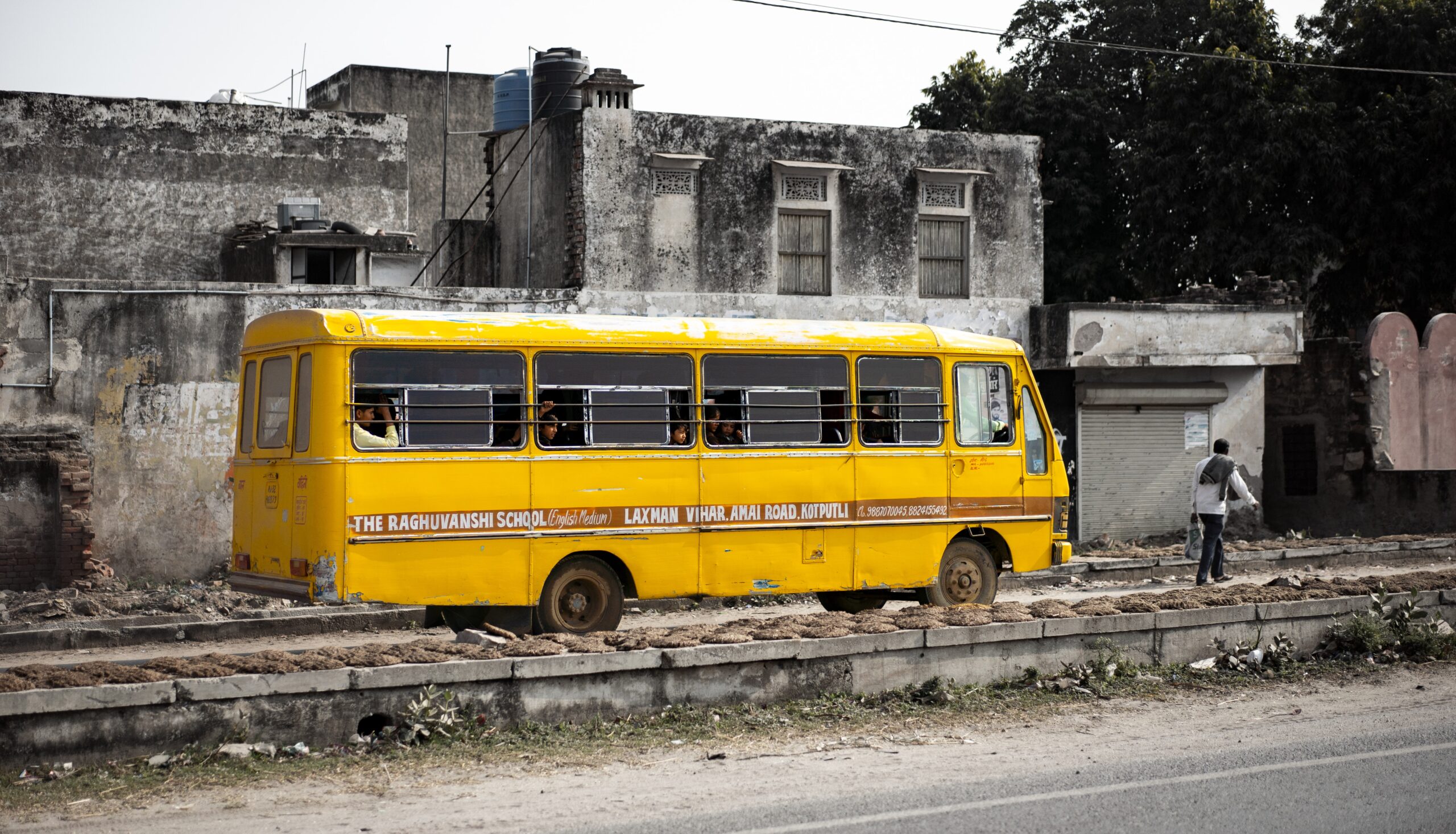 Over the past few decades, parents have overwhelmingly shifted their children from government-run schools to private schools. The 4 lakh+ private schools in India [1] now account for almost 50% of the total student enrollments in India. In multiple sectors of the economy, we have seen that private sector players offer better quality than government ones, and the same is often considered to be largely true of private schooling as well.

And yet, on an absolute scale, the overall quality of education delivered by private sector schools is abysmal. Only 40% of Grade 5 children were able to perform math division, while 35% of Grade 5 children were unable to read a Grade 2 level text, as per the Annual Status of Education Report (ASER) 2018 survey in rural areas. Crucially, the 2018 ASER figures are worse than the 2008 ones!

ASER reports also show that students in private schools outperform government schools. However, a large part of this outperformance was attributed to the higher affluence and better educational backgrounds of the children’s families. In other words, the schools themselves played only a small role in improving the test scores of their students.

One of the reasons why private sector schooling has not dramatically improved school education is the lack of suitable data for parents to differentiate between the performances of good schools and bad schools. This means that there is simply no revenue pressure on private sector players to improve their quality of education since parents have no way to judge their performance.

Quantity Over Quality: The Consequences of a Lack of Performance Data

A school’s core function is to educate children and provide them with basic numerical and language skills. Therefore, any school should be judged on whether it is able to deliver on these outcomes. However, there is no hard data on how well our private schools are doing, in the delivery of these outcomes.

Unfortunately, exam results alone cannot be considered indicators of ‘quality’ in our schooling system, as our education system does not prioritize conceptual learning and instead, is typified by rote learning to pass exams. More often than not, our examination structure simply does not test school kids for basic math and language skills.

Thus, parents lack any reasonable basis to identify and avoid enrolling their children in ‘bad’ schools. In a well-functioning competitive market, parents would be able to make this distinction, and shift students to better-performing schools. The resultant loss of revenue will either force bad schools to improve or shut down, meaning that only good quality schools persist. Quality-oriented performance becomes all the more important given that private schools no longer cater to just the rich, as was the case a few decades ago. Most private schools today operate in the ‘affordable private school’ segment, which caters to less affluent sections of society.

WATCH: India’s private school sector is the world’s third largest schooling system. The sector educates nearly 50% of the country’s school-going children and is in dire need of attention. #StateOfPrivateSchools pic.twitter.com/l1qQQgqHj7

In the absence of academic performance data, the choice of schools is made on faux parameters or inputs like the education board, the medium of instruction, the year of establishment, the school’s visible infrastructure, and the perception of parents whose wards are currently enrolled in the school. A reliance on perception over data offers a huge advantage to incumbent schools since there is no clear evidence for bad or good performance.

This dampens the competitive environment as any stellar new entrant in the schooling system would be unable to demonstrate their higher performance through data. Thus, new schools focus more on swanky visible infrastructure instead of orienting themselves towards better educational outcomes.

The lack of data is, in turn, caused by the failure of the school system to test for skills. The government and some NGOs carry out sampling exercises periodically, but they are not conducted for all schools on an individual basis for each school. For example, the 2017 National Achievement Survey report found that in Delhi’s government and government-aided private schools, the correct response rate in Grade 8 for Mathematics questions was a measly 32%! However, these statistics are at a broad level, and not at a school level. Therefore, while parents might become aware of the overall poor performance of schools in their state, they simply do not know which individual school provides a lower quality of education, and hence are helpless to take any action. While the Delhi government has carried out a baseline assessment survey of government school students under the Chunauti scheme in 2016, the data of this assessment does not seem to be made available at a school level. A similar assessment for private schools would have helped identify laggards there as well.

What Kinds of Data Should Be Collected by the State?

If we look abroad, in the UK, multiple academic parameters are available to parents to compare schools including the percentage of students meeting and exceeding the expected national standards in reading, writing, and mathematics. The testing and provision of similar parameters in India would mean that parents can identify and recognize good schools and stop enrolling their children into low-quality ones. A school’s poor performance would thus result in lower enrollments, forcing them to improve their quality to stay competitive. This is crucial towards rebuilding the competitive cycle amongst private schools and achieving better educational outcomes. 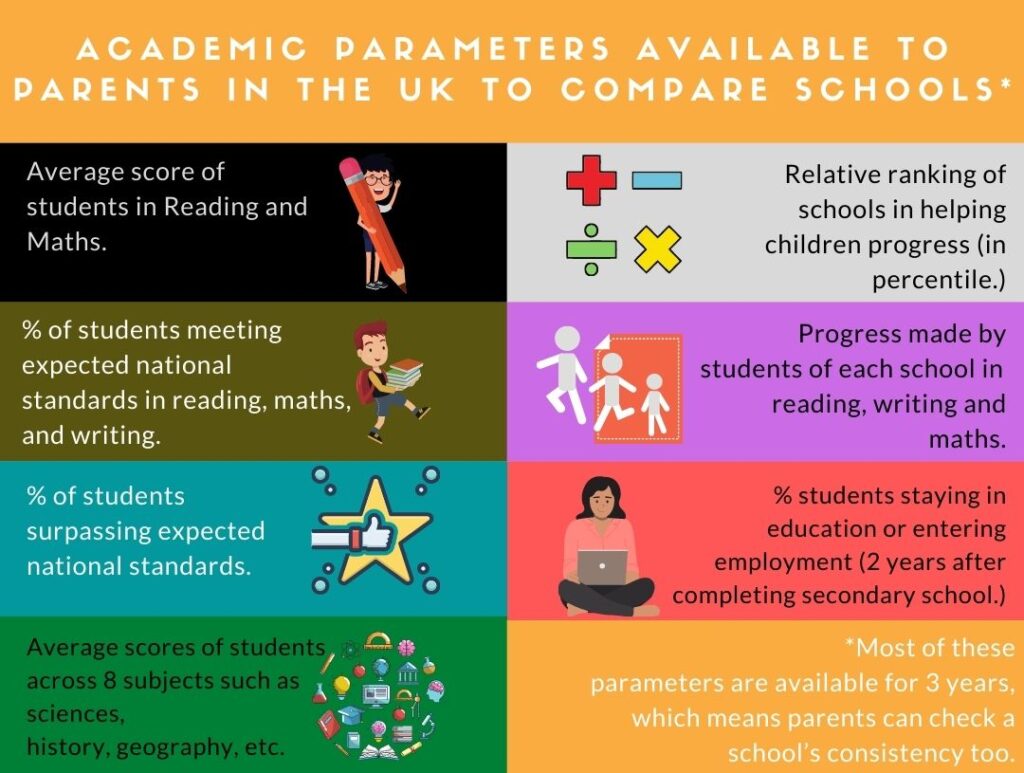 Enabling parents to choose better requires the collection of the right data: that is, measuring functional literacy and numeracy for every child through independent assessments. In the longer run, this should be done through examination system reforms, as outlined by Karthik Muralidharan, Education Program Co-Chair and Board Member, at MIT’s Jameel Poverty Action Lab. In the short term, this can be immediately implemented at scale through the deployment of technology. In 2019, a tablet-based assessment was carried out for students of over 1,690 schools in Andhra Pradesh. This study, led by Abhijeet Singh of the Stockholm School of Economics, found that tech-led testing was much more reliable than paper-based methods. A chief reason for this was the lower manipulation of scores by reducing student-to-student copying and teacher-to-student cheating.

In the past few months, we have unexpectedly seen an era of large-scale technology adoption in schooling. It’s time to capitalize on that and strengthen access to digital infrastructure and teacher training programmes, so that we can test our kids for educational outcomes, and crucially, make that data publicly available to all. Aligning incentives and market structures is the best way to have a private sector aligned with the overall objective of imparting quality education. Parents are eager to deliver the right education to their kids. It is time we enabled them to make an informed choice by providing them with the right data.

[1]  Data from the government’s UDISE platform.