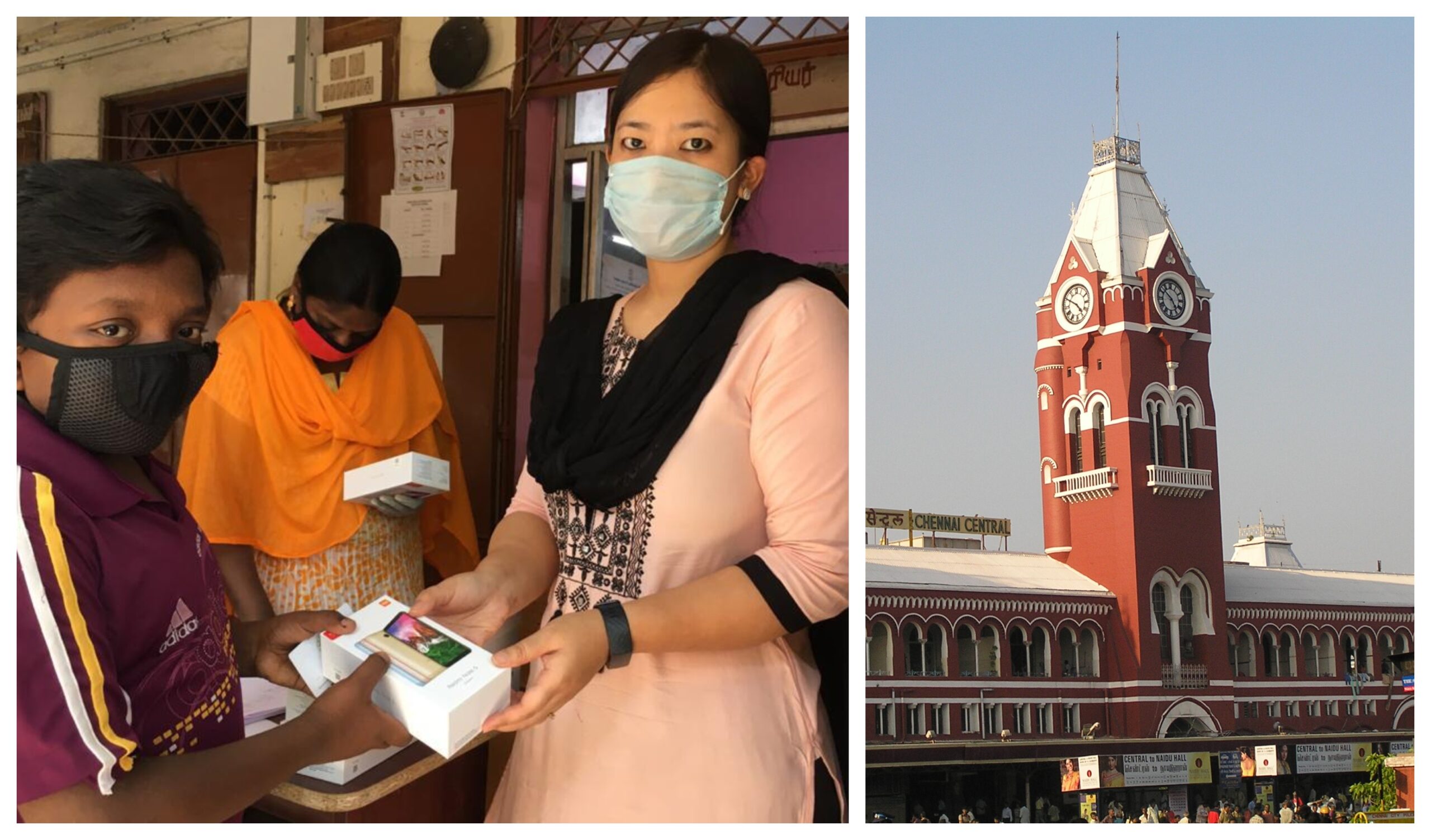 Like every other industry, education systems across the world have come to a crashing halt in the face of COVID-19. Although the pandemic has caused more than its fair share of problems, there have been some rays of sunshine amidst the gloom. A little over a week ago, the Greater Chennai Corporation (GCC) distributed 5,000 smartphones to incoming tenth-grade students across Municipal Corporation schools, and also recharged data packs in phones belonging to existing tenth-grade students. This is especially helpful for this group, given that Zoom lessons are well underway for all tenth-graders, and e-learning for eleventh (and ninth) graders is slated to begin by early June.

Ms. Grace Pachuau (IAS),  the current Deputy Commissioner for Education for the Greater Chennai Corporation (GCC), explained the rationale behind these efforts. “Initially, we never expected the situation to be this grave. When the lockdown was announced, we thought we’d be up and running in a month. Clearly, we were wrong!” she laughs.

By the beginning of April, Ms. Pachuau had begun talks with her team to figure out ways to deliver effective learning tools to each student–paying particular attention to students from the lowest-income groups. “I was worried about them, since they have the most to lose from this huge resource gap. Wealthier students have phones and Internet access to keep up with their education. But what about the rest of our kids?” she asks.

You May Also Like: Education in Times of COVID: Why Does It Take a National Lockdown to Revamp Our Education System?

It was a difficult problem to address–her initial attempts to collect information on these students’  access to technology was met with disinterest from many of her employees. But, a chance meeting with an old classmate pushed her to try harder. “My batchmate mentioned that he had some connections at Foxconn India who might donate technology resources. I initially asked him for tablets, but he said smartphones were the best they could do at the moment. I guess beggars can’t be choosers!”

Originally, these smartphones were intended for current tenth-graders, in order to help them study for their upcoming Board exams. However, significant delays in the delivery of the phones rendered the plan moot, since it left the students with barely a week to use their new phones for revision. Fortunately, donations from Vidya Reddy, the founder of Tulir (a nonprofit working to prevent child sexual abuse) reached the State instead, and were used to recharge data packs in the tenth-graders’ existing phones, thus helping thousands of students stay on top of their Board exam revision.

“Once the smartphones arrived, it didn’t make sense to give it to those students since we’d just recharged all their phones. We decided to prioritize the current ninth and eleventh graders. They’ll be writing their board exams in the next 10 months, so it’s important that they stay on track. Since the latter already have government-supplied laptops, we figured we’d distribute the smartphones to our current ninth-grade students,” states Ms. Pachuau.

All of this effort and initiative is incredible, but it comes loaded with a big question–how do we control what these phones are used for? In desperate times like these, it’s very likely that families struggling to make ends meet may sell these phones. What steps has the State taken to ensure the resources are used as intended? Ms. Pachuau concurs with the concerns. “There is definitely potential for misuse. We’ve tried to reduce that as much as possible. Every parent and child has been required to sign a declaration form upon collecting their phone, and each phone must be surrendered once schools reopen. Failure to do so will result in them paying a fine of ₹5,000 per phone. In addition to all of that, we’re also trying to apply for insurance.”

But what about students themselves misusing their phones for, say, TikTok? “Obviously we can’t–and don’t want to–be despotic about it, but we’re trying to see if we can restrict their access to only a specific set of educational apps,” says Pachuau. “Ultimately, the purpose of these phones is to enable learning, so if we feel like something is really going to take away from that, it may be a good thing to restrict their usage in line with our goal.”  Plans to restrict the usage of phones are complex and still under deliberation–no actions have been taken yet.

For their part, teachers have been quite enthusiastic about these initiatives. Ram Prasad, the manager of government and school relations at Teach For India-Chennai, says that nearly every Headmistress or Headmaster of Chennai’s corporation schools are over the moon about this initiative. “Every school official I’ve interacted with has expressed their appreciation. In one case, a group of parents from a neighboring private school came and congratulated a GCC school headmistress–they wanted to get their kids admitted into a GCC school too!” Responses from students have been equally enthusiastic–Ramesh*, a ninth-grader at Chennai High School Kannammapet, says that the GCC phone has been extremely useful for him to keep up with his classes during the lockdown.

As with every initiative, there is room for improvement. Not every student in need has received a smartphone–although there are just under 6,000 ninth-grade students across the Greater Chennai Corporation schools, only 5,000 phones were available for distribution. In addition, technology adaptations have been slow to permeate the education system–many teachers and school officials lack adequate training to deliver online learning, but as Ms. Pachuau observes, they have risen to the occasion brilliantly. “Our biggest learning has been the realization that we can no longer bank on our physical presence to accomplish our tasks. So, it’s imperative that we all learn to use technology effectively,” she remarks. “Currently, we’re in a situation where we either learn to adapt to this new normal, or go bust. So naturally, everyone has risen to the occasion–and how!”

So what does this mean for the foreseeable future? “We’re hoping that teachers and school officials will continue using their newfound tech skills even after schools reopen physically,” says Ms. Pachuau. Ram Prasad adds, “The GCC will also be uploading videos to YouTube that teach concepts specific to the Samacheer (Tamil Nadu’s State) syllabus. These videos will remain available for student viewing even after physical reopening, thus enabling revision too.”

At a time when the media has been an avalanche of negativity,  the GCC’s initiatives come as a breath of fresh air. E-learning has been discussed as a solution for the upper- and middle-classes, but here’s an instance of a State Government making it a reality for the lowest-classes too. Ms. Pachuau says, “Our efforts may not be as successful as we’d hoped–we may not even be 60% effective–but at least we’re doing something.”