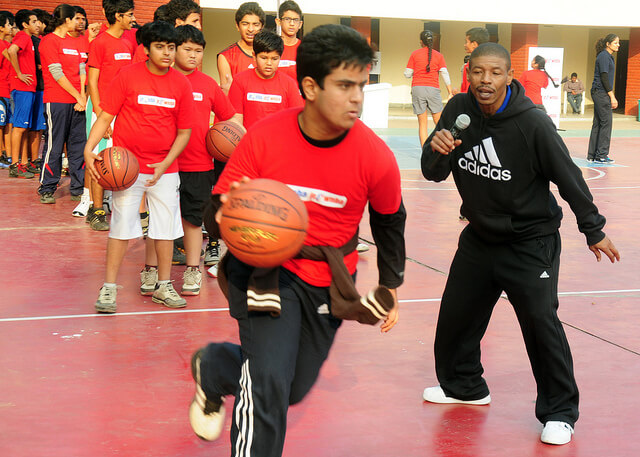 Basketball, like many other sports in India, has consistently been in the shadow of cricket. Despite the fact that passionate NBA fans around the country have had to wake up at 4 or 5 am on a regular basis to watch their favourite teams play, the viewership of the sport is increasing steadily. Still, India has struggled to produce top-notch basketball players, despite (or because of?) being a nation of over a billion people. Consequently, the National Basketball Association ─ the world’s premier league for basketball ─ had never drafted an Indian player.

The Dallas Mavericks’ pick reinstates that there is no dearth of talent in India; rather, it is a matter of nurturing it. Poor coaching quality and improper facilities have ensured that even talented youngsters will struggle to be noticed on the world stage.

The Academy’s Arrival in India

The first ever NBA Academy in India was launched in May 2017 at the Jaypee Greens Integrated Sports Complex in the National Capital Region (NCR). This was only the NBA’s fifth global Academy after previously setting up shop in 3 locations in China and one in Senegal. The Academy is meant to be an elite training centre for the very best male and female basketball players from India and intends to groom players towards a career in basketball.

21 male prospects were chosen in the first year of operations after a 3-month long scouting period. Tryouts were held in Delhi, Ludhiana, Mumbai, Kolkata, Kochi and Chennai. The prospects were between the ages of 13 and 17 and will receive a full scholarship during their time at the Academy. The Academy plans to focus on employing a 360-degree approach for holistic player development while also concentrating on the education, leadership and life skills of the young prospects.

Prospective players will also get an opportunity to make the rosters for exhibition games and tournaments which will pit them against teams from all around the world. 12 players from the Academy participated in the Asia Pacific Team Camp sponsored by Nike in Hangzhou, China.  High levels of training and international game exposure coupled with an importance placed on life skills is bound to harbour positive futures for the talented youngsters.

Coaching and facilities have been a major roadblock in developing Indian talent in basketball. But this is set to change with the arrival of the NBA academy in India, as more world-class coaches will soon make their way into the country.

The stellar coaching team at the academy in Delhi includes Technical Director Ray Farrell, a former NCAA Men’s Coach with a 36-year career of conducting international basketball training camps. He will be supported by Player Development Coach Jacques Vandescure, a former professional basketball player from Belgium, who has since spent most of his time on scouting operations for the NBA, especially in Africa. The strength and conditioning team will be led by Todd Gates, a certified coach for various sports in NCAA Division I programs across the USA.

Although the women’s program at the NBA Academy isn’t active yet, its operations will be led by two Global Technical Directors: Jennifer Azzi and Blair Hardiek. Azzi, a former All-American, Women’s Basketball Hall of Fame inductee, WNBA player and a Gold medalist at the 1996 Summer Olympics, oversees all the activities of the NBA Academies Women’s initiative. Hardiek served as assistant coach to Azzi at the University of San Francisco Women’s basketball program and is the President of Azzi Camp, while also having served as captain of the Missouri Tigers women’s basketball team.

Not only is the coaching team experienced in developing players, but this roster of professionals is vastly knowledgeable in terms of international scouting ─ an essential facet, given India’s rich potential for growth in basketball.

While the Academy is wholly sponsored by the NBA, plenty of organizations in India working to promote basketball will now be supported by the NBA. The Reliance Jr. NBA Program, launched in 2013, reached out to over 6 million youngsters and trained over 5000 instructors in a very short span of time.

In its effort to encourage basketball enthusiasts between the ages of 6 and 18 to take up the sport for their future, the NBA launched its first global NBA Basketball School in Mumbai in April 2017 (in an agreement with India on Track (IOT)). A second NBA Basketball School was launched in Delhi in June 2017 at the Apeejay School in Sheikh Serai, making plenty of training opportunities available to youngsters in Northern India.

As part of a Reliance Jr. NBA event, 2014 MVP Kevin Durant visited a basketball clinic at the NBA Academy in July 2017 and coached over 1000 kids on-site. Another 4000 boys and girls joined virtually from across different cities in India, thereby setting a Guinness World Record for the World’s Largest Basketball Lesson. 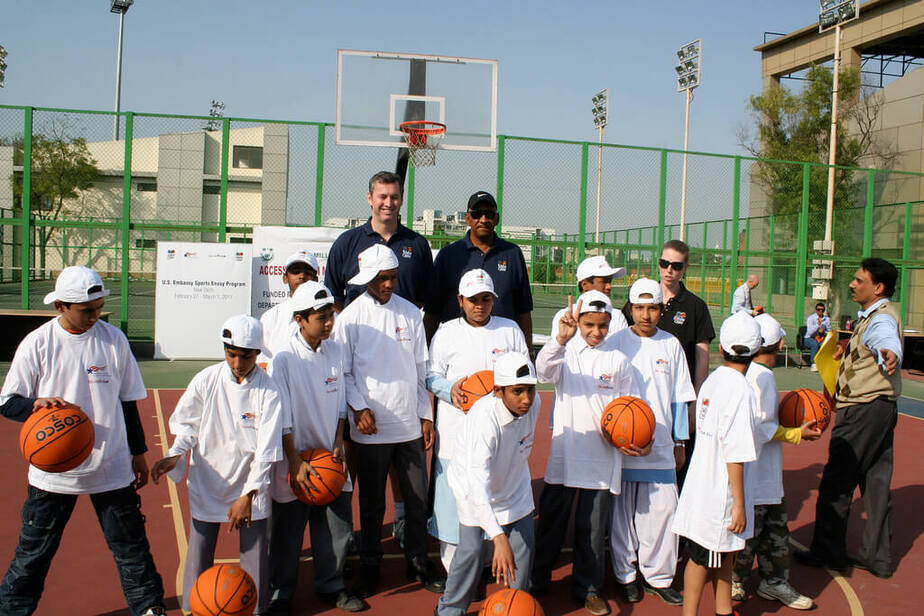 The continued involvement of massive NBA stars in the Academy’s activities in India will continue to draw Indian youngsters into the sport.

While Indians are considered to be shorter on average when compared to people of other countries, the massive population ensures the presence of a considerable number of tall, athletic people as well. This massive population is special in the sense that a large part ─ almost 350 million at the moment ─ is under the age of 18.

A lack of physical attributes can no longer be the excuse explaining how Indians are missing from the world stage of basketball. NBA’s development programs will now allow many youngsters to take a path towards forging a career in basketball. The NBA has invested wisely in setting up a breeding ground for potential superstars at the Academy in Delhi. Exciting times lie ahead for Indian basketball; the day when Satnam Singh is joined by a swarm of Indian players in the NBA could be closer than one might assume.

Featured image from Warner/ CC BY 2.0