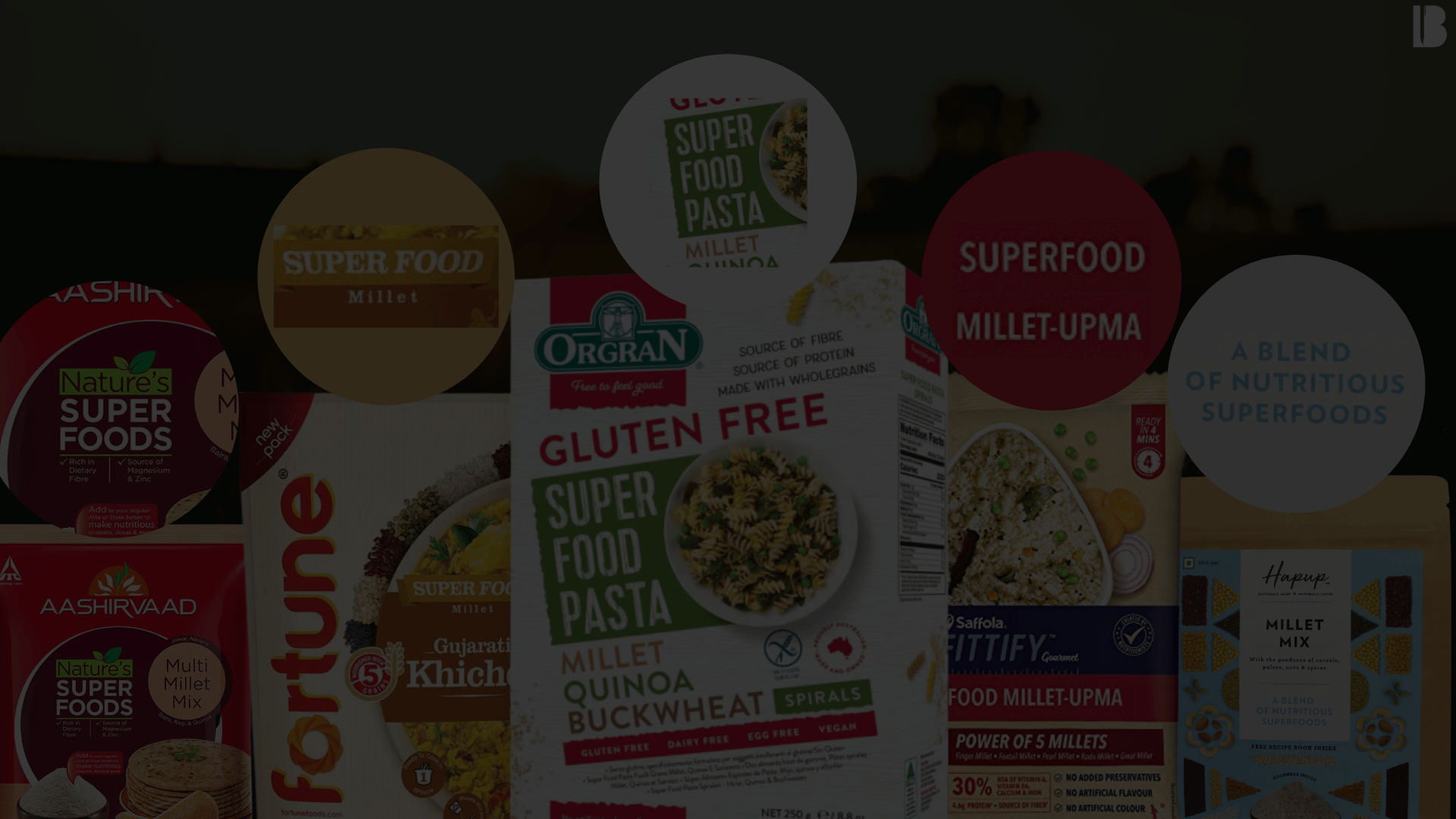 Come 2023, the UN will be observing the International Year of Millets (IYoM). These ‘international years’ declared by the UN seek to platform certain issues or themes to capture the world’s attention through year-long action, promotion, and awareness campaigns. For instance, at the height of the population bomb scare came the World Population Year in 1973. 1982 was declared as the International Year of Mobilization for Sanctions against South Africa to highlight the apartheid. The UN years and the events associated with them provide multiple platforms to discuss these topics across the world, over the same period.

To that end, the IYoM will be especially important for those having a direct stake in these grains and their futures. To start with, this includes communities who have been preserving millet landraces for centuries, agribusinesses procuring these grains, and the restaurateur serving millets.

But why did it take so long for millets to go ‘international’, despite being continuously cultivated and consumed in rainfed and dryland parts of the subcontinent and Africa? In fact, millets were classified as a ‘Kudhanya Varga’, or an inferior grain in the deep past of 600 BCE; until recently, it sat in the lower rungs of the cereal hierarchy, as the ‘poor man’s cereal’. Then, in 2018, the Union Government rechristened the millet as a ‘nutri-cereal’, after which they received heightened attention from the media and public at large. It also led to a renewed focus on the millet revival programmes by state governments of Andhra Pradesh, Odisha, Telangana, which began in 2016, 2017 and 2018 respectively. We almost forget that agriculture comes under the state list of the seventh schedule and that state governments are well within their mandate to introduce similar programmes. Andhra Pradesh’s Comprehensive Revival of Millets Programme (CRMP) tried to improve productivity, post-harvest processing, household consumption, and community-managed seed centres of small millets, besides creating market linkages.

The history of the millet displays the irony of how their ‘localness’ has made it an ‘exotic’ grain today. The millet was not only a staple food across India, but also revered as a cultural symbol. The transformation of millets from a featuring in a poor man’s diet to a rich person’s lifestyle choice reflects the market-oriented commodification adopted by the government and the UN. The question remains, who stands to benefit from such an approach?

The Journey of the Millet Across India

If most people were economically poor, then a ‘poor man’s cereal’ should naturally imply that it be a ‘popular cereal’ as well. That was the case in 19th century India. The popularity of millets under British rule is clear from the distribution of millets in the provinces, accounting for 60% of the Indian subcontinent’s arable area and feeding about 80% of its population.

Millets are not exotic to India, at least when we take the time period of a few millennia. The prominence of millets (in what would eventually become the heartlands of the Green Revolution heartland) in Punjab and Uttar Pradesh and other lesser-irrigated provinces suggests its conduciveness to rainfed or dryland areas. It is not that millets were only cultivated and consumed for their inherent advantages in water-scarce areas. This fact is evident by the  Kharif plan of  Millets from 1944 prepared by the Department of Food, formed in 1942 to meet the food scarcity during World War II. The plan was to allocate grains between regions so as to balance the production and demand.

Who would have thought that millet meant for consumption in Travancore and Cochin were shipped all the way from Baluchistan and Bahawalpur of present-day Pakistan? Or that millets were in demand in these regions in the first place?

Even today, millets-based foods are part of the customs and rituals in the North-Eastern states, apart from being a part of regular diets. For instance, the Nyishi tribe of Arunachal Pradesh considers ‘Madua Apong’ (a fermented beverage made out of Finger Millet) as sacred, offering it to their local goddess. In Rayagada district of Odisha, the first seedlings of the Finger Millet are taken out of the ground and worshipped as ‘Mandia Rani’. Sumani Jodia, a tribal leader, says that Finger Millets are replanted at the end of the day.

We seem to have lost this social memory that millets were once a major staple across India with associations beyond food and fodder. This has led to a certain exoticness to be attributed to it, which is unnecessary. While acknowledging the health attributes of millets is important, there are two fallouts of presenting it as an exotic grain. First, millets may be perceived as an elite and aspirational food. But instead of normalising the consumption, it might result in the othering of the millet. Second, it might distance millets from their socio-cultural moorings.

Ironically, it is the localness of a product that makes it exotic now. When the same products began to be available everywhere, local products became exotic. Adding to the exoticness is the newly attributed miracle tag. The idea that grains perform ‘miracles’ is not a new thing. Millets are joining ranks of miracle wheat of the early 20th century United States, miracle rice of the mid-20th century South Asia and miracle quinoa of the early 21st-century world. Multiple characteristics of millets can be attributed to this miracle tag, like the diversity of its varieties, methods of cultivation, its end uses, climate resilience, resource frugalness, etc. But the miracle tag is mostly attached with the nutritional aspects, as evident from the term ‘nutri-cereal’. This is a crucial association, as we look into the present developments around millets.

Two strands (although not separate) can be seen emerging from the millet agri-food system we have today. First, there is government-led promotion of cultivation via various millet missions, the procurement of produce, and distribution via the PDS, Mid-Day Meal, and ICDS schemes. Second, millets are being procured through private agri-businesses and consumed in restaurants and niche outlets.

This is evident from a recent white paper released by the Indian Institute of Millets Research (IIMR). The paper was informed by a ‘National Mega Multi Stakeholders Meeting for Positioning the Millets for Emerging Nutrition Markets’ organized by IIMR and its partner organizations under the umbrella of Millets Consortium in September 2020. The notion of ‘Emerging Nutrition Markets’ can be traced back to the Union Agriculture Minister’s 2017 letter to the UN Secretary-General, which referred to a two-pronged strategy for utilizing millets.

So, while developing countries can focus on nutrition, income and resilience, the developed world could use it as a means to address lifestyle diseases. This also explains the composition of the multi-stakeholder meeting held in September 2020. There were food technologists, agriculture research institutes, nutrition scientists, culinary specialists, food industries, and entrepreneurs present. However, the white paper did not mention the representation of any farmer groups in stakeholder meetings.

This market-oriented approach explains the absence of farmers’ groups among stakeholders at many such conferences. The whitepaper envisions mainstreaming millets through technology, entrepreneurship, knowledge transfer, and commercialization of millets, which may indeed achieve the objective of popularizing millets, but at what cost? Eventually, such commodification of millets leads to the marginalization of the agroecological and sociocultural underpinnings of these grains.

The Future of the Millet

The quest of the Green Revolution was to increase the productivity and self-sufficiency of food grains. That objective has been attained, at the cost of diluting diversity on farms and plates in India, along with degrading natural resources and over-extracting water in many parts. The government is trying to solve many of these problems through millets, but it appears that the singular focus on the nutritional aspect of these grains resembles the productivity goals of the Green Revolution. Dwiji Guru from The Millet Foundation stresses the limitation of such an approach. “Looking at millets from an Ecological, Nutritional and Cultural perspective helps us build towards systemic solutions, rather than short term, limited-scope proposals,” he says.

The recommendations of the IIMR white paper include transforming millets into a commercial crop and promoting some of them as ‘champion millets’. While farmers should indeed get the rightful remuneration for their toil, artificial divisions may marginalise ‘non-champion’ millets or even lead to a gentrification of ‘champion’ millets among its traditional consumers.  On these lines, one could argue that this is already happening as an unintended consequence of the many ongoing state millet programmes. In the process of re-valorising millets, are we underpinning the agro-ecosystem that grounds the grain?

India is the largest producer of millets globally and stands head and shoulders above other countries. Yet, it has only been five years since the Union Government began going beyond promoting the production and consumption of millets to include market linkages. The government’s advocacy campaigns have come to fruition with the declaration of the Internation Year of Millets, although India’s journey is far from over. Farmers’ concerns and the agro-ecosystem of the millet need to be considered in every conversation (or meal) featuring these grains.

Featured illustration by Manasi Nene for The Bastion.