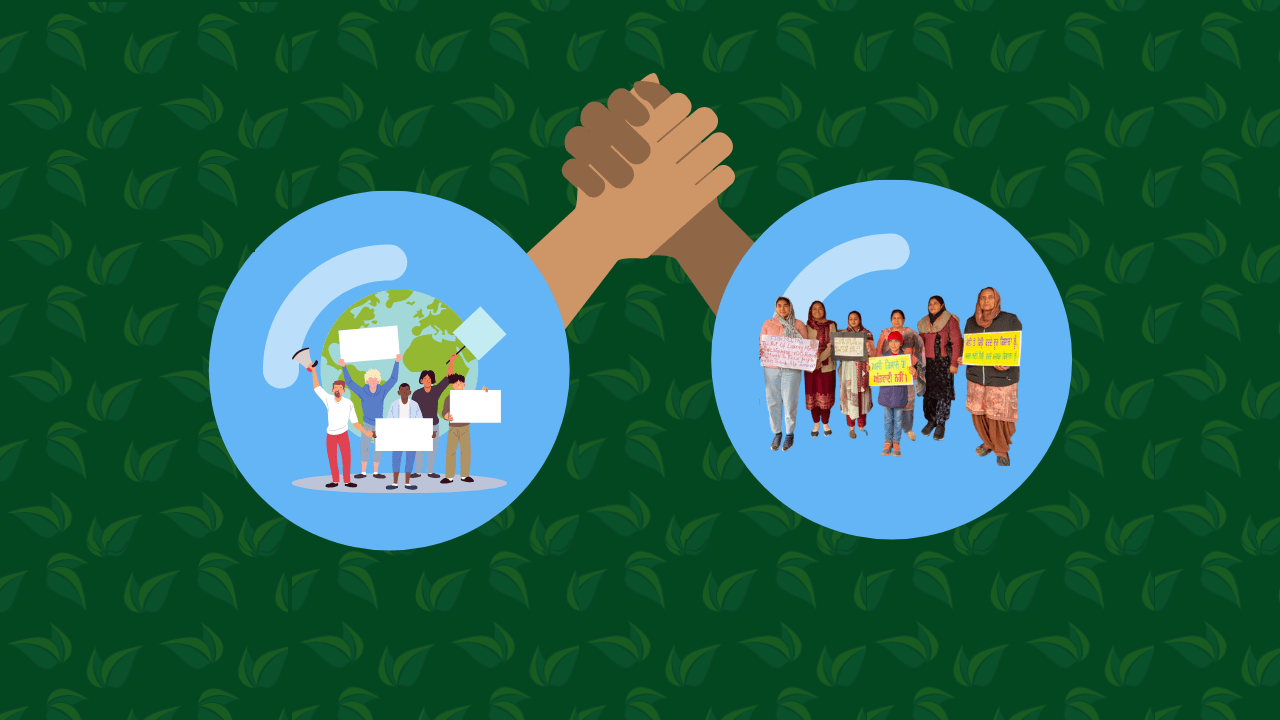 “…You have started using your well-earned bully pulpit to wade into political issues, such as farmers’ protest in India,” wrote a ‘disappointed’ Mohinder Gulati to Swedish climate activist Greta Thunberg. The former consultant to the World Bank and ex-CEO of United Nations’ Sustainable Energy for All Mission had a grouse with Greta’s support of farmers protesting against three new farm laws. “I would urge you not to expend your political and moral capital on controversial local political issues,” wrote Gulati, insinuating that Greta and other climate activists have been misled by “vested interests”. “Agitating farmers want the government to lock into the current system of growing resource-intensive and chemical-ridden agriculture. Do you support that?” he asks.

Why are we pointing fingers at farmers?

Ironically, the term ‘bully pulpit’—which was coined by politician and former President of USA Theodore Roosevelt—denotes the use of a public office or important platform to exercise influence or advocate an agenda. ‘Bully pulpits’ are intended to be ‘political’. Yet, many, like Gulati, believe that climate justice and environmental activism should not be political!

“Climate justice is about intersectional equity,” wrote Disha Ravi, who was released on bail after spending 10 days in police custody for being an editor on the ‘toolkit’ that was shared by Greta Thunberg on Twitter. The Fridays for Future member went on to add that “[Climate justice] is about being radically inclusive of all groups of people, so that everyone has access to clean air, food and water.”

Ravi’s arrest and the media trial that ensued opened a can of worms as far as popular narratives go. In order to delegitimise environmentalists’ solidarity with the farmers’ struggle, an insidious attack was launched to establish that farmers’ interests are antithetical to environmental concerns. “Farmers are responsible for stubble-burning, which causes air pollution!” or “our farmers over-extract groundwater, abuse cheap electricity and are even responsible for food-wastage in India!” are some of the red flags being waved in the faces of environmentalists protesting alongside farmers.

This is really confusing. Leave aside the authoritarian quelling of protests – these farmers are anti everything @GretaThunberg wants. They are depleting the groundwater table, causing massive air pollution by burning crops, overusing free electricity & subsidized diesels pumps. https://t.co/f8XQxEVnCs

It is easy to forget that the transport sector is the largest emitter of PM 2.5 particles, and that road dust is the largest contributor of PM10 particles in India’s national capital region. Crop residue, or ‘stubble’, is burnt in the neighbouring agrarian districts only over a fortnight, which does contribute to the dangerous smog that engulfs Delhi every year.

As for farmers ‘exploiting subsidised diesel pumps and electricity’, keep in mind that the energy sector is India’s largest emitter of greenhouse gases; the government’s own “Energy Statistics 2019“ report shows domestic use and retail sectors top the consumption of petroleum products in the country, not farming. Further, residential use and industry account for more than 2/3rd of consumption of electricity growing at a much faster pace as compared to other sectors over the last decade.

In a world wherein rich countries and billionaires with carbon footprints that run into thousands of metric tonnes run the show, we find ourselves shifting the blame of the environmental crisis on farmers, and that too those in India? This is a community whose occupation has been at the deepest end of an economic downturn while being at the receiving end of steady ecological deterioration. The average monthly income of a farming family in India is about ₹6000, with agricultural households in Punjab slightly better off with earning at least thrice this amount. However, according to a study by the Indian Council of Social Science Research, nearly 86% of these farmers are in debts of about ₹1.16 lakh per acre owned. Stuck in intergenerational debt traps and unpredictable weather, conditions nearly three lakh farmers have committed suicide in India since 1995.

The fault in our farms

According to farmer and veteran activist Sukhdev Bhupal of Prakriti-Manav Kendrit Jan Andolan, “For farmers, the environment is not a cause, it is matter of life and death. It is when the land, soil, water, air, and biodiversity come together with the arduous labour of farmers, food is produced. If any of the elements get imbalanced, we suffer. We are living through this crisis where all elements are going haywire!”

Bhupal, whose journey began decades ago while studying the perils of the State-led Green Revolution, has been busy addressing kisan mahapanchayats across the northern states. His public speeches never fail to address the climate crisis and its implications on farming. Burning paddy residue or the depletion of groundwater reserves are nothing but fallouts of industrial agriculture. Across the country, farmer activists like Bhupal have been bang in the middle of discourse on the socio-economic and environmental impacts of mechanised, chemical, and input-intensive commercial agriculture.

“The Wheat-Paddy monoculture model was shoved upon us in the name of feeding the country! And now you will punish us for stubble burning? Imagine being tricked into believing that our land is the goose that lays the golden egg, and then being forced to kill it. Shall we be tricked again and lose whatever is left?” he asks, with regard to the latest set of market reforms.

Burgeoning costs of production, dwindling resources, and poor remuneration have ailed the farming sector since the 1990s, when the country’s economy was laid open to the logic and workings of the neo-liberal market and world trade. Budgetary allocations to the farm sector, which supports close to 50% of India’s population have fallen steadily in the last few decades, pushing many out of agriculture. In the meanwhile, tax breaks, concessions, and sellouts to private corporations continue unabated. Yet, here we are, frowning at farming subsidies which are meagre when compared to support offered to food producers in other countries.

This issue of food waste begs some attention here. Inadequate storage infrastructure and a lack of centralisation around retailers have been tropes used to explain food wastage, when in fact they are used to pursue and justify the current market and agricultural reforms. Wastage of produce is a world-wide phenomenon; it occurs as a result of export-led industrial production with long supply chains. Food wastage and crop residue is not a problem in diversified and traditional agricultural practices, as most of it is turned to compost or recycled back into the farm ecosystem. A bulk of food waste is generated by stocking up to cater to export demands, which obviously fluctuate. Then there is grading, wherein retailers offer poor prices or even refuse to pick up produce that does not match the standards.

Reducing the wastage of foodgrain through improved storage infrastructure that is set up by corporations who invest in the agriculture sector is just one part of the ‘Climate Smart Agriculture’ (CSA) sub-narrative that seeks to mitigate carbon emissions from the farm sector. Research organisations, large multinational (biotechnology, seeds, fertiliser) corporations, and international banks have put out their own ‘toolkits’ to promote CSA, which comprise technocentric solutions to address climate problems. One of the most dangerous ‘problems’ CSA seeks to solve is the introduction of genetically modified (GM) crops in the food production system. Just at the mention of Climate Smart Agriculture, Sukhdev Bhupal retorts, “a striking characteristic of capitalism is that it always finds a guise to present itself as a saviour of humanity”.

The protests against the three farm laws reforming agriculture have seen a massive farmers’ mobilisation around Delhi’s borders since last November 2020. The movement is now spreading in the hinterlands of many states, posing an unprecedented challenge to the central government’s authority, policies, and PR.

The most striking feature of this movement has been the recognition and public criticism of the neoliberal capitalist agenda. The same agenda that demands that the regulation and governance around the environment be diluted for ‘the ease of doing business’. The same agenda that would like to control all public resources, the commons, and the lands. The same one that over-extracts for profit, and pollutes with impunity. It is a vision to use governments that are centralised and authoritarian in their approach to bypass public consent, participation, democracy, all the while weakening federalism. Even for those who view these movements and causes in silos, the points of convergence should be quite visible.

Across the world, and especially in countries of the global south, it is the farmers, fish-workers, forest-dependent communities, and workers dependent on land and nature-based livelihoods who are leading environmental struggles. International rural workers’ movements like La Via Campesina from Belgium and Brazil’s MST are showing that the way forward is to ensure food security and sovereignty through agro-ecological approaches and land reforms. In the absence of state and policy support, these people’s initiatives are spreading through greater solidarity. Sans bully pulpits.

How Standardizing Quality Control Can Improve Trust in eNAM