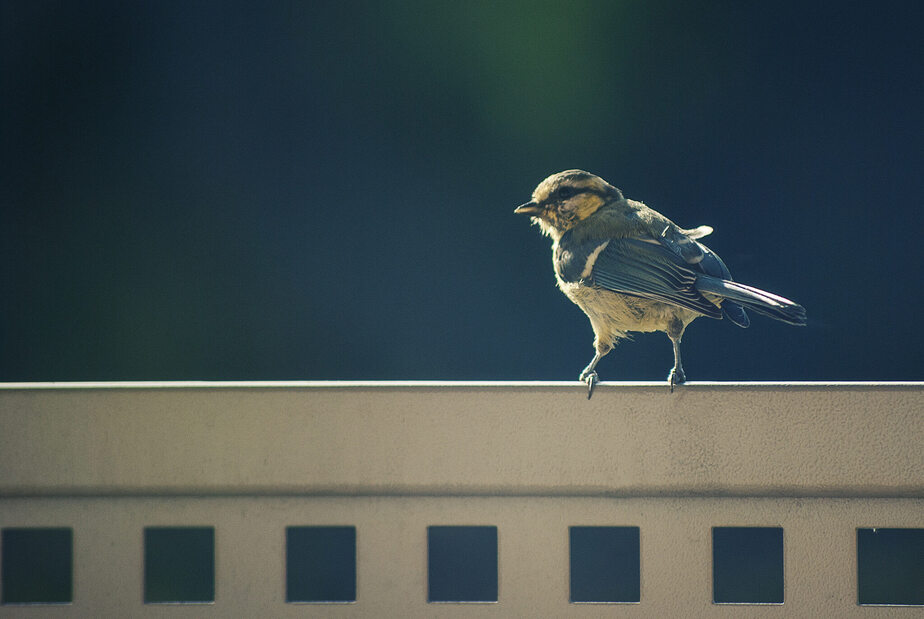 Here’s a haunting question to ask yourself: when was the last time you saw a House Sparrow fluttering about in your balconies or even inside your homes? Chances are, it’s been a long time.

For the last two decades, the House Sparrow population has drastically fallen in urban centres around the world. The situation is particularly worrying in India: sparrows are nearing extinction in major urban areas like Delhi and Mumbai. A decline of almost 70% has been reported in places around the country. This begs the questions: what are the reasons behind such a drastic decline, and is there anything that can be done at this point?

Sparrows generally feed on soft-body insects and grain. To cope with the boom in population and urbanization, food production has gone up manifold. This increase in production comes with an obvious increase in insect control, in the form of insecticides with high chemical dosages. Several small-bodied insects are found on these crops and form an important part of fledgelings’ dietary composition. Therefore, the consumption of these insecticide contaminated small-bodied insects (it has been observed that some small bodied insects become resistant to certain forms of insecticides) and grains has led to a high infant mortality rate in these birds.

In her 1962 award winning book, Silent Spring, Rachel Carson warned that the indiscriminate use of insecticides would turn them into ‘biocides’ – killing not only insects, but eventually all forms of life. Are we seeing this prophecy come to life?

The long term reduction of tree cover, a natural habitat for the House Sparrow, has limited nesting areas for the birds. Further, fast changing housing patterns have also reduced potential nesting areas. More traditional, or older housing patterns had (and still have) several nooks and crannies that could house the nest of these birds comfortably, such as brick or tiled roofs, or sunlight vents. With the advent of glass exteriors, these safe nesting areas have become no more. To quote Dr V.S. Vijayan of the Salim Ali Centre for Ornithology and Natural History, “Modern buildings are devoid of eaves and crannies and coupled with disappearing home gardens, are playing a part in the disappearing act”.

Further, the disappearance of hedges (which also serve as great shelters) to make way for iron and concrete fences have forced these birds to nest in relatively open spaces, which makes it easier for predators to hunt them.

Possibly the biggest error of modern civilization, especially urban expanses, is the amount of garbage and waste that is produced. In India, per capita waste is increasing at 1.3% per annum and is showing no signs of slowing down. This increased waste accumulation has given rise to crows, birds that are extremely dangerous to the Sparrow population; Crows attack and destroy the eggs of a Sparrow. Similarly, an increased presence of cats has also contributed to Sparrows moving away from urban areas. 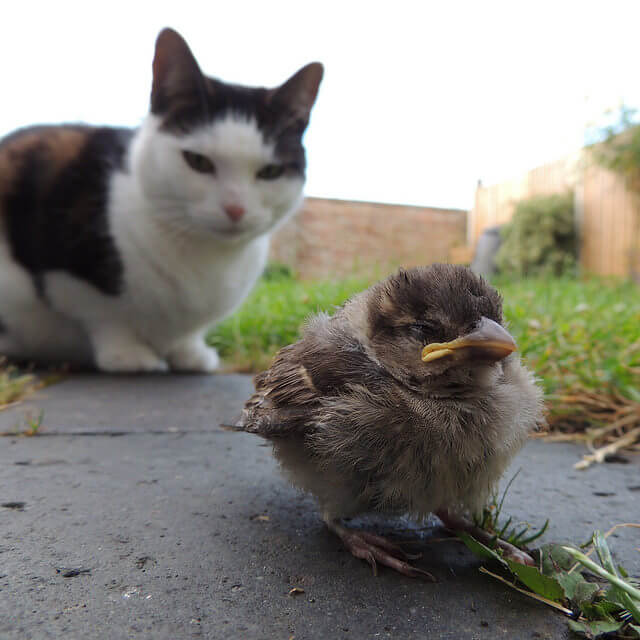 A study done by the Mammal Society in U.K. showed that House Sparrows were among the most common birds that were hunted by cats.

The rapid and immense spread of the telecom industry and mobile phone usage has also said to have impacted the Sparrow population. Radiation emitted by towers is a major contributor to electro-smog, which is the contamination of electromagnetic radiation caused by mobile communication bases. This radiation has been proven to affect reproduction and nervous systems; a study done in Spain found that the number of Sparrows decreased in the most contaminated electromagnetic fields. While this still remains a largely contested reason, it has steadily been gaining more and more acceptance. In 2011, an Expert Committee under the Ministry of Environment, Forests and Climate Change, supported the argument of electromagnetic radiation being a cause for the decline of House Sparrows.

Several attempts have been made to raise awareness about this issue. For instance, the erstwhile Chief Minister of Delhi, Sheila Dikshit, declared the House Sparrow to be the state’s official bird. Further, the Nature Forever Society, in association with the Burhani Foundation (India), launched the Save Our Sparrows campaign; 52,000 bird feeders were distributed across the world, as part of this initiative. One can also find several huge media houses highlighting the alarming issue from 2010 onwards. As of the same year, March 20th of every year is celebrated as World Sparrow Day.

However, have these awareness drives and campaigns come too late?

What Can the Average Individual Do?

This little brown bird is on the International Union for Conservation of Nature’s (IUCN) Red List, which is said to be the most comprehensive list of the global conservation status of biological species. However, even with the lack of comprehensive policy measures to tackle this issues, it is possible to arrest this depressing decline.

Pramod Mane, the founder of Sparrow’s Shelter, says it can be as simple as hanging “artificial bird nests in balconies and putting out a pot of water and food for the winged visitors”. Sparrows breed up to four times a year; having artificial nests for them will provide a constant place of refuge. Further, consciously planting hedges and plants that are native to the place will go a long way in terms of providing more nesting places. In addition to water bowls, bird baths will also help the House Sparrow rehydrate during the summer months.

The time to act, especially in an individual capacity, is now. As per Mr Mane, “If we cannot save sparrows, no one else can. In few decades, they would go extinct like dinosaurs”. Renowned Hindi author, Mahadevi Verma’s story ‘Goraiya’ brings back fond memories; a Sparrow eating grains from her hands, playing hide and seek and hopping around.

If we don’t act now, this bird — one that’s been a part of infinite childhoods and memories — will be confined to the spaces on a page.