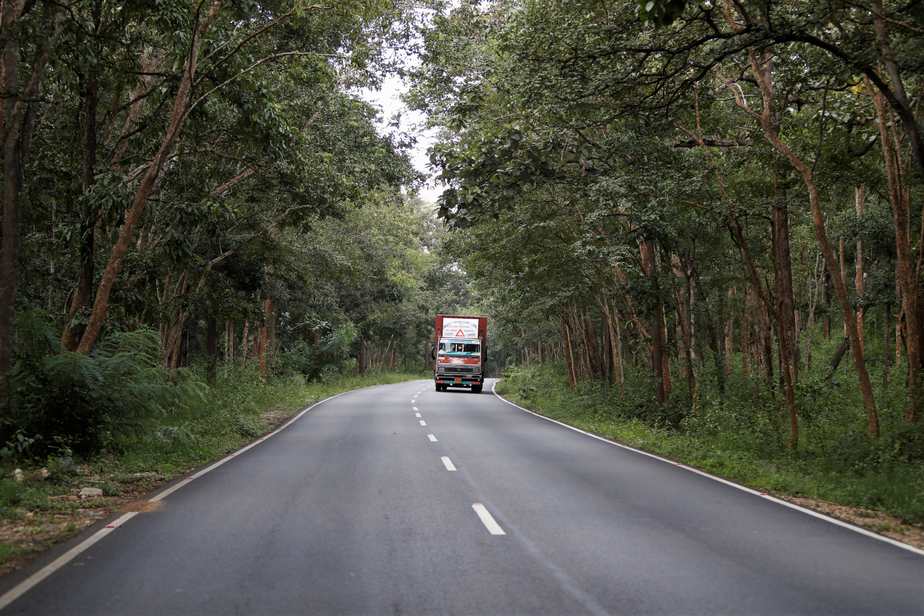 Balachandra, Conservator of Forests and Field Director, Project Tiger, Bandipur, is a worried man. Close on the heels of a massive protest in neighbouring Kerala, over the rumoured closure of the highway that connects it with Karnataka through the Bandipur Tiger Reserve, he had to oversee the capture of a tiger that had strayed into a village in the Gopalaswamy Betta range of the Bandipur reserve and killed a dozen cattle and two men, causing panic all around.

He does not see both these cases as mutually exclusive. “A highway through the park is a linear intrusion and a huge stressor for the animals. There are ecological impacts to it. It’s not just about roadkills,” he says, adding that human-animal conflict was on the rise in the villages on the peripheries of the reserve. “The department has paid Rs 1.5 crore (Rs. 15 million) as compensation for the crop damaged by the animals apart from the ex-gratia paid for deaths from the conflict,” he added.

The highway in question here is NH 766 (previously NH 212) that connects Kollegal in Karnataka and Kozhikode in Kerala via Mysore and Gundlupet in Karnataka and Sulthan Bathery and Kalpetta in the Wayanad district of Kerala. It bifurcates at Gundlupet with NH 766 proceeding to Kerala and NH 67 connecting Gundlupet to Ooty in Tamil Nadu. About 19.7 km of this highway, which stretches to a total of 272 km, slices through the core of the Bandipur Tiger Reserve, which, according to wildlife experts and conservationists, is a critical tiger habitat and an important migration path for large mammals in the reserve. In Wayanad, the road passes through 4.8-km of the core zone and 5.8-km of the buffer zone of the Wayanad wildlife sanctuary.

In 2004, while studying the birds of Bandipur, conservationist D. Rajkumar of the Wildlife Conservation Foundation noticed that many animals were being run over and killed by vehicles on this road. This piqued his interest. “We did a study on the roadkills on this route and found that vehicles killed a greater number of animals than poaching did,” says Rajkumar.

In a comprehensive study done on the matter over a period of three years (2004-2007), the WCF came up with mind-numbing data on road-kills—a staggering 89 mammals including an elephant and a tiger, 73 birds and 53 snakes had been done to death by speeding vehicles on this route. This data helped Karnataka to take up the matter legally and impose a ban on night traffic on the road between 9 pm and 6 am.

Part of a large landscape that includes several protected areas (PAs) in Karnataka, Tamil Nadu and Kerala, and home to over 140 tigers and 1,500 elephants, the importance of Bandipur Tiger Reserve in India’s effort to conserve its wildlife cannot be undermined. Hence, the highway, an arterial route for economic activities of the towns of Sulthan Bathery and Gundlupet and a lifeline of people on either side of the border, has been a bone of contention between the two states as well as conservationists and traders for long.

A Court Verdict, a Rumour and a Massive Protest

All hell broke loose when the Supreme Court in its judgement on August 7 on a petition filed by Kerala challenging the night traffic ban on the road asked the Ministry of Environment, Forests and Climate Change (MoEF&CC) to file an affidavit with suggestions on how to improve the features of NH-275 and state highway-90—the route considered as an alternative to NH 766—so that the possibility of closing down the highway, in the long run, could be considered. This was followed by a letter from the Minister, MoEF&CC Prakash Javadekar to Kerala Chief Minister Pinarayi Vijayan rejecting the state’s proposal to construct elevated structures on NH 766. The letter reinstated that the night traffic ban would stay and efforts would be made to strengthen the proposed alternative route so that NH 766 could be closed down altogether in the future.

“Certain youth organisations were irked by the night traffic ban in 2009 and had tried to mobilise people to protest, but the people in Wayanad were not interested at that time because the night traffic ban had hardly affected them. But after the apex court verdict, a rumour that Karnataka would close the road for daytime traffic too spread, and everyone panicked,” says N. Badusha of Wayanad Prakruthi Samrakshana Samithi (WPSS), an NGO that has been vocal about banning night traffic on this road.

And panic they did. Many youth organisations, both political and non-political, from various parts of Wayanad district came together for an indefinite hunger strike in Sulthan Bathery on September 25. Over a course of 10 days, the protesters mobilised around three lakh people from various strata of the society. While the movement made headlines with Wayanad MP Rahul Gandhi throwing his weight behind the protesters, the real showstoppers were the 20,000-odd school and college students who congregated in Sulthan Bathery to protest the ban.

“The organisations managed to create a mass hysteria around the movement with firecrackers, band sets, etc.,” says Badusha. Advocate K.G. Sudheesh of the Democratic Youth Federation of India (DYFI) who was part of planning and organising of the protest, informed that it was not just the people of Wayanad who had taken part in the protest but also those from other states like the farmers of Gundlupet and auto drivers of Erumad in Tamil Nadu who had been affected by the ban.

Alternative Route and its Feasibility

The route considered as an alternative now is via SH 90 and NH 275, through Mananthavady (Kerala), Kutta, Gonikoppal, and Hunsur in Karnataka. But the hitch is, this route is 35 km longer and completely bypasses Sulthan Bathery in Kerala and Gundlupet and Nanjangud in Karnataka—one more reason why the people of Sulthan Bathery cannot come to terms with it. Sudheesh says that these people, if they were to take the alternate route, would have to traverse 217 km, as against the 98 km now, to reach Mysore. “It is an additional 35 km to Mananthavady from Sulthan Bathery. If the intention is to protect the environment, then the authorities should take into consideration the additional emission from vehicles on this longer route,” he says.

This road, developed by Karnataka by spending Rs 75 crore, however, does not bypass the forest areas completely. But conservationists argue that this road does not pass through the critical tiger reserve or cut through the migration path of the animals unlike NH 766.

A 2013 study on road-kills undertaken by Dr Dhaneesh Bhaskar, a postgraduate zoology student of Kannur University, on the 13-km-long stretch of the Mananthavady-Kutta highway passing through the Tholpetty range of Wayanad Wildlife Sanctuary (which is part of the alternative route), made headlines for the number of road-kills recorded in the eight-month period of the study between April and November. The study recorded 2,426 animal kills of which 2,213 were amphibians, 153 reptiles, 3 birds and 57 mammals. Dr Bhaskar found that most of these road-kills had taken place at night, suggesting that even this stretch is unsafe for wildlife unless the importance of said wildlife is measured in terms of the size or prominence of the animal.

Will the Highway be Closed Forever?

“As of now there is no intention to close the road completely. The Supreme Court had mentioned that only when an alternative route that meets the standards of the present one is found can NH 766 be closed. Finding an alternative route is the responsibility of the National Highway Authority of India (NHAI) which is doing its job,” affirms Balachandra.

As for the night traffic ban, Balachandra sees no reason why it should be lifted. He says that on an average about 5,000-6,000 vehicles pass through the highway when it is open. At night when the traffic ban is enforced, 16 transport buses and emergency vehicles are allowed to ply on the road.

On an SC order on January 10, 2018, a committee, headed by the Secretary, Ministry of Roads, Transport and Highways (MoRTH) with representatives of Karnataka, Kerala, Tamil Nadu, the National Tiger Conservation Authority and the MoEF&CC was constituted to examine the “restriction on night traffic on highways NH 212 (renamed NH 766) and NH 67 passing through Bandipur Tiger Reserve from 9pm to 6am”. The report of the committee, made after holding discussions with the stakeholders, field visits and inspection of records, concluded that, “The prevailing situation does not warrant any changes”. The committee also noted that the night traffic ban was especially important considering the fact that animals like elephants, tigers, gaurs, etc., had behaviourally adjusted to it.

Why Kerala is Protesting

It is as clear as day that a daytime closure of the highway has not been planned for now. The night traffic ban has been in place for a decade. Then what is Kerala protesting about?

Sudheesh says that Wayanad remains one of the most backward districts in Kerala because of the absence of proper roads or rail connectivity. Then there is the trade relationship that the farmers and traders of Gundlupet and Sultan Bathery have been maintaining for decades. Also, Mysore is better connected to Sulthan Bathery than Kozhikode, and the highway serves as a major link to some of the best colleges and hospitals in Mysore.

“Wayanad has no rail network. NH 766 is the only road that is not through a mountain pass. It’s easier for us to go to a hospital in Mysore in case of an emergency than access Kozhikode medical college or any other hospitals in Kozhikode,” he says. According to Sudheesh, the importance of making this highway accessible 24×7 was felt most during the floods in 2018 and 2019. “Most ghat roads were closed and this was the only highway accessible to us during emergencies,” he added. 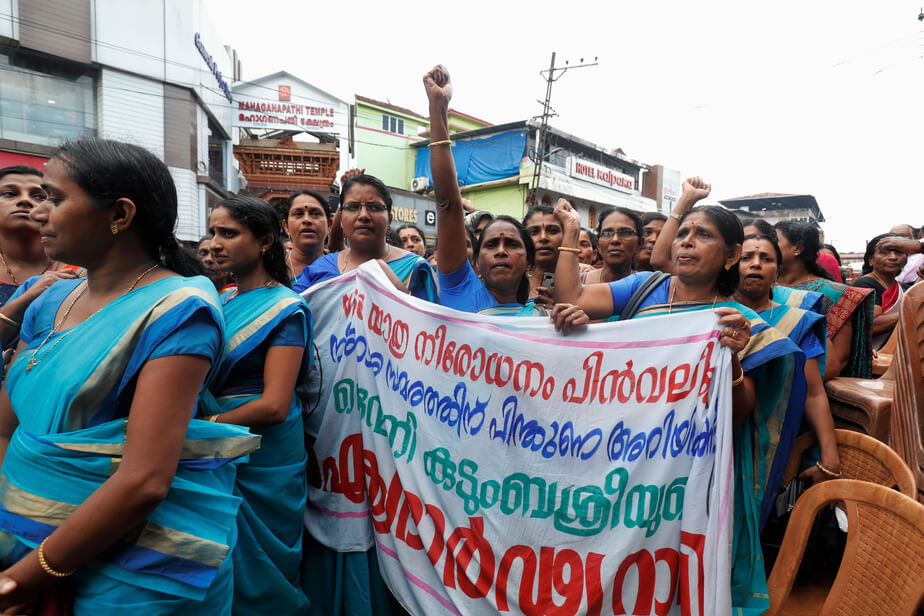 A study conducted by the Kerala Forest Research Institute in 2014 on the validity of the night traffic ban on NH 766, concluded that the ban was causing a lot of distress and economic loss to the stakeholders, especially the farming community in both Wayanad and Gundlupet. The study suggested that a convoy system be introduced on this road at night time so that the interests of both the wildlife as well as the people could be protected. Suggestions among others included traffic ban on the road for an hour between 6-7 in the mornings and evenings when the wildlife movement on the road is at its peak; limiting the number of vehicles at night to 50 and limiting the speed of vehicles at night.

But ecologists and conservationists say that the bigger picture needs to be taken into consideration while deciding the fate of the highway. Many road ecology studies undertaken to assess the impact of roads and highways in PAs on wildlife have pointed to the negative effects of linear intrusions on the fauna. Experts in the field have been arguing for long that as India’s protected area network forms only four percent of its landscape, it needs to be left untouched.

Sanjay Gubbi, Scientist, Nature Conservation Foundation, who has undertaken studies on road ecology and the impact of highways on PAs, says that highways through PAs have a great impact on wildlife, including fragmentation of habitats, genetic isolation of wildlife populations, and more importantly mortality due to vehicular collisions. This can only get worse when we realise that the vehicular traffic in the country is growing at the rate of 10-12 percent annually. “In the interest of wildlife, forest conservation and sustainable development, existing roads within protected areas have to be provided with alternative alignment and existing highways should be decommissioned,” he says.

This story is co-published by The Bastion and Mongabay-India.