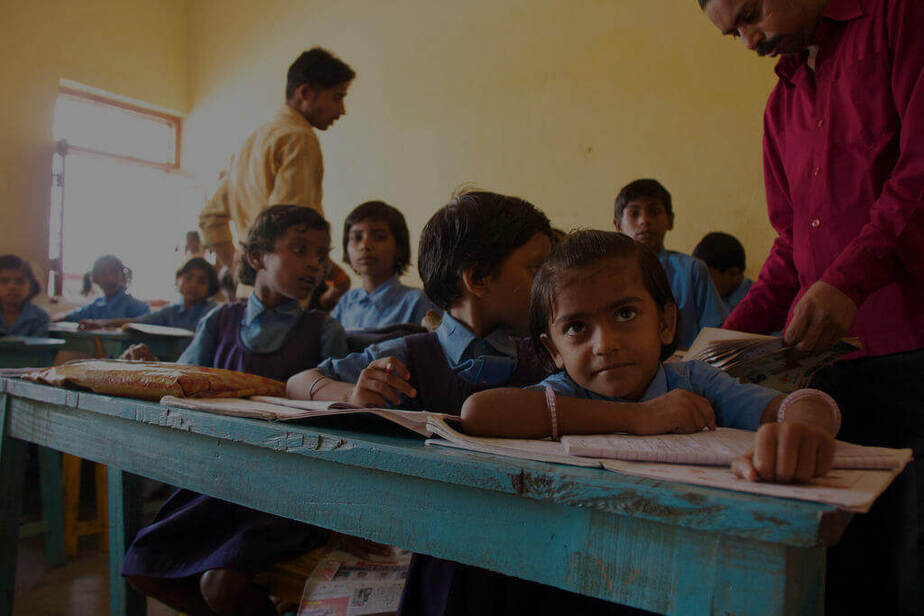 ‘There is a need for value education, experiential learning, practical knowledge, life skill education and physical education. But where is the time for all of this in our school curriculum?’

In July 2018, Javdekar called for the prioritization of an educational pedagogy that addresses Indian students as members of both the workforce and society. The government’s approach towards curriculum reform purportedly echoes this thought, with proposals in place to halve the current volume of educational curricula across school grades, facilitating better learning. This revised curriculum will be framed in what Javadekar has called a ‘rationalized, appropriate’ form.

The most comprehensive indicator of the government’s stance towards curricular reform is a draft of the National Education Policy (NEP) released by the Ministry of Human Resource Development in 2016. The only sign of an updated education policy on curricular reform, the draft NEP has had an indecisive drafting process, and, worryingly, contains no mention of curriculum reform. Over the policy’s four extensions, the focus has been on debates over budget allocation, digital and infrastructural resources, and teacher training.

The silence surrounding current pedagogies and methods of evaluation as indicators of learning is concerning, chiefly because money spent on infrastructure and the availability or quality of teaching, only supplements pedagogy. The nature of the information being conveyed within India’s learning pedagogies remains the same.

The Stagnant Standards of Indian Education

The urgent need for reforms in the government’s approach to education is visible in evaluations of the quality of learning. According to the Annual Status of Education Report (ASER) 2017, over 50% of surveyed Indian students could not carry out basic division. A 2018 World Development Report ranks India 11th out of 12 countries where Grade 2 students are unable to read or perform simple subtractions. These findings raise questions regarding the quality of learning in India, as well as the value of the devised systems intended to assess it.

Systems of learning and evaluation trace back to a larger national movement to delineate the Indian state as a singular entity presiding over a heterogeneous, highly stratified society. In such a scenario, it was important for education to extend its reach across socioeconomic groups.

Such rapidly expansive strategies struggled to cope with the mandate of universal accessibility. The large, minimally functioning centralized network of such education programs was privileged, yet their quality suffered as annual budget allocations towards education declined. Authorities implicitly overlooked the quality of training for teachers and their autonomy over classrooms. The actual functioning of education eventually suffered in the long run.

A student’s most dependable educational resource ultimately became their prescribed textbooks. The educational standard they were to live up to was simply decided by examinations. This decisively impacted curriculum design, which was underlined by a drive to improve enrolment rates. As education spread, such marks oriented standards of learning became the status quo.

Information was not explored beyond its ‘technical’ form, with large textbooks of ‘facts’ presented to students to be learned by rote. With minimal understanding of the concepts girding them, these facts were later reproduced verbatim in exam halls. Exams designed to test all students in spite of the stark differences between them, were highly standardized, making them easy for anyone to correct. Learning thus became a competitive process for students, with their sense of self-worth and academic calibre implicitly linked to their performance in exams.

Technical information heavy curricula are encountered varyingly across socioeconomic strata. Those faced with linguistic and economic constraints simply disengage from the system and seek alternative engagements, as do those at the other end of the economic spectrum who can afford to do so. For socioeconomic groups using memorised technical information while applying to higher education institutions, heavily engaging with this examination-oriented system can at best lead to disillusionment with it. And at worst, suicide.

These realities did not go undetected, with the Yash Pal Report (the basis of the 2005 National Curriculum Reform [NCF]) noting a ‘culture of performance’ where examinations are given highest primacy.

“We find that dividing a decimal by a multiple of 10,000 or 1,000, we first move the decimal point to the left as many places as there are zeros in the number and then divide the resulting decimal by the second factor of the divisor.”

According to the report, this excerpt from a Class 5 textbook (Board unspecified), is an example of how such instruction only incites direct reproduction. It does not encourage the student to learn the principles underlying the rule and limits academic curiosity. Strictly worded in highly stylized language, the textbook is singularly authoritarian in dictating information, impeding sustained intellectual growth.

The effectiveness of learning is also held back by content that is socially unrecognizable to most of its recipients, wherein testing for one correct answer can potentially alienate children from their own realities. For example, a Grade 5 textbook (Board unspecified) asks whether the claim ‘road is also a playground’ is true or false. Found to be ‘false’, such instances invalidate the experiences of most Indian children.

The NCF thus cited examination reform as the most important systemic measure within curricular reform, calling for reduced psychological pressure on students, and a structure that allowed for accessibility, creativity and reasoning.

The 2016 NEP Draft: Solutions and Shortcomings

Proposed examination reforms in the 2016 draft of the NEP are targeted at the curriculum they evaluate, and at reducing the stress of a singular, looming ‘Board Examination’. While the draft recognizes the effects of the problem, it fails to address the issue of the actual knowledge being offered to the student, despite the concerns raised in the Yash Pal and ASER reports.

For example, year-end examinations continue to be implemented from Grade 5, putting pressure on children from a young age while also skirting the issue of pedagogical inaccessibility. Instead, ‘poor performance’ is to be reduced by restructuring mandatory examinations into a two-level examination system based on academic performance. This further pressurizes students, with those taking the ‘lower level’ exam likely to face stigmatization for not meeting expected standards. While this may reduce the failure rate, the core gap in learning indicated by competitive exams remains unaddressed.

What is even more worrying, however, is that the draft NEP, created out of 18 months of consultation and 2.75 lakh meetings-has been discarded, and a new committee has been appointed to write the policy. A renewed and heavily bureaucratic process is a worrying indicator of insufficient further action.

Perhaps the 2016 draft was expected to be a one-stop solution for the systemic failure of India’s education system. Such an approach severely limits any attempts to create functional change, owing to the difficulties of creating a strategy that is both universal and pragmatic. To be truly effective and inclusive the NEP must start directly addressing core issues in detail, and holding institutions accountable for the reasons underlying poor standards of education: the information being conveyed and outdated evaluative methods.

Passing the Grade 10 or 12 ‘Board Exams’ equips a proportion of children to enter specialized universities and later, workplaces. But it is necessary, to keep in mind what a school education realistically means to children across social groups when designing curricula. Schools must enable students to learn and interact with the world they live in, to apply logic and information so that they may make informed decisions in any context.