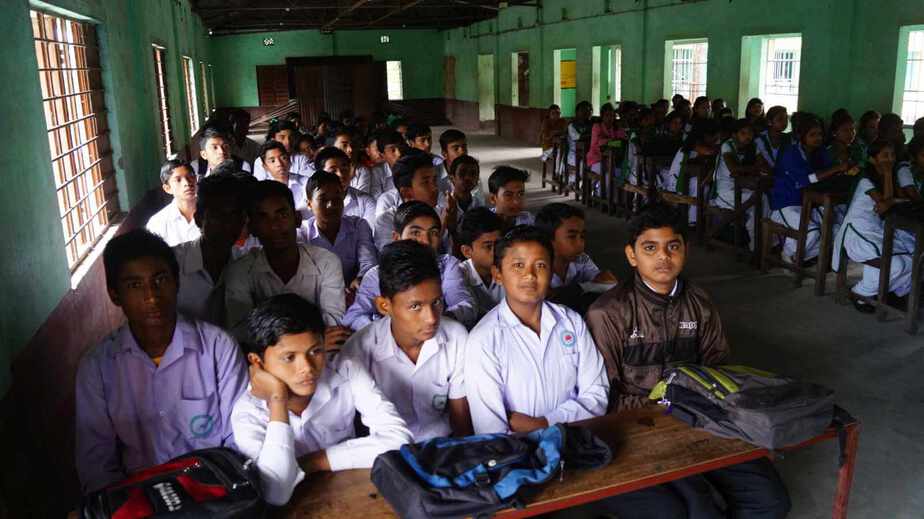 On 1st April 2010, The Right to Free and Compulsory Education Act (RTE) was passed by the UPA government, making primary education a fundamental right for children between the ages of six and fourteen. The RTE was a breakthrough attempt to universalize primary education, thereby giving thousands of children the opportunity to avail free and accessible education.

While the National Commission for Protection of Child Rights (NCPCR), State Commission for Protection of Child Rights (SCPCR) and Right to Education protection authorities are entrusted with ‘monitoring’ the implementation of the Act, the Ministry of Human Resources Development (MHRD) is the ‘implementing agency’ responsible for bringing the Act into effect. This divorce between monitoring and implementing agencies governing the RTE is unique to India’s manner of executing Acts passed by the Parliament.

In theory, the idea of different monitoring and implementing agencies allows for accountability to exist; one party makes sure that the other is doing its job and vice versa. But “too many cooks spoil the broth” seems to be the operative when it comes to the NCPCR’s ‘monitoring’ policy and its superfluous delegation of responsibilities. The NCPCR’s flawed monitoring style and meagre public presence have impinged its accountability.

Web of Responsibilities: The NCPCR and its Arms

Under Section 31 of the RTE Act, NCPCR is responsible for monitoring the provisions of  the Act and its functions include:

But since 2013, a comprehensive account of the NCPCR’s deliverance of its duties has not been made available to the public on its official website. In states that do not have an SCPCR to monitor the RTE, the respective state government sets up a Right to Education Protection Authority. The authority is responsible for starting child helpline services that address violations of the Act. The duties of the State Commission include generating public awareness on child rights and suggesting policy and legal measures to deal with complaints arising from the poor implementation of the Act. With the power and authority of a Civil Court under the Code of Civil Procedure, 1908, the State Commission also deals with legal issues related to the RTE.

Now, in order to strengthen its monitoring position, the NCPCR  formulated an expert group comprising of educationists, government officials and civil society activists in 2010. Officials from NCPCR, National University of Educational Planning and Administration (NUEPA), National Council for Educational Research and Training (NCERT) and representatives of Mamidipudi Venkatarangaiya Foundation, Akshara Foundation and Aman Biradari constitute the expert group. The group is also a point of convergence for officials from the MHRD ─ the ‘implementing’ agency for RTE ─ along with their counterparts in the NCPCR, the primary ‘monitoring’ agency. The involvement of the Ministry of Human Resources Development in NCPCR through its officials contributes to NCPCR’s lack of accountability as this complicates their otherwise exclusive relationship (of monitoring and implementation).

Some of the proposals of the expert group include maintaining a web-based portal for registering and tracking complaints online, conducting social audits and public hearings at regular intervals and establishing an RTE Division within the NCPCR.

The proposed RTE Division includes a National Technical Support Group (NTSG) and State Level Support Groups that have been given the task of gathering information and data, monitoring complaints, conducting follow-ups with states, giving feedback to states and generating public awareness to increase capacity building. Still, details about the work that has already been accomplished by this Division (or those which will be completed in the future) remains unknown; information has not been made available to the general public, making the RTE Division another arbitrary body with no clear role. The capacity building workshops, meant to be organized frequently with civil society are extremely irregular ─ to the extent that they are close to absent (the last known workshop took place in July 2013).

Too Many Cooks Spoil the Broth

The implications of the RTE’s inadequate implementation are dire: as of 2011, the enrollment rate for pre-primary schools was 93 percent for primary schools. But, among rural children of age 10, half could not read at a basic level. Further, over 60 percent were unable to calculate division based sums. A paucity of information about the workings of the expert group, its meetings and duties online have made the role of this expert group questionable. While the expert group possesses the ability to be the NCPCR’s most powerful monitoring tool, its inefficacy arises from irregular meetings, poor feedback mechanisms and delays in settlement of pending complaints. Currently reduced to just another monitoring tactic of the NCPCR, if actually set in motion, the expert group enables officials and activists to come together to provide holistic primary education for India’s children who are dropping out of schools thick and fast.

The NCPCR is entitled to financial support from the MHRD, which runs the risk of not ensuring independent and critical monitoring of the Act. This further dilutes the NCPCR’s accountability in their actions.

Overall, the dearth of information about the manner in which the NCPCR monitors and manages the many bodies entrusted in ensuring the smooth implementation of the RTE not only results in a lack of accountability but also becomes an example of how too many bodies carrying out similar tasks is not really helping the current poor situation of RTE’s implementation. At the end of the day, the initiatives taken by NCPCR to monitor RTE are unknown, unclear and irregular, with little interaction with the general public. All this, even though the RTE is one of those schemes that affect a large chunk of the population and is a major initiative to move towards ensuring a developed, literate future for India.

The accountability and monitoring discrepancies are more intricate when instituting the Right to Education Act in private educational institutions because of their varied approaches to merit-based education. The RTE Act provides for compulsory reservation in all private educational institutions for those from economically disabled backgrounds, which has been met with public backlash and legal action, as well as from within educational institutions themselves. When the implementation is stalled by private institutions and their focus on profits (or an institutionalised meritocracy), the governing body which we assume to be held accountable is alienated. In our next issue, we look at the driving force in actualizing change via the RTE by factoring public costs which are incurred and borne from those with very little left to give.