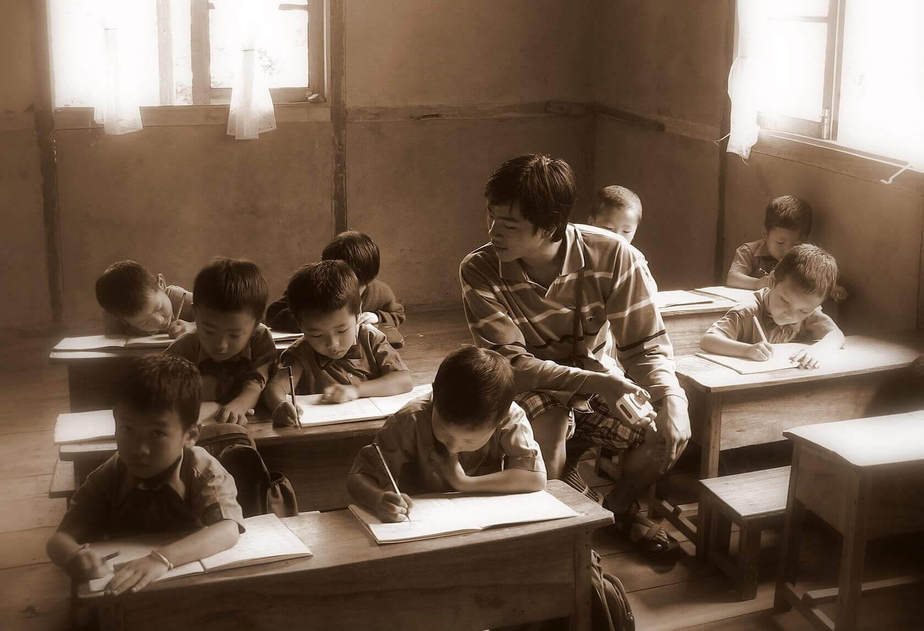 India’s North-East Region (NER) is a long belt of eight states ─ Assam, Arunachal Pradesh, Manipur, Meghalaya, Mizoram, Nagaland, Tripura and Sikkim. Each state in this region is home to at least one international border. For instance, Arunachal Pradesh is surrounded by Myanmar in the east, China in the north and Bhutan in the west; Mizoram shares its borders with Bangladesh and Myanmar. Sharing international borders comes with its own costs on the state and its citizens; the NER has suffered from problems of illegal cross-border movements, law and order, security and insurgency.

In order to tackle such problems and alleviate the plight of its citizens, the central government of India and respective state governments have shown great interest in the Right of Children to Free and Compulsory Education Act (RTE). National-border tension and marginalization are issues of national interest and more and more youth from the NER are bidding farewell to their hometowns in search of employment and quality higher education.

In 2010, a committee set up by the Centre estimated that INR 2310 billion would be required for the implementation of the RTE across five years in the NER. The central government agreed to share the cost in a 68:32 ratio between the Centre and states, whereas the agreed ratio for the North-East region was 90:10, with the Centre footing the major chunk of funds.

In implementing its plan, some of the steps taken to promote education through the RTE are:

While these schemes were common to all states of India, on May 14 this year, Sarbananda Sonowal, the Chief Minister of Assam, launched Lakshya at Chowkidingee field in Dibrugarh. Lakshya is an initiative of the Dibrugarh administration, in partnership with Rashtriya Madhyamik Shiksha Abhiyan (a scheme designed to increase demand for Secondary Education) and UNICEF. It is aimed at improving the teaching environment in schools and will impact 28,511 students from classes 9 to 12. Academician Nagen Saikia supports Lakshya, claiming that it will guide students to make the right career choices and contribute positively to society.

The literacy rate in the state of Assam is 73.18%, just above the lowest-performing state in terms of literacy, Arunachal Pradesh. Section 19 of the RTE, 2009 specifies certain infrastructural requirements such as one classroom per teacher, barrier-free access, separate toilets for boys and girls, safe drinking water, a kitchen for the preparation of mid-day meals, playground and fencing around the school compound. These requirements were to be met by 31 March 2013.

While it has been said that NER has achieved near universal enrolment in schools and enhanced hard and soft infrastructure, the progress on learning outcomes has not been up to par. Due to the focus on “quantity” in terms of creating schools and providing education to a maximum number of students, the “quality” of education has suffered considerably. According to the CAG report generated on the status of primary schooling in Assam, the focus should be on performance-based assessment to encourage schools to function efficiently and deliver quality education. The importance of the School Assessment Programme suggested in the 2014 budget is great in this regard and should be implemented as a nation-wide policy to fix a system of education that has led to wasteful expenditure by focussing on mere quantity rather than the quality of education.

Despite all the provisions being made by the Centre and State governments of the NER to improve the situation of education in the region, the on-ground situation seems to be a political battle, with ideas of racism and discrimination emerging as the dominant players.

Nido Tania, a 20-year-old student from Arunachal Pradesh was murdered in the Indian capital by shopkeepers as they allegedly shouted racial slurs at him in 2014, adding fuel to the already flaming fire of racial discrimination against people from the North-East region of India. More recently, Higio Gungtey, a 22-year-old student from Arunachal Pradesh was assaulted by his landlord and told to lick his shoe in Bengaluru in March this year.

Such instances beg the question of what education can do to help calm the unrest when the treatment of people from NER is questionable in diverse parts of the country. The unfavourable political climate due to shared international borders and discrimination impinges on education being imparted in the region. For instance, in Manipur 8 to 27% of the sampled schools did not achieve the minimum number of working days, while 35 to 48% of schools did not achieve the minimum number of instructional hours. The schools cited frequent bandhs and adverse law and order situations as one of the main reasons for the inefficient functioning of schools. There was also an absence of records about arrangements made by the Government or school authorities to cover up the loss of working days.

Along with the need for improvement in the manner in which education is imparted and the kind of infrastructure being provided to do this, there needs to be better sensitization throughout the nation to create a conducive enough environment for Indian youth from all four corners of the country to foster, grow and eventually contribute to society. Marginalization needs to be addressed as an obstacle that should be removed to get the full benefit of schemes meant to enhance the future of the nation.