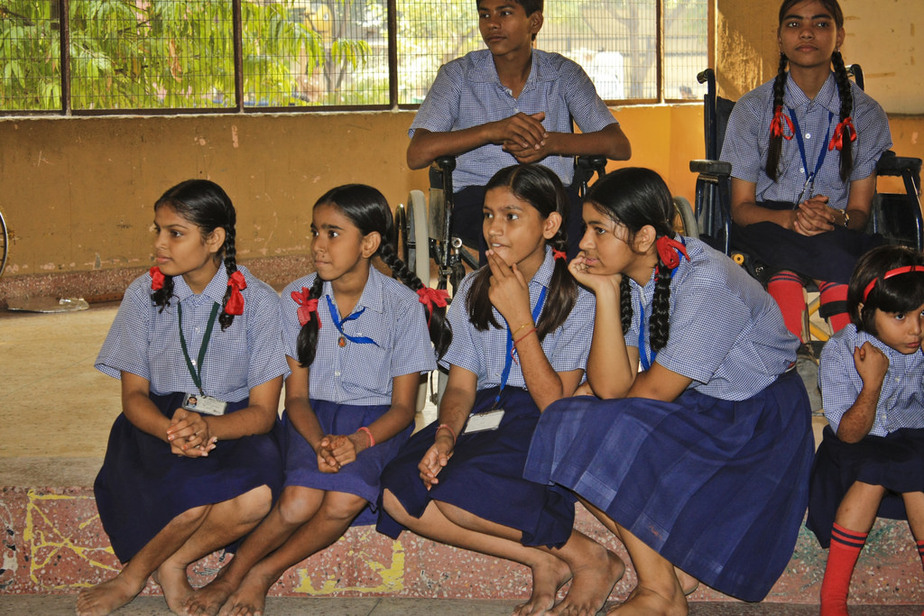 In 1995, the Indian legislature passed the Persons with Disabilities Act (PwD), ushering in a new conception of institutional support for children with disabilities. In order to combat the historical social alienation faced by the disabled, the Act emphasized the need to include disabled children in mainstream education.  The text itself advocated a strong reliance on non-discrimination by the removal of material and psychological barriers. The idea espoused was one of organic social growth and progressive thinking, because the Act perceived special education as a necessary component of regular or mainstream public education, more than of a purely “charitable” necessity. It was a perfect representation of how discourse around social justice and inclusion could result in what was seen (then) as a progressive reform.

However, the act faced a plethora of problems in the realms of its implementation and manifestation, thereby drawing further criticism from those who advocated the previously existing non-inclusive education system. A natural expectation of the Act was that it would necessarily push regular classroom teachers to change their attitudes and learn the necessary skills to teach special children in the classroom. However, many studies, including one published in the 2013 issue of the International Journal of Special Education, indicate that a large majority of these teachers almost never receive sufficient training to handle these children, if at all.

The study conducted was amongst 353 primary and secondary school teachers in Delhi, using 30 different primary schools and 15 secondary schools for the sample size which were randomly selected from across the city. The study indicated that amongst the teachers from secondary educational institutions, just above 30% of the teachers had received any sort of training in special education. 78% reported no prior experience in working with special needs children and 86% reported that they did not have access to any of the support services ensured by the 1995 PwD Act in their classrooms. Very similar findings were observed amongst primary schools. The teachers themselves, as a part of the same study, had largely rated themselves as “not competent”, using the ICIT test which had been modified to fit the Indian context.

Prior to this, a study was published in the same journal by Ruffina David, a psychologist from the University of Melbourne, and Ahmed Kuyuni, an expert in Special Education from the University of New England. The study set out to find a further understanding of the “Intergroup Contact Theory” by observing classes in Tamil Nadu (where teachers had made active efforts for the inclusion of special-needs children into their classes). The theory ─ first set forth by Gordon W. Allport in 1954 ─ states that under appropriate conditions, interpersonal contact is one of the most effective ways to reduce prejudice between majority and minority group members.

Over the course of the study, it was found that the best results were found in classes wherein teaching involved using facilitative and inclusive teaching practices. The students were well accepted and aided by their peers in these classes. This shows us that a naturally inclusive learning process can be created only when the classroom is made conducive towards it. The study also found that even when most teachers had positive attitudes towards inclusive education, these attitudes were not significant influences on the classroom environment ─ unless they translated into an inclusive teaching method.

As the initial study (also conducted by Ahmed Kuyuni) showed, the benefits of inclusive education can only be reaped through the training of teachers. This training has been woefully limited, and its implementation even more so.

This brings us to the final question: considering the status quo within education in India, what has been done over the last few years in order to alter the landscape of inclusive education?

The centrally driven IEDSS scheme (Inclusive Education of the Disabled at the Secondary Stage) is riddled with administrative stopgaps. The scheme ensures that each disabled student enrolled will get a stipend of 600 rupees per annum. However, the scheme does not take into account the social factors of inclusive education — which can be identified by the alarmingly low enrollment rates of girl children with disabilities. States have been gradual (to say the least) when it comes to releasing reports of expenditure and application of the scheme to the central government.

The Rights of Persons with Disabilities Act – 2016, which was passed last November, offered new ground for optimism as it emphasized the rights-based approach towards the disabled and sought to give further liberties and aid to them. Within education, the Act does emphasize the rights of these children with a clarity which the 1995 PwD act did not possess.

However, the largest change (or lack of it) seen in the chapter on Education is the further delegation and dependence on local authorities and governments to take effective measures in ensuring that persons with disabilities enjoy their rights equally with others. Government-funded, as well as government-recognized educational institutions, will have to provide inclusive education to children with disabilities. The Centre is visibly lethargic with regard to the actual implementation of these schemes for the differently abled.

In a progressive move, the types of disabilities were increased from the existing 7 (in the PwD Act, 1995) to 21, including acid attack victims and students suffering from dwarfism and muscular dystrophy. Still, there have been no substantial changes in implementation, infrastructure and training.

The problems facing the disabled are multifaceted. There are social, economic and material hindrances which are profusely intertwined, so much so that one cannot consider an issue as broad as disabilities without properly taking into account the entire spectrum of problems within India. It is this foresight which is necessary from the states in order to achieve the picture that Ahmed Kuyuni and Ruffina David saw in Tamil Nadu, where inclusive education gave way to a socially progressive environment and a community conducive to change and interdependence all the while successfully maintaining independence.

Featured image by Jasper/ CC BY 2.0