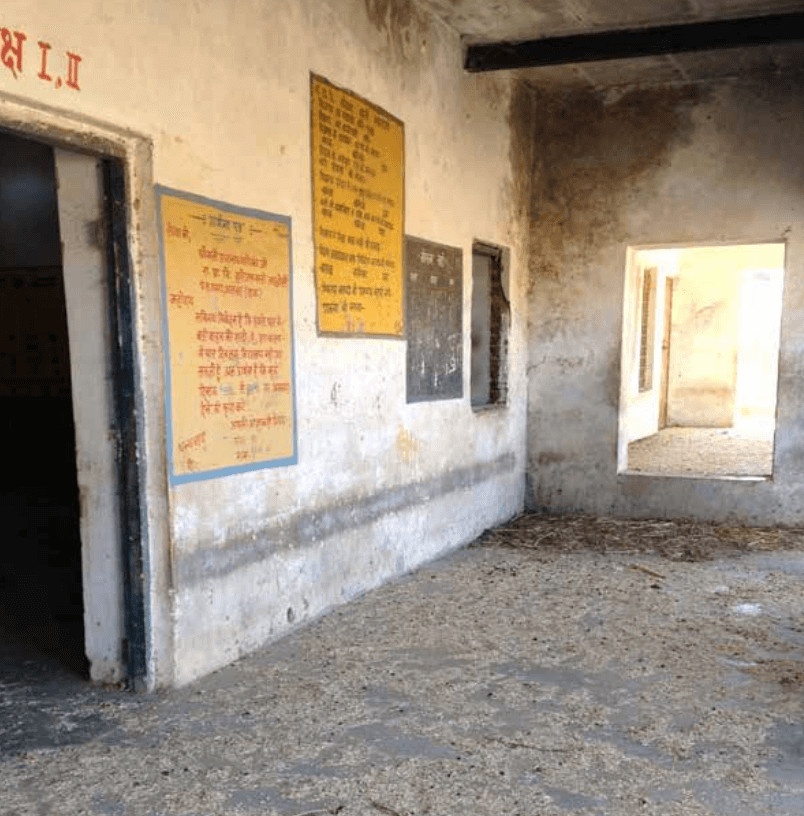 Headlines like these have been finding a place in newspapers for a little over a couple of years now. Of the sparse coverage that the education sector receives in general, the closure of public schools or their consolidation commands significant attention, and with good reason.

Financing quality public education with what is a dismally low national budgetary allocation towards it means that governments want to get the most out of every rupee spent. This is where proponents of school consolidation come in. Many a time, two or more schools are closed or merged, in order to combine resources and improve the quality of education delivered in one larger, consolidated school.

Think of it like this: small schools, especially those in rural India, are facing numerous problems and high overhead costs. From low enrolment rates, to having insufficient teachers and infrastructure, a majority of these schools struggle to provide quality education to their students. But, because of economies of scale, putting two or more of these schools together would make it possible to do more with the same resources, be it personnel, finances or space. By consolidating inefficient schools, the overall quality of education delivered would improve. Well, at least that’s what it is in theory.

There is little doubt that the country’s public education system needs something innovative. A ‘shot in the arm’, if you will. While multiple solutions — from school vouchers to e-learning — have been presented, few have caught on and created as much of a stir as the notion of public school consolidation.

States across the country have been taking up this plan of school consolidation actively for almost five or six years now, with some of them rescinding implementation as well. Rajasthan was the first state to do so, beginning this process back in 2013, albeit with lots of debate about just how effective this move is.

But before we dig into why school consolidation may or may not be one of the key changes that our public education sector needs, the legislative framework within which such an idea sits is vital to understand.

Starting out with the Sarva Shiksha Abhiyaan (SSA)

The Sarva Shiksha Abhiyan (SSA) or the ‘Education for all Mission’ was launched in 2001 with the aim of, as the name suggests, universalising elementary education throughout the country. This aim was to be realised through one key metric; enrolment.

To improve enrolment, one important hurdle had to be overcome; schools had to be close enough for young students to attend. To do this, several strategies were adopted, as highlighted in the Ministry of Human Resource Development’s ‘Guidelines for Rationalization of Small Schools across States for Better Efficiency (2017)’: 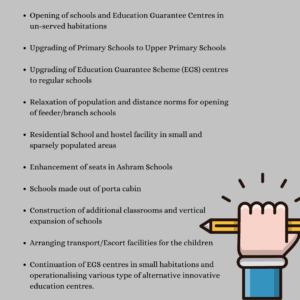 As the SSA was underway at full strength, the RTE solidified the mission’s efforts into law, becoming operational in 2010. The RTE brought with it a host of access and quality-control measures that schools had to comply with. It also focused heavily on increasing enrolment, by defining distances at which schools had to be situated from a certain habitation. For example, for those at the primary level (upto class 5), this distance is one kilometre, while for those at the upper primary level (classes 6-8) the distance is three kilometres.

Further, the RTE Act has laid down norms and standards, which are required to be ensured in every school, including teacher qualification, availability of teachers per number of students (Pupil-Teacher Ratio) and infrastructural facilities like playgrounds, drinking water facilities, toilets, and more. Here are some of them: 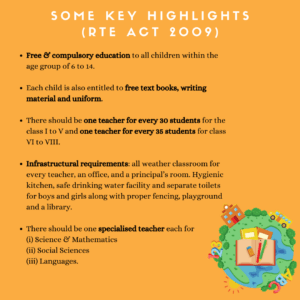 The RTE Act 2009, thus, recognised that it is insufficient to simply declare that ‘we need more schools’. It clarified the basic idea of what a functional school should look like, where it should be located and what the minimum requirements would be for creating a nurturing learning atmosphere.

But maintaining these standards across newly added schools became difficult

Now, policymakers across states say that these two much-needed moves had some unintended consequences. While the RTE was definitely needed, ensuring a standard quality of education would become even more difficult.

For example, they argue that schools were created and distributed in areas that overlapped. The MHRD’s guidelines say,

“while a legitimate focus was on expansion of schooling facilities across the country, the technological assistance such as GIS mapping to capture local specificities in order to make more realistic and responsive planning was not available to the planners. Moreover, land for construction of school buildings was to be provided by the community itself, and land in many cases was not available at the most appropriate location. Owing to these factors, there has been overlapping in the opening of schools”

This, they argued, affected the provision of resources, teachers and administrative requirements as per the RTE. For example, if there were two schools in a particular area closeby, some students and parents might choose to go to school A and others might choose to go to school B. As a result of this, the enrolment rate falls much below the prescribed numbers of the RTE.

You May Also Like: The Bastion Dialogues: Parth Shah

So what does one do when schools are failing to meet mandated quality requirements?

Several other states spoke about these same issues; while the access to schools had improved, resources were stretched thin and quality of learning suffered. It was to tackle these twin issues of low enrolment and excess schools, and in an attempt to raise the quality of learning, that consolidation of schools was proposed and taken up by different states.

But just how effective is such a policy intervention? Are the learning factors sought by the 2009 RTE actually being achieved? We explore these questions and weigh the trade-offs inherent to consolidating schools in part two of In Search of a Vaccine for Public Education.

Featured image courtesy Save the Children.