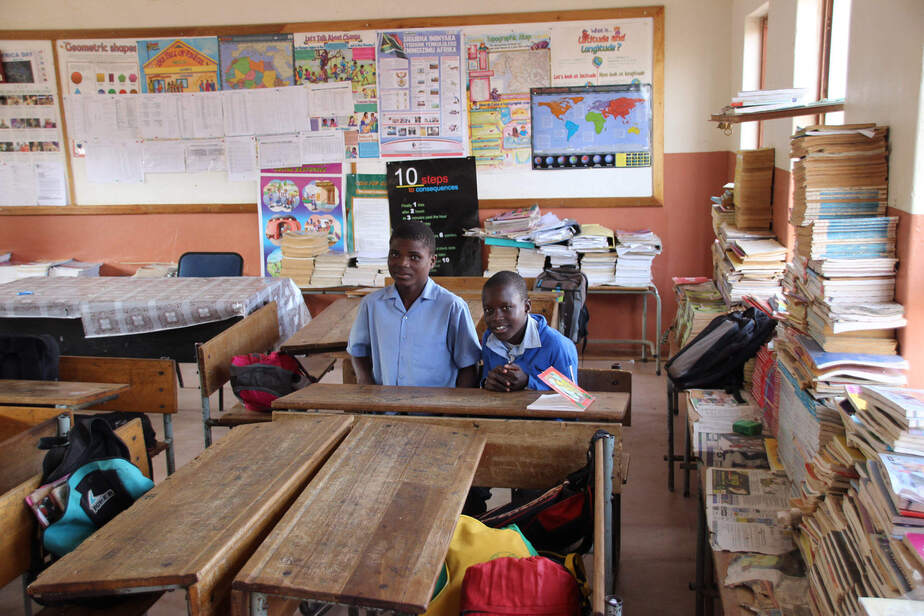 Colonialism was largely spurred by a monarchic race for resources, labour and territory. In hindsight, the brutal colonial exploitation of resource-rich Africa seemed inevitable. And as was the case in most colonies, economic exploitation in Africa was executed in tandem with a well-defined cultural upheaval.

‘Barbaric’ traditional epistemologies and lifestyles across a plethora of African cultures were systematically replaced with ‘sophisticated’ ‘Western’ ones. This colonial outlook tended to subjugate indigenous knowledge systems thereby creating a single cultural standard of Eurocentric supremacy ─ all of which was sustained by controlling the education system.

The breakup of the colonial empires controlling Africa occurred mostly after World War Two, which led to the birth of multiple nation-states. But in spite of their official independence, the national cultural identities of many of newly hatched countries in the African continent continued to be coloured by colonial thought.

This standard was challenged time and again, by some of the continent’s most influential intellectuals and activists. The likes of Franz Fanon, Ngûgi wa Thiong’o, and Chinua Achebe ─ who were often additionally influenced by theories of Orientalism and Marxism ─ raised concerns on the issue. Their discourse had a critical impact on the governments of many new states who were eager to rid themselves of their colonial baggage.

South Africa is one such country that had attempted to Africanize its education system following the dissolution of Apartheid in 1994. Continued state-endorsed inequality left the social demographics of the country in shambles. This resulted in the parallel emergence of two economies. One economy was developed; it was constituted of, for, and by South Africa’s minority white population. The other was underdeveloped; it was constituted of, for, and by its majority black population.

Subsequently, this gulf led to extreme poverty amongst the blacks, who made up 60% of South Africa’s total population. Racial inequality was sometimes subtle: while ensuring a general income inequality between the erstwhile races, inequality suffered varied over different regions within the nation-state.

To add to its woes, HIV/AIDS severely hampers the holistic development of the country: it affects 11% of South Africans. The prevalence of this disease amongst bureaucrats and prospective students slowed down educational development and significantly stunted enrolment rates. Additionally, a majority of the students affected by HIV/AIDS were young black females.

Therefore, in spite of their citizenship and due to an inherited systemic inequality, vast tracts of South Africa’s population were yet to truly and freely engage in national matters. Cognizant of this, South African government turned to the Africanization of its policies and ordered a bureaucratic restructuring so as to involve more citizens in joining the nation-building project on their own cultural terms.

Obvious policy measures undertaken included efforts to recast racially and religiously segregated education districts into geographic ones, thereby decentralising and spreading education across the country. Discriminatory entrance criteria to educational institutions were also done away with. As of 2014, cumulative enrollment in primary education (for both genders) stood at 102%; secondary education stood at 90%, which was a quantum leap from earlier figures. Clearly, these state measures allow for the inclusion of previously ignored populaces into the state machinery. Overall, policy interventions ensured greater trust in the education system as a whole.

The Indigenous Knowledge Systems Policy of 2004 tackled cultural issues as well as general developmental ones. The aims of the policy indicated not only that indigenous knowledge systems (IKS) could contribute to the development of a positive self-image for many South Africans, but that it could boost the overall economy of the country as well. Additional reports also suggested that indigenous knowledge systems could support responsible resource management and ecological sustenance.

In 2015, the South African government also passed a bill to protect, nurture and develop IKS. These objectives were to be largely facilitated through the documentation of indigenous knowledge and the inclusion of new facets which were previously ignored (through redressal systems). IKS would be publicly mainstreamed via government-funded research and publicity campaigns coupled with government-corporate incentives to develop infrastructure based on indigenous knowledge. This order of functioning of indigenous knowledge systems suggests that greater epistemological familiarity (greater understanding of the sources of indigenous knowledge) incentivises national participation in solving region-specific problems.

However, regardless of their assorted legal responses, the passage of bills in itself seems to have galvanised pre-existing popular support for the greater integration of IKS into everyday life. South Africa’s North Western University now offers the first degree in the country exclusively in IKS. The University of the Western Cape runs an IKS Science program, using traditional scientific methods to generate solutions to South Africa’s assorted development goals. Such programs place African culture at the centre of everyday thought and problem solving, without necessarily disregarding the relevance of Western scientific methods.

IKS has proven to be particularly successful in the agricultural sector by improving yields based on local knowledge and by mitigating wasteful expenditure on agricultural supplements.

But the usage of indigenous knowledge systems runs into roadblocks post-2015 because of its bureaucratization. Many a time, the control of IKS lies in the hands of specific communities who shroud their practices in extreme secrecy. In such cases, cataloguing becomes difficult.

Additionally, IKS is extremely fluid and depends upon regional and geographic contexts; hence, keeping up with IKS could emerge as a bureaucratic roadblock. With the formal usage of IKS techniques, intellectual property rights issues also emerge, which raise the question about whether this knowledge can be attributed to a single individual or a community. Therefore, what is required is improved cooperation between government bodies and local communities so as to track IKS. This, along with developing greater sensitivity towards the local communities and their modes of cultural production.

The Africanization of government policy is often criticised for being just as hegemonic as colonial diktat. This criticism is rooted in the reasoning that a civilisational ethos (which stems from an unfair colonial homogenisation of the African continent) is unilaterally being used to define the values of singular nation-states. In an increasingly ideology-dominated international discourse, the relevance of such singularly unique nationalisms is considered debatable.

While Africanization implies a national resistance to centuries of neo-colonial influence, if placed in the wrong hands, it runs the risk of encouraging a specifically curated African culture. In the case of South Africa, the philosophy of imparting indigenous knowledge acted as a vehicle important in galvanising popular approval for diverse cultural expressions to apply them in modern developmental scenarios.

The projected aims of the South African government’s policy reforms, therefore, remains aspirational for post-colonial societies struggling to gain autonomy in a world where they have been plagued by years of subservience.

How Can Our Schools Create More Financially Literate Citizens?