“But that’s not cinema.”

When Martin Scorsese uttered these four words, he probably didn’t know he was entering the volatile ring of millennial outrage, a place where, hilariously, very little is considered inoffensive. The legendary filmmaker who has influenced generations of people with films like Taxi Driver, Goodfellas, Hugo, and now The Irishman, has had the Internet in splits for several months over his comments on franchise films. Marvel directors, producers, actors and of course, the fans, have vehemently come to the defence of the franchise, while others have concurred with the filmmaker’s views on the subject. What is most amusing and at the same time relieving about this debate is that Scorsese’s real concern is actually not as dramatic as the Internet or the journalism around it, has portrayed it to be.

To contextualise, this October, Martin Scorsese gave an interview for Empire Magazine, where he was asked if he had seen any Marvel movies, to which he replied, “I tried, you know, but that’s not cinema. Honestly, the closest I can think of them as well made as they are, with actors doing the best they can under the circumstances, is theme parks. It isn’t the cinema of human beings trying to convey emotional, psychological experiences to another human being.” This broke the Internet, and a series of back and forth began amongst netizens.

Now, ignoring Scorcese’s own real (yet largely irrelevant) distaste for Marvel films, in order to move forward in this discussion, one needs to consider, whether Scorcese’s observations are valid. Are franchise films in fact dominating big screens? Are smaller films finding it difficult to get their movies to theatres? Seemingly, yes. Take this year for instance, out of the top ten grossing films, eight of them are franchise films (How To Train Your Dragon, Fast & Furious Presents: Hobbs & Shaw, John Wick: Chapter 3 – Parabellum, Aladdin, Spider-Man: Far From Home, Captain Marvel, Toy Story 4, The Lion King, Avengers: Endgame.) 2018 also saw similar numbers with nine of the top ten grossing films being franchise films (Venom, Solo: A Star Wars Story, Ant Man and The Wasp, Mission Impossible-Fallout, Deadpool 2, Jurassic World: Fallen Kingdom, Incredibles 2, Avengers: Infinity War, and Black Panther.) While this does not exactly prove that smaller-sized narrative films are on the decline, it is clear that cinema theatres are dominated by the big-picture experience.

This is what most articles on the subject have failed to note, the fact that this debate is actually not about the cinematic value of Marvel movies, it is about the coexistence of different kinds of cinemas in movie theatres, i.e., franchise films and narrative films.

Eileen Jones perfectly summarises the essence of the matter in her article, ““Scorsese Versus Superheroes” Misses the Point”, where she writes, “The dire situation, in short, isn’t the popularity of superhero films, or their lack of artistry — it’s the lack of a healthy, thriving supply of other varied films vying for equal screen time. If visionary filmmakers had an abundance of opportunities, and we audience members had a wide viewing choice that included plenty of auteurist art films of maximum daring, plus a dose of all the exciting genre films we could handle, there’d be no reason to dwell on how despicable Marvel films may or may not be.” In short, the point is to have a diversity of films at the movie theatres, so as to offer the audience different kinds of cinematic experiences.

This diversity is important. It is important because cinema, like any other form of art, is a reflection of reality. To reduce our lives to a single story or a single kind of story, is to flatten the richness and complexity of life. People of different castes, classes, races, religions, and sexes create a beautifully diverse intersection of stories and perspectives, and limiting those stories to a single kind of cinematic experience is a gross misrepresentation of reality. Take a film like Aladdin for instance. Aladdin was one of the top-ten-grossing films of 2019, and made around 1.05 billion USD worldwide. A fantastical Disney film like Aladdin that perpetuates a romanticised “oriental” version of Asian culture should ideally be countered by a film like It Must Be Heaven by the Palestinian film director Elia Suleiman, to demystify any heterogeneity associated with the place.

Similarly, in a nation-state like India, wherein diversities are being flattened with laws like the CAA, it is important for films like Raazi to come out on the big screen, to provide a perspective on patriotism that is different from say a film like Uri: The Surgical Strike.

While Uri: The Surgical Strike is a film that incites passionate patriotism by following the victory of a military soldier who leads a mission against terrorists in Uri, Raazi questions the violence and hatred that is encouraged in the name of patriotism, and also challenges the morality of killing somebody to prove your love for your country. In order to understand the whole truth about anything, we need as many diverse perspectives and voices as possible on screen.


But now the challenge is, how do we encourage diversity in cinema? Even though Over-The-Top (OTT) platforms like Netflix and Amazon Prime have created a huge demand for different kinds of creative content, they have also played a role in the dominance of franchise films at movie theatres. With the advent of OTT platforms, our viewing habits have changed. Now that films are being released on streaming platforms only 30 days after their theatrical release, people prefer to skip theatrical releases and instead wait for them to be hosted on OTT platforms. This has created a differentiation of content across streaming giants and movie theatres, and as a result only big event films or big franchise films like Bahubaali or Avengers that are able to attract people to the screens have become more dominant in theatres, whereas OTTs are primarily offering long-form content and narrative fiction films.

But is this a bad thing?

In Scorsese’s opinion, yes! For him, the theatre is his church, and even though The Irishman was lucky enough to get a limited theatrical release, most films directly released on OTT platforms do not. He says, “The equation has flipped and streaming has become the primary delivery system. Still, I don’t know a single filmmaker who doesn’t want to design films for the big screen, to be projected before audiences in theaters.” While OTT platforms are becoming popular for giving more flexibility to the filmmakers and providing easy and affordable access to their work through their platform, they fail to give the collective viewing experience that a lot of filmmakers want to offer to their audiences.

However, ideally, easy and affordable access to different forms of cinema should take precedence over maintaining the ideal big-screen experience. For example, for someone who lives in a non-English speaking country, to watch a film like The Irishman, with subtitles in their mother-tongue is opening doors to a completely new world.

Growing up in Indore I relied on renting DVDs to watch films from other countries. That gave me the opportunity to see many different movies that I would never have been able to catch at the movie theatre closest to me. Having said that, I do understand that it is ideal to watch cinema in movie theatres, but we should be aware that OTTs are actually helping us in eliminating the danger of a single story, and that is more important than the quality of the viewing experience.

And so, we find ourselves at the intersection of a debate primarily about diversity, co-existence and accessibility. Looking forward, what we need to think about is, how we can encourage a healthy coexistence of different cinemas in theatres, i.e., not just narrative films or franchise films but also, foreign films, short films, and independent films. Moreover, keeping in mind the accessibility that OTT platforms provide, there is a need to reassess how content should be differentiated across streaming platforms and movie theatres. For instance, the 2018 film Roma directed by Alfonso Cuaron that was distributed and released by Netflix was also simultaneously available to watch in theatres. Although this was primarily done for the film to be eligible for the Oscars; it seems like an ideal way to maintain the cinematic experience of a film while also providing the accessibility of watching the film at home.

Finally, as lovers of cinema, franchise or non-franchise, we should attempt to be receptive to different cinematic experiences, and if possible, push ourselves to see stories told by different people of different places. Only then can we experience and witness the beautiful conglomerate of different stories available, and realise that perhaps we’re not all that different.

Priyanka Aidasani is a film enthusiast and loves all things movies and sit-coms. 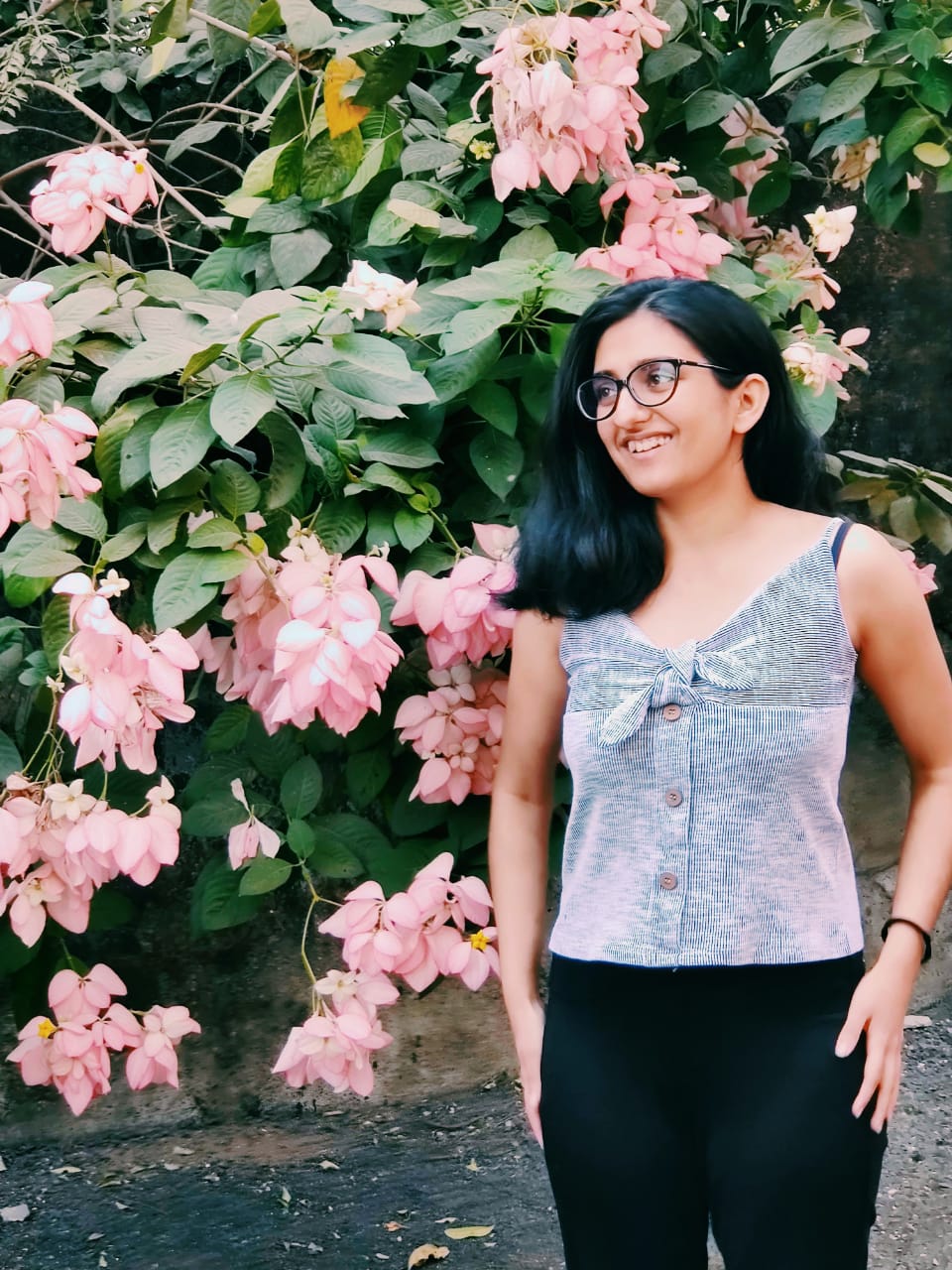 How Do the Information Technology Rules, 2021 Impact Non-Profit Organisations?

The Saga of Film Education: Raising Cinema to be Respectable