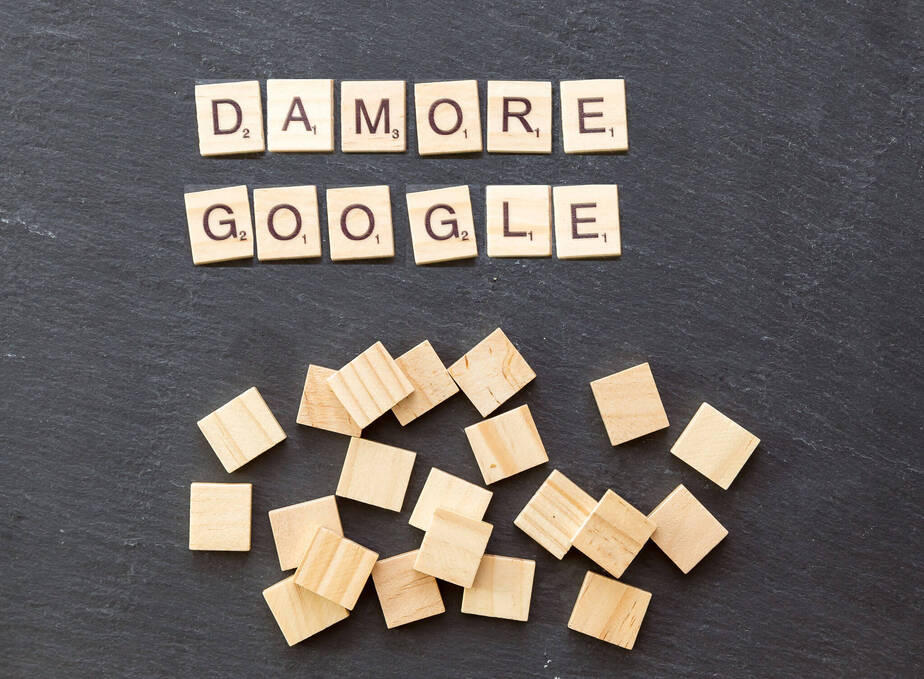 Researched and written by Ayan Tandon

The recent controversy at Google wherein employee James Damore expressed his apprehensions regarding Google’s diversity programs has garnered much attention from social critics and media houses. Those media houses which lean left have claimed that Damore’s memo perpetuates gender stereotypes which hold women back in the tech industry. Those on the right claim that it is an attempt to pander to the progressive ideology of the left.

The crux of Damore’s argument is that pinning the disproportionate gendered representation across different professional fields to ‘sexism’ is insufficient for its proper explanation. For example, in the USA, women outnumber men 98:2 in Dentistry and 92:8 as occupational therapists[i]. He advances the conundrum I feel is worth pondering:

can we empower individuals to maximize their choice while simultaneously expecting a convergence in all outcomes?

This article will review the literature on gender differences to explain how ‘innate’ differences between men and women may be a contributing factor to the disproportionality in certain professions. I will elucidate how these fields attempt to separately capture the nature and the nurture aspect of their profession ─ concepts which seek to capture ‘innate’ abilities at work.

At this point, it is important to remember that the implications of studies cited by Damore can only be understood in a western context; to try to extrapolate these studies in an Indian context is inappropriate. These studies tell us nothing about individual men and women; rather, they look at greater populations. Consequently, using his citations (all linked in References) as a crutch to discriminate against individuals is wrong as we can know absolutely nothing about an individual based on an aspect of their identity.

As Diane Halpern, ex-president of the American Psychological Association said,

“At the time [she started writing her book Sex Differences in Cognitive Abilities], it seemed clear to me that any between-sex differences in thinking abilities were due to socialization practices, artefacts, and mistakes in the research. After reviewing a pile of journal articles that stood several feet high and numerous books and book chapters that dwarfed the stack of journal articles, I changed my mind.”

In order to gauge nature, it is the duty of tests to gauge innate or intrinsic abilities of human beings. When psychologists use the term innate, they are referring to a potential that is “ready” for development in a supportive environment. Innate does not mean immutable or unchangeable. Hormones, for example, are chemicals, secreted by endocrine glands that affect a wide variety of behaviours and brain development. Yet, hormonal secretions change in response to environmental events such as social victories or defeats[ii] [iii]. Then, these innate abilities are measured by ‘ability’ tests as opposed to ‘achievement’ tests. I must stress here that the differences in these innate abilities are currently unknown; the current hypothesis is that they are evolutionary, and may change in the future. However “that human males and females should have evolved to be psychologically identical …is a theoretical impossibility, and, indeed, turns out to be untrue”[iv].

So the best possible way to explain the distinction between an achievement and an ability test is to think about the difference in a board exam as opposed to an Intelligence Quotient (IQ) test. A board exam varies on a lot of variables ─ which school the student goes to, the number of hours spent studying, the income of parents, and so on. Therefore, if the hours a student spent studying were to change, it is reasonable to expect for it to have some impact on the student’s result (of course, each variable would differently impact the test score). On the other hand, an IQ test accounts for innate abilities which do not vary with social factors. IQ is certainly impacted by age, nutrition, abuse of drugs/alcohol (at least while the brain is in its formative stage, after which there is no discernable impact).

Thus, IQ and other such innate-ability tests do not show great variation with gender, race, adult ages, incomes, regions, or even level of education for that matter. Till date, nobody has successfully found a method to significantly improve a person’s IQ. But why does IQ matter? Why are psychologists and social scientists so obsessed with it? What qualitative factor does it measure?

Intelligent Quotient tests have been validated over several years by having predictive validity[v][vi]. This means that IQ has proved to be a great predictor of various outcomes. If you take the average IQ of Heads of Departments across all universities, they will all be well above average, while the IQ of actors in Hollywood would probably be closer to the average (or lower, given the drugs). Comparing scores of students from a high-income school and a low-income school may not perfectly capture the predictive capacity of IQ because there would be other factors such as income, access to opportunity, etc. which may or may not allow people with the same IQ to succeed equally. However, on comparing students from higher-income schools, it turns out to be one of the best predictors of their performance. The impact of IQ can be gauged in all sorts of tests through social science, making it[vii] one of the best predictive tests. This is not to say that it is the best predictor of every or even most outcomes.

Intelligence, as defined by IQ, is only one skill. Through education and life experiences, individuals learn several useful skills which are crucial to engage with the world. Possessing a high IQ does not mean that one cannot be a generally lazy or spectacularly deplorable person or that one is immune from failure. What this tells us is that there are innate ability tests for which social contexts do not seem to be relevant.

This means that those outliers with very high or very low IQs will be men; or, as LSE philosopher Helena Cronin puts it, “More dumbbells, and more Nobels.”

IQ is not a test applicable to determine ability in all fields. This inapplicability has led to the search for quantitative, verbal or spacio-visual tests which are more well-defined indicators. There are many more of such indicators, but these will suffice in this niche context. The average of all these tests amounts to the same results, but the distributions for men and women are not the same[viii]. In verbal abilities, women outclass men with higher levels of verbal ability shown from an early age. This hints at greater aptitude and interest in fields which require greater amounts of communication[ix].

Innate mathematical abilities amongst men and women seem to vary, and there have been no changes over a 32-year time period[x]. Studies conducted amongst preschoolers indicate that at the higher extreme of the distribution, men dominate mathematics. However, this does not indicate that women are terrible at mathematics; they still dominate fields like psychology and many branches of medicine where quantitative skills are essential.

The differences within the fields of technology or physics arise because such fields require exceptional quantitative as well as spacio-visual skills ─ a combination which is rare within the general population but is found disproportionately more in men.[xi]  Because a combination of these abilities seems to be important for higher levels of physics and engineering, they seem to be contributing factors in choice differences between men and women. This is not to say that for people who want to enter certain fields cannot work hard and achieve their dreams, it, however, does bring in the possibility that people may work harder at those subjects they feel they have an edge in.

This model of accounting for differences is merely one such model of determining the difference in choices of men and women. Some models, like Simon Baron Cohen’s, have linked these differences to systemizing quotients and empathizing quotients (similar to innate ability tests) which vary due to exposure to pre-natal testosterone. Others have cited evolutionary reasons which have led to this disproportionate distribution of innate abilities. Some neuroscientists have focused on certain brain differences between men and women which lead to subtle disproportionalities. Others cite personality studies which are also partially dependent on certain biological pre-dispositions. No one claims for these differences to be just or absolute in the future.

All we know is that millennia of evolution have played a role in favouring certain traits in different genders, which in turn lead to differences in aptitudes and interests, leading to what we see as professional disproportionalities today. There is also a social-constructionist model which intends to explain gender differences by solely social pressures; however, research conducted over the last few decades in Scandinavian countries indicate that the more freedoms you give individual males and females their choices seem to diverge rather than converge (studies listed in References).

This article does not intend to argue that there are no individuals who can buck these trends. Margaret Hamilton was one of the foremost contributors to the Apollo 11 Program, and Shakuntala Devi is renowned as one of the fastest mathematicians India has ever produced. In returning to America, we must keep in mind the rapidly growing social trends over the last half-century. Collated data explains that women make up almost 24% of the science and engineering workforce, but close to one-half (46%) of the U.S. workforce (in 1999)[xii]. Also, 29% of women are employed in full-time, ranked academic positions at 4-year colleges compared to 58% of men in Natural Sciences. American women have received more college degrees than men every year since 1982, with the female lead widening every year. Among women between 25 and 34 years old, 33% have completed college in comparison to 29% of men[xiii]. Women in their 20s also earn more than the average man[xiv]. Women outperform men in fields throughout the humanities and social sciences and medicine. Women and men with the same level of education, skill etc. now seem to be favoured 2:1 compared to men by STEM fields[xv].

Keeping this in mind, James Damore’s memo (which dedicates a page and a half to the advocacy of increasing women in tech) was an attempt to argue that there may be other prominent forces at play when looking at gender disproportionalities across professions. And, that a society cannot (and must not) decry disparities entirely on sexism while ignoring other significant biological factors.

Let us assume that in these few disproportionate fields (particularly tech, where the ratio of men to women stands at 80:20), we apply extreme social pressures so as to incentivize particular job preferences. Then, if we are extremely lucky (and if the social-constructivist hypothesis works out), it will result in the number of women in tech to rise at best by a factor of 50. That still leaves us with a nearly 30:70 ratio in favour of men. Therefore, one cannot simply discount the fact that free choice based on comparative talent and inherent interests do not play a role in determining professions and occupational roles.  As Damore says,

“…I’m also not saying that we should restrict people to certain gender roles; I’m advocating for quite the opposite: treat people as individuals, not as just another member of their group (tribalism).”

Documentary
Hjernevask, 2010. Rumored to be the reason for the NIKK (Gender Studies Institute of Norway) to be shut: https://www.youtube.com/watch?v=E577jhf25t4

The general importance of exposure to sex-linked steroids on fetal and then lifetime development:
Hines (2015) http://bit.ly/2uufOiv

Featured image by Marco/ CC BY 2.0