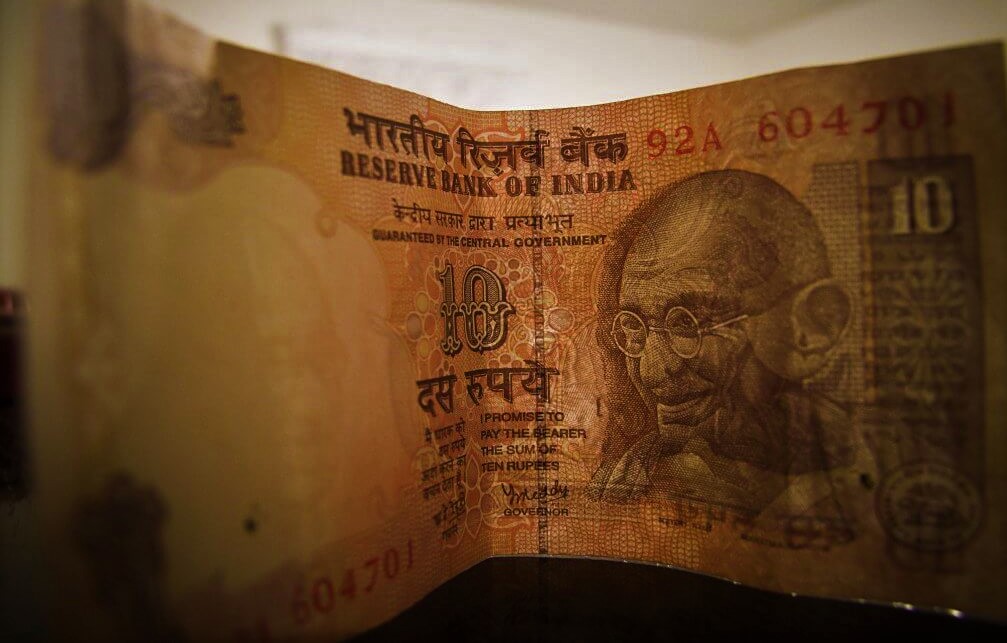 Albeit indefinite, the coronavirus-induced (paid) stay-at-home orders are temporary for many privileged citizens. But, for masses of India’s working population, this nagging sense of unease, uncertainty and not knowing where their next meal will come from, is an everyday state of being. Even under normal circumstances, tenant farmers could be in debt after a delayed monsoon, wage labourers find only seasonal employment, and domestic workers face the risk of being laid off without any legal protection.

As India fights to ‘flatten the curve’ of the coronavirus’ transmission through lockdown measures, poor citizens’ precarious incomes – and consequently, their families’ nutrition, survival and aspirations – cannot be left unattended.

Although details of disbursing relief to the tune of ₹1.7 crores under the PM Garib Kalyan Yojana are hazy, reports state that some component will include cash transfers through Direct Benefit Transfers (DBTs). With almost 93 percent of India’s total workforce employed in the informal sector, this could be the first sign of a Central government recognising the vitality of cash-in-hand for the nation’s sustenance and post-pandemic rebuilding.

Whose Money is it Anyway?

In 2015, just five countries accounted for half of the world’s extreme poor. India stood at the top of this list, with 176 million people living in extreme poverty. Poverty measurements already do not capture the full extent of this deprivation; many excluded households are just one illness, failed investment or abusive relationship away from slipping into the relentless jaws of poverty.

As the medium that drives capitalism forward, money is also what traps people within their poverty. In a government-run basic income program, citizens of a country or region receive a regular sum of money that is just sufficient to meet a person’s basic needs. Basic incomes create a safety net that provides “regular and predictable support to poor and vulnerable people”.

Historically, such income transfers have adopted a language of ‘grants’ or ‘doles’ – as if the honourable rich were ‘gifting’ their undeserving poor brethren with money. This framing needs to be reconsidered. Transferring respectable amounts of income to India’s poor (and not universally) fosters our constitutional principles of promising equality and dignity for all. After all, the poor are also entitled to enjoy some fruits of the national progress that they have inevitably been a part of.

Albeit a protracted one, this coronavirus lockdown is just another shock in the lives of risk-prone poor households. Basic incomes can even be explained using the language of the ruling party; just as the 2019 Citizenship Amendment Act positively discriminated against six “persecuted religious minorities” on the basis of a ‘reasonable classification’, targeted basic incomes (TBIs) can be understood as the moral responsibility of a welfare state to protect its most vulnerable citizens. It is a definitive form of affirmative action aimed at a section of the citizenry that lives below a pre-decided income level. This threshold can be gauged by the Socio-Economic Caste Census for example, which is due to be updated soon.

But Why Give Money as Welfare?

As things stand, the poor are overly reliant on intermediaries (like local contractors for MGNREGA) to access welfare services such as input subsidies or crop insurance. These services are characteristically susceptible to corruption, which gets exacerbated during a crisis. Take the PDS in villages, for example, where the poor quality of foodgrain, limited commodities on offer (kerosene, salt and rice), and exploitative patronage networks deter lower-caste families from rightfully using their BPL cards.

Not only do these schemes have high administrative costs, but a leaky bucket of welfare distribution means that allocated resources do not reach their intended beneficiaries. Targeted basic income policies in and of themselves can never be a cure-all for ensuring social rights. But, money is ubiquitous in any economy, especially in villages. Even if state bureaucracies worked to full capacity, a targeted (quasi-universal) cash system of welfare would alleviate more poverty.

Distributing money specifically to the poor treats them as agents rather than subjects of the State. The response of India’s poor amidst this lockdown tells us that our empowerment models need to rid themselves of paternalistic top-down approaches wherein governments believe only they know what is best for the welfare of its citizens. A targeted basic income scheme merely respects the fact that every citizen and household’s utility curves are personal and different. Some poor families are only wealthier with sufficient food on their plates. Others are rich from the mental relief of having some cash to handle shocks like a pregnancy. Many may save nothing and skimp on food to send their daughters to a good private school.

#WATCH People walking on foot in Kalindi Kunj area near Delhi-UP border towards their native places in different districts of Uttar Pradesh due to unavailability of transport services in wake of #CoronavirusLockdown. pic.twitter.com/J2sBxMnoQO

The lockdown has exposed the dangers of excluding the urban poor and migrant labourers from targeted forms of welfare and social protection. Footage of famished workers desperate to reach their villages amidst the lockdown is a testament to this fact. Here, you see how cash transfers targeted to the poor can help “people as people”, and not as members of a particular occupational, age or labour group. If implemented, it may offer a buffer period to these households for the next unexpected crisis that comes their way. 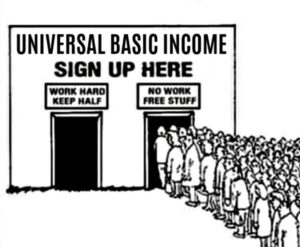 For legislation on targeted cash transfers to see the light of day, historic prejudices held against giving the poor control over their choices will need discarding. Yes, basic income grants cushion the unemployed. But this can hold true for any poverty alleviation program. After all, unlike Scandinavian welfare models, India can only offer very basic income support.

For example, if we took the former Chief Economic Advisor Arvind Subramanian’s proposal of a Quasi-Universal Basic Rural Income (QUBRI) as a reference, transfers would amount to adding ~₹1500 (adjusted for inflation) to a household’s monthly income. For a family of four, this amount would certainly not be sufficient to quit working and subsist off of.

But don’t just take my word for it. In 2016, Abhijit Banerjee and other researchers studied whether there was a ‘lazy welfare recipient’ effect in 7 government-run randomized controlled trials (RCTs) of cash transfer programs across the world. They found no observable effect on recipients’ inclination to work; the overall number of hours they worked did not get affected either.

The ‘site of transfer’ — that is, whether the money is transferred to the ‘head of the household’ or to individuals within them — will greatly influence the impact that cash transfers can have on a local economy. Having suffered the brunt of living with an alcoholic father, 24-year-old Rajat Chauhan explains why young voters like him would only support a scheme that transferred benefits to women in the family. As we stand outside his mother’s tiny departmental store in Jakhauli (rural Haryana), he tells me,

…young men were born in this stagnation, so they are content believing that there is nothing more to life. ₹50 out of the ₹120 earned from a day of mazdoor [labour] is wasted on alcohol. Without women, there would be no saving in this village.

The point here is that alcoholics in villages are already scraping and scrounging for money to satiate their addictions. Unconditional cash transfers by themselves need not incentivise spending on ‘private bads’ like tobacco and alcohol. Instead, as UNICEF’s cash-transfer pilot in Madhya Pradesh found, there could be increased spending on nutritive foods like milk and eggs amongst beneficiaries. Individual cash transfers also improved the bargaining position of vulnerable groups like women, children, and the differently-abled. Unfortunately, the Madhya Pradesh pilot had money transferred on top of existing State welfare schemes, meaning that its findings are not nationally replicable.

Even once this coronavirus crisis is behind us, transferring sums of money – albeit basic amounts – will require a reorganization of the welfare state as we know it. However, income support for the poor cannot be funded by rolling back core social protection schemes that offer basic rights to citizens, like education, healthcare, sanitation, and access to food.

Public services cannot be substituted for in funding targeted basic incomes. Instead, rider or add-on private schemes, such as subsidies for agricultural inputs, crop insurance under the Fasal Bima Yojana, etc., will have to be re-evaluated carefully and done away with selectively.

This notion of giving people cash is neither ‘left’ nor ‘right’, in terms of its ideological stance. In our age of extreme political partisanship, it may well be an idea whose time has finally come. If nothing else, perhaps we will emerge from this pandemic as a more empathetic society that recognizes the nagging struggles of India’s poor and the omnipotence of risk in their lives every single day. Considering a  nation-wide basic income policy may be a pragmatic step in this direction.

This article is a part of ongoing policy research being conducted by the author.