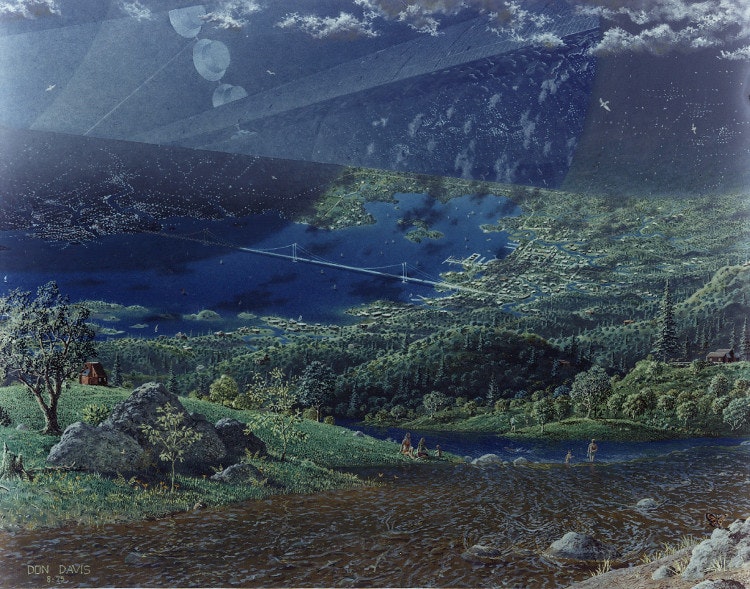 The history of civilisation is the history of great stories. Great stories have been told to humans for hundreds of years. For example, the divine sanction of the monarchy crafted the myth of the political supremacy of kings and queens throughout the medieval period. The story of The Enlightenment glorified the need for rationality and reason as the fundamental virtues underpinning human existence. The nihilism of the 20th century fractured the foundations of certainty that had governed human thinking, exposing us to the insecurities of our own selves.

Clearly, as humans have evolved over space and time, the hegemony of narratives in conditioning life has been paramount. But, standing in the current era of the 21st century–a period of sweeping developments in science and culture–we have been left in the darkness with regard to a philosophical theory of knowledge to help explain the world we inhabit today. Standing in this millennium, we have been deprived of our narrative agency and face a crisis of comprehension, a crisis of philosophical bankruptcy.

The problem with the present is not the absence of stories, but the lack of the right ones. The predominant story of modern times is the story of liberal democracy, a highly successful narrative that not only triumphed over its communist counterpart in the late 20th century, but managed to create a world which is the safest and most productive in the history of our species.

The issue with the story of liberal democracy though–manifested in the ideals of accountability, freedom, independence, and the abundance of choice–is that it is an outdated one. Premised on liberal thinkers like John Locke, Immanuel Kant, and John Stuart Mill, among others, this is a tale rooted in the needs and demands of the 19th century. It has been co-opted with the supple concept of the free market, to construct a scaffolding for the complications of contemporary life. Some of these complications arise in the form of manufactured emotions through relentless advertising, the commodification of basic human instincts, the “hustle” culture swamping the youth, and the inability to identify meaning and purpose in an existence premised not on organic dreams but artificial ambitions.

Life in the 21st Century

The defining traits of the 21st century are surveillance capitalism and the rise of artificial intelligence. The former is associated with generating false choices among consumers, giving them the illusion of control all the while perpetuating a business model that Shoshana Zuboff, author of The Age of Surveillance Capitalism, believes “unilaterally claims human experience as free raw material for translation into behavioural data.” On the other hand, artificial intelligence- while normatively neutral as a concept- has a variety of insidious applications, including undercutting our free will and tailoring our emotional selves to suit oligarchic interests through intricate algorithms that can predict and condition our behaviour.

Given that both surveillance capitalism and artificial intelligence fundamentally encroach upon human agency (as we have come to appreciate it through the ages), neither of these can be adequately entertained within the classical framework of liberal democracy, which is shaped by the agency that animates individualism.

Surveillance capitalism–a marketplace for data–has fostered the idea that corporations and governments now know us better than we know ourselves. As Yuval Noah Harari, one of the world’s leading thinkers, puts it, human beings are now being hacked. It was only last week that I was astounded to find advertisements for polka-dotted suits (despite having never searched for one online) on Facebook, minutes after getting off a WhatsApp call with a friend to whom I had mentioned my fancy for buying one someday. My knee-jerk reaction was to assume that my supposedly encrypted calls on WhatsApp are anything but, and that Zuckerberg & Co have been snooping in on my private conversations to curate my newsfeed. This is not true, but the truth is scarier still. Today, a Facebook or an Amazon need not eavesdrop on what we tell our friends, for they know our desires before we become aware of such wishes ourselves.

Tristan Harris, a tech-ethicist, has a simple explanation for the way social media works. Imagine driving on the road and seeing a car accident. Most, if not all of us, would be distracted by it, and many urged by our conscience to inquire or help. Now imagine driving down the same road and watching social workers serve free juice at a traffic signal. This activity would also distract us, but for entirely different reasons. The danger with social media algorithms is that these computer programmes cannot distinguish between differences in the nature of distractions, they can only tell what occupies our attention, without being able to detect whether that attention is instigated by negative or positive emotions.

What is the net result of such a system? It is a virtual laboratory where demands and needs are constantly curated and our emotions are calibrated to suit commercial interests. Although big data knows us better than our best friend, even big data’s understanding of the self can be superficial, and incapable of penetrating the larger complexities of human consciousness.

The second instrumental feature of our age is artificial intelligence. The fascinating possibilities of AI are no longer ensconced in fantasy novels, but have already started taking hold in the real world too. From the information sector to law, from policing to sports, AI is fast becoming omnipresent and is set to develop exponentially in the future. Besides the obvious question of what happens to employment sectors once the AI revolution is complete–think of truck drivers, house-helpers, and millions of others occupying the unorganised sector where physical labour is still operational–there is the dystopian prospect of an informational imbalance too.

As the coronavirus pandemic ravages the world, authorities in China have doubled down on autocratic measures to survey citizens and check the spread of the disease. While the end (in this case) is a beneficial one, the means adopted to do so sets a dangerous precedent. With the help of advanced AI, governments are increasingly likely to know exactly what we are doing and, in certain cases, exactly what we are going to do.

Click here to read a short explainer of the working paper’s analysis of @SetuAarogya and the privacy risks therein.
1/9https://t.co/D2q7exdpHt

One of the reasons why autocracy could not overwhelm democracy in the 20th century was the inverse relationship between centralisation of information and efficiency. If the KGB wanted to track the movements of everyone inside the USSR, it would have required thousands more who could be trained to do so. Multiplying its workforce substantially would have been a thankless task for an organisation as specialised in its methods as the KGB. However, if the KGB were to exist today, a bunch of devices deploying high-tech AI can eliminate the need for cohorts of human experts and achieve the same task of mass monitoring in ways the naïve citizen can never imagine. The relationship paradigm between information and efficiency has been altered through the emergence of AI, which could signal a resurgence of autocratic politics in countries that have not faced it for decades besides amplifying it in places where such tendencies already exist.

So, what does this mean in the grand scheme of things? How can we possibly forge a new story that helps us adjust to the world as it unfolds?

The first step is to acknowledge that there is no simple answer. Stories that shape civilisations cannot be stitched overnight. No single messiah can conjure them up and no Twitter hashtag can set it trending. If a new story is to arise, it has to be the culmination of a rigorous overhaul in our political and cultural understanding of the systems around us.

To begin with, data must be integrated into mainstream discourse, from media reportage to academic curricula to election manifestos. Social movements across the planet–from those tackling climate change to those challenging social hierarchies–must adapt to incorporate technology in their battles. If the government can hoodwink us by keeping tabs on us, is there a way we can use the same avenues of technology to hold the powers that be to account? If billion-dollar companies can hijack our emotional selves to distort our free will, how can the common human being take back control? Should ethical learning and application be made compulsory for coders and programmers so as to establish a framework of values that creates moral accountability within individuals instead of whitewashing their role in the construction of a pernicious system?

The path to crafting a new story for the 21st century is fraught with danger, but if we are to chart more glorious chapters of human progress, it is incumbent on us–as responsible citizens–to stop believing in the old fodder of the liberal democratic order that has been fed to our thoughts. The reality has shifted, the challenges are new, the storybook of yesterday’s life is obsolete. It is about time we collectively turned the page.

Featured image: Space Colony Art from the 1970s (CC0) — “In the 1970s the Princeton physicist Gerard O’Neill, with the help of NASA Ames Research Center and Stanford University, held a series of space colony summer studies which explored the possibilities of humans living in giant orbiting spaceships. Colonies housing about 10,000 people were designed and a number of artistic renderings of the concepts were made.”