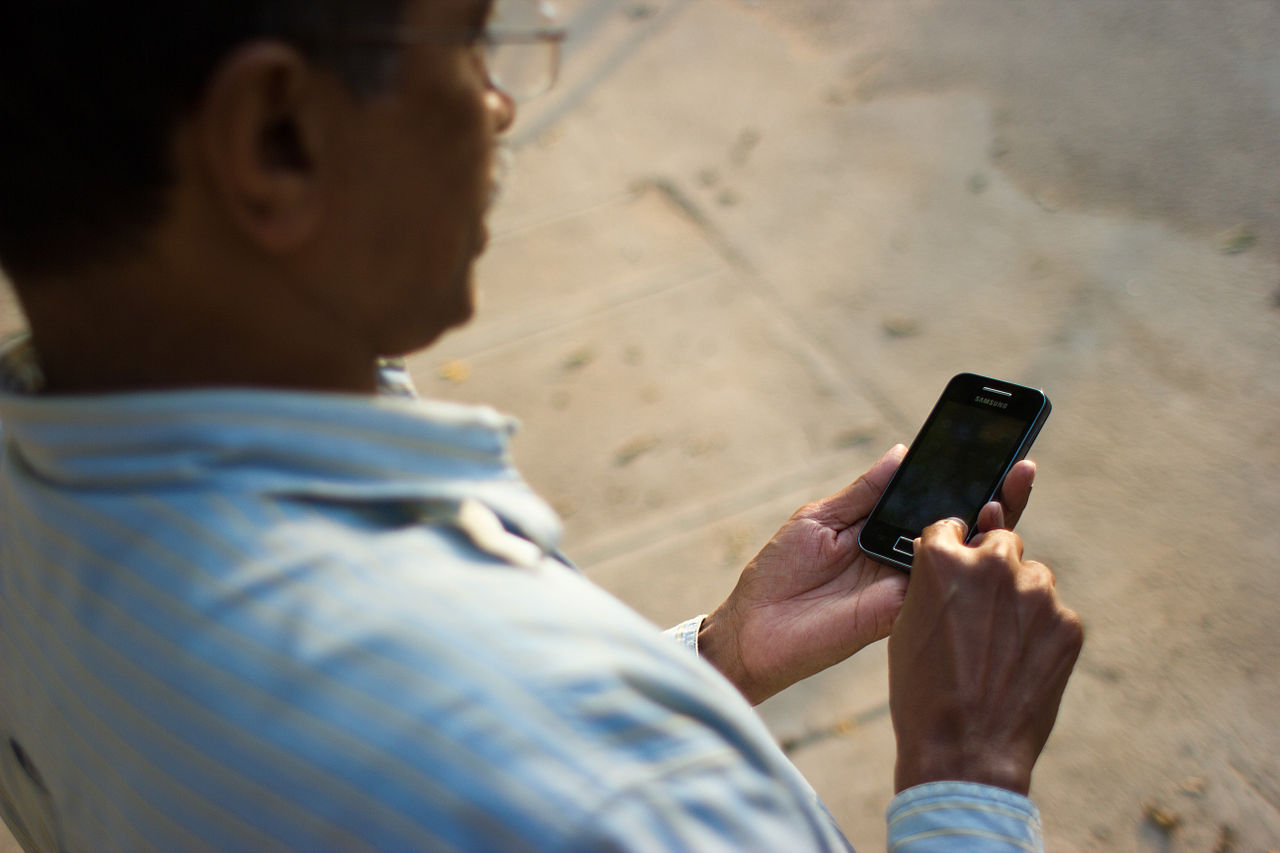 In an interview with Aapti Institute, Ravi*, a resident of Anantapur in Andhra Pradesh, recalls his attempts at calling the local municipality to solve an electricity problem in his house. He found the number online, and upon receiving no answer the first time, he followed up multiple times after. Ravi had been calling a dead phone line. Eventually, he got his meter fixed by calling a nearby repair shop.

Many others from Andhra Pradesh interviewed alongside Ravi expressed similar scepticism of the state’s reliability for providing basic civic services—as well as general unfamiliarity with the state’s Pura Seva app, a platform for digital service delivery. The increased reliance on similar forms of digital infrastructure during the pandemic has further laid bare how vast the digital divide continues to be in the country—as well as the limitations of ‘digital governance’ itself.

Digital governance solutions are increasingly looked at within the digital and policy ecosystems as possible pathways to open up government services to citizens who face structural barriers while accessing them. The popularity of this form of governance is bolstered by its potential to streamline public administration, make service delivery more transparent, and to unlock value for all citizens, especially those at the last mile.

However, the success of any policy idea lies in its implementation. To examine the exact reach and usefulness of digital governance solutions, Aapti Institute, in collaboration with eGov Foundation and the Omidyar Network, undertook a study of open digital ecosystems (ODE) in 2020. ODEs are a nascent conceptualisation of technological platforms that aim to make governance and service delivery infrastructures more accessible and interoperable.

Over a nine-month-period, Aapti conducted fieldwork with citizens and ward officials across selected urban local bodies across three states in India—Andhra Pradesh, Tamil Nadu, and Punjab. The informants were involved in varying capacities in service delivery mechanisms, as government personnel, civil society organisations, community workers, and researchers. Special focus was placed on the experiences of marginalised communities, such as the residents of informal settlements and houseless citizens, daily wage workers, members of the LGBTQIA+ community, migrant communities, and citizens with disabilities and stigmatised illnesses.

Our investigation revealed that while citizens had a moderate amount of awareness about their rights, they were less familiar with the existence of digital solutions to reach the state. Further, many respondents expressed distrust for the government and its engagement with last-mile citizens—an attitude that was exacerbated by low levels of digital literacy that made navigating more impersonal digital solutions challenging.

It becomes vital, in light of this, to think through the design and deployment of technological governance mechanisms through the lens of inclusion. While digital governance solutions support the digitally literate, how well do they service the needs of citizens living on the fringes of the state?

The Problem of Information and Infrastructure Asymmetries

This move to online functionaries has only accelerated since the onset of the pandemic, spurred on by the restriction of in-person services and physical touch points. However, despite growing access to mobile data and the increasing availability of technology, citizens’ access to the municipality to claim government services, especially when digitally mediated, remains low.

This could be because despite being reliant on the government for electricity, water supply, health, sanitation, and numerous other services, many of India’s urban poor residents remain unaware of the basic entitlements that are owed to them by their government. The asymmetry in civic literacy among the urban poor is exacerbated with the introduction of digital governance mechanisms.

We found that in areas with relatively high levels of civic literacy, as in Chennai, Tamil Nadu, there was also a higher proclivity for the uptake of digital governance solutions. Whereas in areas like Jalandhar in Punjab, where awareness about entitlements were low, urban poor populations relied on informal channels to avail basic civic services.

Beyond this, those who do possess knowledge of digital governance solutions are often unable to rely on these systems—they are perceived as unresponsive or fractured, often due to limited state investment and capacity. These gaps widen further for citizens at the last mile—especially those engaged in informal labour or living in informal housing.

“See, even if I started using an app to avail government services, the person that the government sends to fix my electricity line will be a local person, to whom I may have to pay some money,” a 28-year-old male resident of an informal settlement in Adyar, Chennai tells us. “They may ask for more as a bribe and do worse [evict us] if I refuse. I would rather not rely on the State for such things.”

To fill this gap, a layer of local intermediaries has come into existence to navigate the terse relationship between citizens and the digital state. “We don’t try to reach the government directly,” a female resident of an informal settlement in Amritsar says. “We prefer to go through trusted channels that we personally know.”

The primary functions of these intermediaries is to build capacity, awareness and trust among last-mile communities in the interest of helping them navigate state mechanisms—mainly motivated either by a desire for social change or political clout. “People in this area do not often know which government office to go to for their civic issues, they come to me with their problems,” says a local (informally elected) leader, or ‘thalaiva’ in Periyasekkadu, Chennai. He has had some previous political experience. “And since I have worked in the municipal system before, I know whom to reach to solve these issues.”

An understanding of these offline architectures that sustain state-citizen relations is an undeniably useful tool to improve service delivery—even more so in crisis situations like that of the pandemic. Intermediaries have deep local knowledge and trust linkages with communities that can improve the uptake of solutions that go through them.

A good example of this is the case of Dharavi during the first wave of COVID-19. Globally recognised as one of the most densely populated urban agglomerations, Dharavi has a population density of approximately 2.2 lakh people per square kilometre—around 600 times the national average. Social distancing and contact tracing in an area of this nature—where eighty percent of residents depend on community toilets—was virtually impossible.

Yet, a unique approach from local administrators led to a significant reduction in the number of cases in the area, far ahead of the drop in numbers in the rest of Mumbai.

By partnering with local doctors to roll out operations on the ground, the Bombay Municipal Corporation created a mechanism that eased the hesitations of government healthcare workers and local citizens alike. Simply put: people found it far easier to trust doctors who they were familiar with, and willingly followed their instructions. The municipality partnered with these doctors to set up fever clinics and trace, test, and treat symptomatic patients. They even identified and connected with local leaders and organisations, and catalysed the community to take ownership of the situation, create containment zones by themselves, and coordinate over WhatsApp to spread awareness and route resources. Local religious leaders utilised the speaker systems of temples and mosques to play audio clips of precautionary measures.

“Been staying here for 40 yrs. Situation was scary when COVID had struck but there’s no fear anymore. Civic body officials provided us with masks, sanitisers & ensured that all were tested,” says Rajender, a local as Mumbai’s Dharavi records zero COVID19 cases today#Maharashtra pic.twitter.com/VkWatwTILv

As a result, people quickly became receptive to the urgency of the situation. Proactive screening became easier and people began to stay at home as much as they could afford to. By June 2020, while cases in the rest of Mumbai continued to soar, Dharavi was reporting a daily caseload of less than 20. The approach, in a win for community action, came to be lauded as the “Dharavi model” by the WHO. As cases rose during the second wave this year, Dharavi’s containment model was replicated with comparable success in bringing the caseload down.

The success of the Dharavi approach in a critical situation makes a strong case for the potential of local intermediary partnerships to improve digital service delivery even beyond times of crisis. In this case, the arms of traditional state mechanisms elongate to benefit citizens otherwise beyond their reach. However, more importantly, collaboration with local actors would inform and improve the design of open digital ecosystems based on knowledge that can only be gained through deep engagement with communities on the ground.

This opens up the question—might the State be better equipped to reach Ravi if it had the face and arms of a member of his community? Would he and millions of others like him be able to use e-governance to access basic services, or register themselves on CoWin if local leaders were equipped to empower them to do so? Now, more so than ever, it is vital to rethink these (digital) state-citizen relationships, and the tenuous balance between digitisation and inclusion.