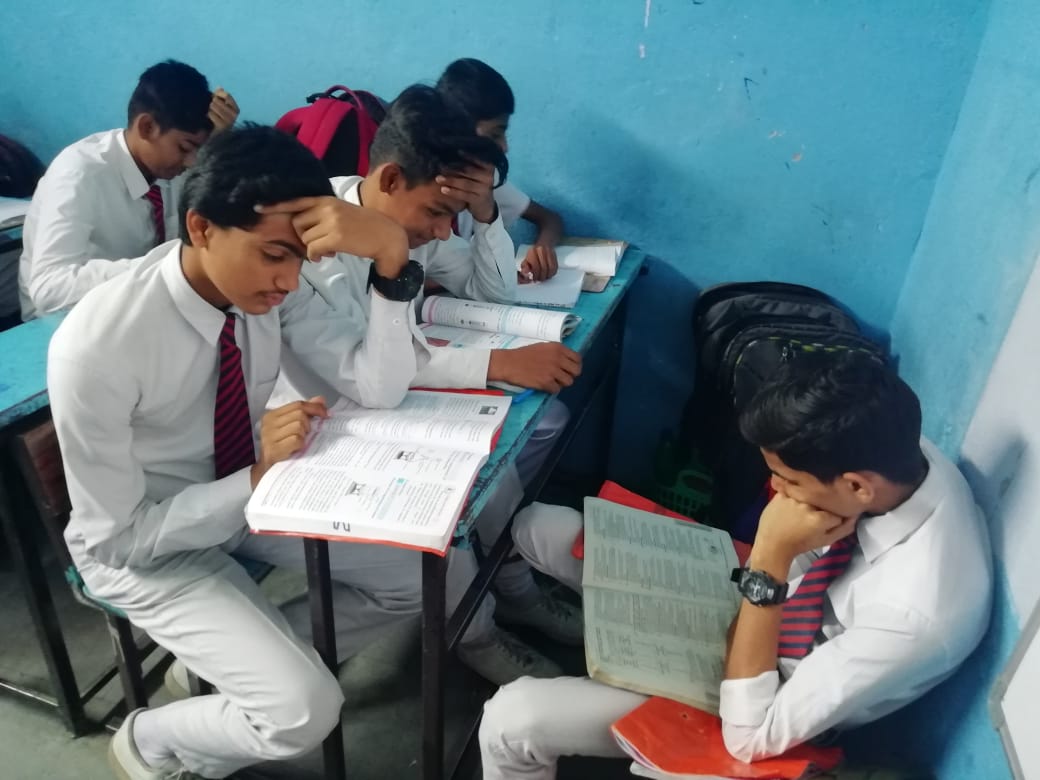 As we stare at a year filled with uncertainties because of the COVID-19 pandemic, one can’t help but think of all the students stuck in environments and homes that may not be ideal for their well-being and mental health. There has been a steep rise in mental health issues since the beginning of the COVID-19 in India. As an educator, this makes me wonder about the situation of students suffering from mental health issues or living in abusive homes, students whose only refuge was school, and interacting with friends and teachers.

Schools are not just places for learning: they are also places for children to grow and evolve into the adults they might become in the future. To this end, the Right To Education Act, 2011 clearly mentions prohibiting physical punishments and mental harassment towards students, while ensuring “the all-round development of the child, building on the child’s knowledge, potentiality and talent and making the child free of fear, trauma, and anxiety through a system of child friendly and child centred learning.”  The education system, consisting of administrative officers, teachers, policymakers, and non-teaching staff should ideally work to create a place where this optimum mental growth and development is made possible for each child.

India has the highest STUDENT suicide rates in the world. Students silently suffer from stress & anxiety stemming from competition.

But we didn’t just revamp the infrastructure of our schools but prioritized the mental health of our children
Find out how ?#WorldMentalHealthDay pic.twitter.com/npRrcMfTPF

Yet, are schools in India much better at addressing the mental health needs of children than households are?

My experiences as a teacher and as a psychologist researching holistic education have been quite different. Although there have been some improvements in the quality of primary education in India in the last few decades, the actions proposed under the RTE for quality education for all children remain mostly unfulfilled. The focus of the education system remains on the grades of the students, while their mental health remains a taboo concept that is hardly ever brought up. Counsellors–a key stakeholder in alleviating mental health concerns–remain largely absent from the landscape of India’s schools.

This not only means that there’s a lack of institutional support for students struggling with behavioural problems or other mental health issues, but also that there is a general lack of awareness about mental health itself. During a pandemic, this gap could only worsen the development and academic progress of children already quietly marginalised by virtue of their mental health.

What is a Counselor’s Role?

Psychologists or counselors can monitor developmental milestones in children and help them improve their well-being. Psychologists also help students deal with behavioural problems, help them understand the changes manifesting in their bodies, provide counselling for anxiety, notice symptoms of depression, and provide help accordingly. Counsellors can also help students deal with personal problems such as abuse or bullying, and most importantly, also help with career guidance. Yet, there has been a continued pattern of neglect when it comes to employing counsellors in private and government schools alike.

It is of utmost importance for children between 2-9 years of age to receive psychological care. For example, a study surveying a sample of 4,000 families across India noted that at least 12% of the children surveyed showed neurodevelopmental disorders such as Intellectual disabilities, Autism, Attention Deficit Hyperactivity Disorder, and Learning Disabilities. These disorders show symptoms very early on in childhood and can be managed or treated if noticed by the time a child reaches 7-12 years of age; they are nearly impossible to treat or manage in adults. School, one of the most important sites of a child’s development, should ideally be a place where these behaviours are addressed. If neurodevelopmental disorders remain untreated, they could severely hinder development and lead to a poor quality of life–not to mention, poor learning outcomes.

Yet, as we continue to ignore mental health, the troubles only mount in school. Essential mental health care is rarely accessible with less than 4,000 professionals available in India. So, children who suffer from neurodevelopmental disorders, instead of being correctly diagnosed and helped, are often labeled by teachers as “slow learners” or “notorious” because they cannot seem to pay attention in class. They are punished for not being able to follow teachers’ instructions or achieve academic targets. Such children cannot be “disciplined” as their behaviour and learning levels are beyond their own control. In addition to this, these children are likely to get bullied in schools as well for being different and are likely to be misunderstood or perceived just how the teacher perceives them.

You May Also Like: Trapped! What’s Putting a Glass Ceiling on Students in India’s Classrooms?

For example in cases of developmental disorders like ADHD (Attention Deficit/ Hyperactivity Disorder) symptoms that appear by 7-9 years of age can be managed through medication and therapy. When such disorders go unnoticed, they wreak havoc on a child’s life: these children will constantly be punished for showing hyperactivity in the classroom or at home, behaviour which is intrinsically beyond their own control. Such children, now stuck at home, may find controlling their behaviour, or focusing on academics even more difficult.

At first, this made me angry, but over time I’ve realised that people working in the education system are simply unaware of what learning disabilities or other developmental disorders can look like in children. In fact, teachers and other staff in schools cannot be expected to understand mental health in such depth. Hence, having counsellors in each school becomes a necessity rather than a luxury.

Take the case of one of my students, Akbar*; as a psychologist, I observed that he was showing very clear symptoms of intellectual disability. Yet, in spite of my efforts, and multiple conversations with the school administration and his parents, I was unable to help him.

While the school administration acknowledged the problem, they refused to provide Akbar with professional help, and instead continued to make him take the same assessments. He continued to fail them, only to be humiliated by teachers for it. His parents have constantly refused to believe that Akbar needs any help, and often get aggressive any time the topic was brought up, claiming their child was being labelled “mad”.

What Does This Mean in Relation to the RTE?

The current scenario of mental health support in schools across the country infringes directly upon the basic spirit of the RTE. The RTE promises a quality elementary education for all children, yet, how can we not doubt the quality of an education system that chooses to neglect more than one-tenth of its students? The direct and indirect impact of neurodevelopmental disorders on Indian children is disabling and cannot continue to be ignored.

The first step that needs to come from the Ministry of Human Resource Development is creating a regulatory framework that monitors schools in terms of mental health support provided to students by professional psychologists. This would alleviate the current scenario, wherein most counsellors appointed lack a background in psychology.

However, no two schools are the same. Much more work is needed especially in government and low-income schools, as there is very little awareness of mental health, and school finances are limited. Children from low socio-economic status communities are also at high risk of developmental disorders due to various nutritional deficiencies. The issue of mental health remains complex in a country where, across classes, superstition and religious beliefs often take precedence over science. That being said, appointing psychologists, would raise awareness and hopefully normalize mental health issues within school environments.

Such interventions across schools can also be supplemented by public awareness campaigns on the importance of mental health and the frequency of mental health issues amongst the population. Especially during the pandemic, heightened awareness campaigns that focus on likening mental illness to physical illness, how they both affect quality of life, and are treatable in most cases, will go a long way. As studies have shown, this may help to counter the stigma created through a lack of awareness and misinformation regarding mental health.

Lastly, I believe successful teaching in the classroom only comes through empathising with students, but how can we empathise with students whose perspective we may never understand? As teachers, we need to be more conscious and actively gather knowledge on mental health, just as we do on different approaches to pedagogy, to increase the scope of our classroom success.