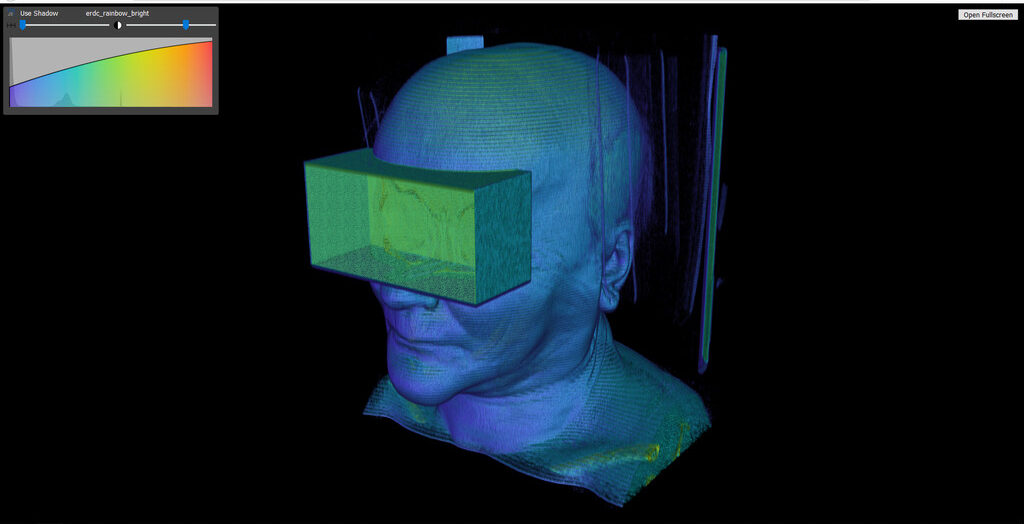 Growing up, one of my favourite movies was Terminator 2: Judgement Day. Besides Arnold’s catchy one-liners, something that really caught my attention was ‘terminator vision’. Any object that he looked at would immediately be tagged with important information that helped him make better decisions.

Now, imagine the possibilities of such technology for law enforcement professionals. A police officer, on the lookout for a suspect, could survey his surroundings and pick up clues that the human eye would otherwise miss. An officer at the border could be provided with critical information that allows them to make a distinction between a possible terrorist and an innocent civilian.

These are only two of the many applications of rapidly developing digital reality technologies. But, before we jump in and explore other disruptive applications of these technologies, let’s understand what they really are, and more importantly, how they can be used to enable digital governance.

What is Digital Reality?

Digital reality is a collective term used to describe a set of technologies that enhance our interaction with our surroundings. The image from the Terminator is an example of augmented reality (AR), where the existing environment is overlaid with information in the form of text, graphics, and images. Virtual reality (VR), on the other hand, creates a simulated environment with which a person can interact through a headset and handheld controls.

For a simple parallel: think of a bioscope show on steroids, where instead of just seeing different moving images, you can reach, touch, and explore the surrounding environment. A more recent example is the Oculus’ Rift headset which allows for great VR-based gaming. 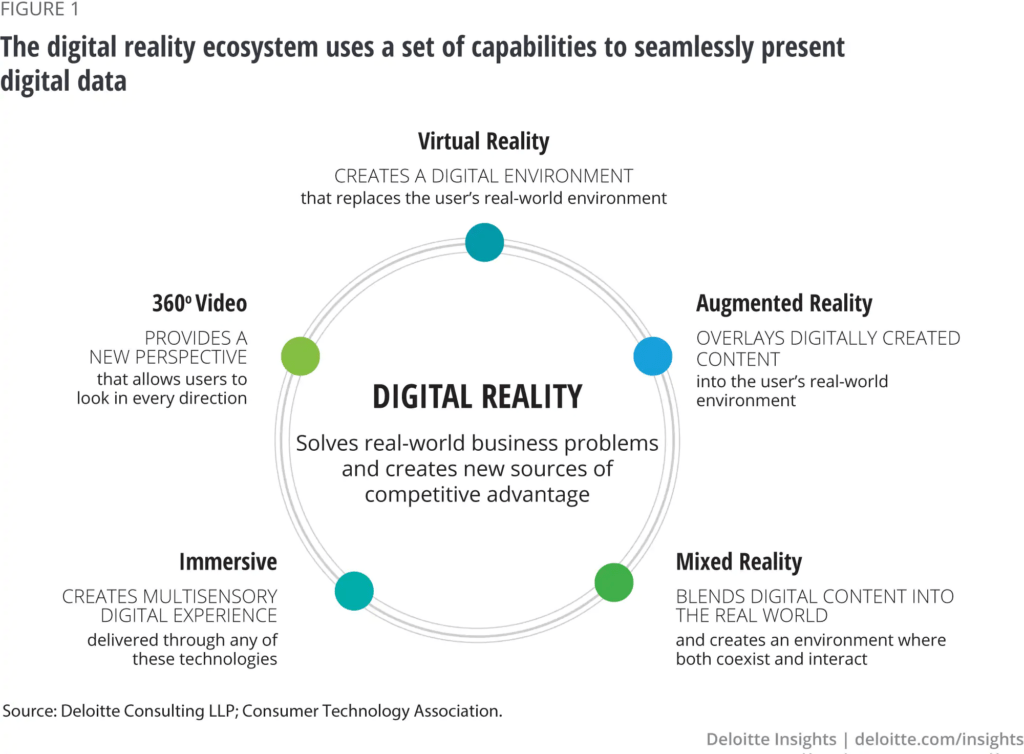 A key impediment to the growth of digital reality in the past has been the need for specialised hardware to experience it, the VR headset being an example. Despite recent advances in VR technology, the headsets continue to be pretty expensive to manufacture. Moreover, most casual technology users are uncomfortable with the headset and handheld controllers that enable interaction with the virtual environment.

But we’re now seeing these technologies being incorporated into everyday items, such as the iPhone 12 which has a dedicated LidAR sensor that allows for more accurate depth mapping of the rooms and surfaces around us. Given the increased availability of affordable and accessible hardware, it would be useful to map out some use cases for this technology, particularly from a governance standpoint.

After all, the Indian government has made noises about integrating AI and even blockchain into its governance frameworks—where might AR and VR fit into this burgeoning digital state?

Thousands of government personnel are trained in different skills and tools every year. How does this happen? It’s simple: trainees are required to read copious amounts of texts, manuals, and guidebooks.

Now, Digital Reality can enhance this training of government personnel in a couple of ways. First, AR can help reduce the vast amounts of assigned reading resources. This information can instead be presented in digitised, easy-to-grasp formats.

This is particularly handy where the information that needs to be grasped is complex. An example of this is the repair of heavy machinery: Without AR, an engineer would continuously refer to their manual before every stage of repair. But by using AR and VR, as Siemens is doing in its factories across the globe, all the necessary information can simply be overlaid onto the visual of the machine itself—just like how it’s done in Terminator. Studies suggest that not having to repeatedly refer to a textbook/manual can increase learning efficiency by 34%.

Secondly, VR is of great use when simulating situations a professional would otherwise only encounter on the job. This is significant, as questions of how to train individuals who operate in high-pressure situations have been a major sticking point for the state for a while now. For example, despite all their training, a firefighter’s first real experience of putting out an inferno will be their first case on the job. Similarly, a first responder for a disaster can only implement what they’ve learned once the disaster really strikes.

And so, VR offers potential solutions by accurately recreating the situations the professional is likely to face, thereby improving their performance and reducing errors when the event actually occurs. Further, VR based training can also reduce injuries and be more cost-effective, by doing away with the need to put trainees in potentially dangerous/rare environments that simulate their actual working environment. For instance, a retail store can train future employees without having to disrupt their usual operating hours. Plus, it can also train them for high volume events like Black Friday sales, which can lead to improved output and better sales. These technologies are even better suited to a post-COVID reality, where distanced and remote training may be the norm. Given these benefits, the use of AR/VR in training government officials is a use case that merits further exploration in an Indian context.

As a result of the COVID-19 pandemic, the majority of us have been unable to travel or visit the usual museums and historical monuments. This has adversely impacted the tourism industry—recent estimates have pegged industry losses at about Rs. 5 lakh crore for FY 21.

With vaccination for the majority of Indians still some time away, the use of digital reality could prove vital in reinvigorating the sector. Museums are already experimenting with entirely virtual tours that users can take sitting at home. Gradually, these museums can also create digital memberships with exclusive virtual content so that those wary of stepping out into public spaces can still enjoy heritage experiences from home. Steps towards this are already underway in India—the Gujarat Government is looking to create 360-degree immersive virtual reality videos of Indus Valley sites that people can enjoy from over 100 locations across the country.

For those who do decide to step out though, digital reality may prove to be crucial to a socially distanced experience. In Kerala and Bengaluru, the respective tourism departments are creating AR-based virtual tour guides, starting with a handful of sites, which provide accurate information about the location, while allowing tourists to follow along at their own pace.

If you’ve watched or read the news over the last couple of weeks, you’d have seen the farmers from Punjab, Haryana, and UP protesting against three new agriculture laws passed by the Parliament. Whether these laws, which seek to reform the market structure for agricultural goods, will be beneficial for farmers or not is a matter of fierce debate. The utility of digital reality to assist our farmers, on the other hand, could be less controversial.

AR for the #enterprise #farming pic.twitter.com/b1haVMytjj

Take, for example, the Bug Identification and Advisory System (BIAS), developed by researchers at TCS, which helps farmers identify what pests and insects have infected their crops and what the ideal remedies could be. Another application of digital reality is in mapping the soil and topography of farmland. Using their phone cameras, farmers can get detailed information on the nature and composition of their field and decide which crop to sow on that basis. However, these technologies are still to witness significant uptake by our farmers. A concerted effort by the government, industry, and civil society is required to translate these use cases from the lab to the field.

In a nation with well over a billion people, providing necessary public services such as transport, education, and healthcare will always be a major challenge due to workforce constraints. This is best illustrated by India’s nurse/doctor to patient ratio and teacher to pupil ratio being well below prescribed global norms.

Digital reality can help resolve these challenges by giving the doctor or teacher an ‘on the ground’ presence without necessarily being there. This is particularly useful in emergency situations or where services need to be provided to remote locations. For example, AR-enabled telemedicine allows specialist doctors to examine patients, study their vitals, and instruct the practitioner on exactly how to proceed.

Digital reality can also enhance the participation of the public in the decision-making process. The Central Vista, a project of national importance, has been mired in controversy regarding the process followed for environmental consultations and approvals. In a democracy, the public has a right to know how its resources are being utilised and what the outcomes of the expenditure are. Virtual Reality can allow citizens to get a realistic feel of what such large scale projects would actually look like and, hence, optimise their feedback on resource utilisation.

Finally, digital reality can also assist citizens engaging with laws, policy documents, and government forms. Imagine you have to read a law for a personal case. You begin to read the Act but get caught up in the legal jargon. You also realise that the law in the Act is not complete by itself and so you also need to look at the relevant cases around it. In the near future, AR could turn the Act into a living document with a simplified translation and all relevant case laws layered over its text.

Reading all the potential use cases above might make you believe that digital reality is the answer to all our problems. But, like with any other emerging technology, there are some concerns which need to be addressed. The foremost, as referred to earlier, is the requirement of specific hardware to fully realise the potential of this technology. Some applications of digital reality function on the basis of facial recognition and tracking the movements of the iris. This raises possible privacy and cybersecurity concerns that need to be addressed by effective privacy legislation. Perhaps the biggest challenge is to enable existing Government officials to adopt and adapt to the use of these technologies. Bureaucratic setups are usually resistant to change and successfully using digital reality for improved governance would require a concerted effort to change that.