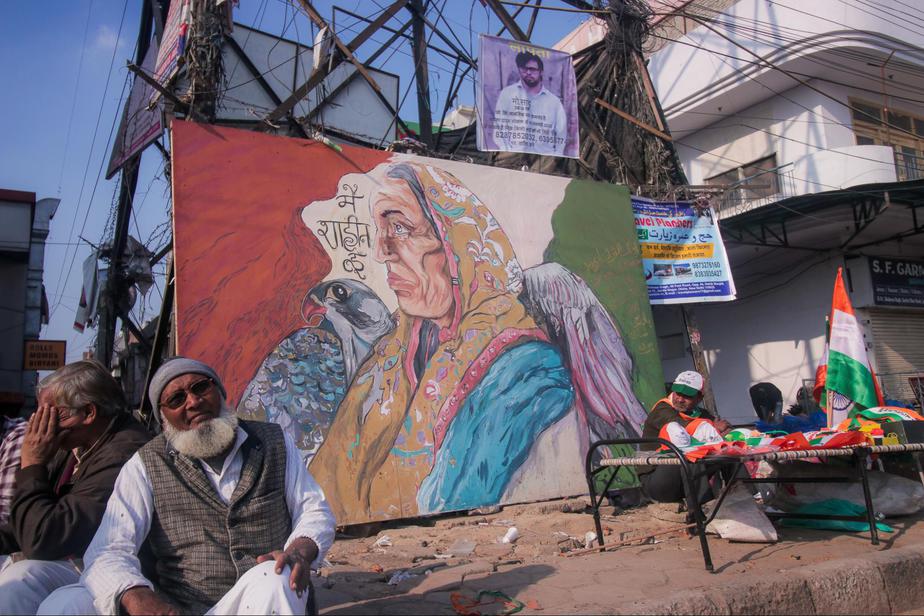 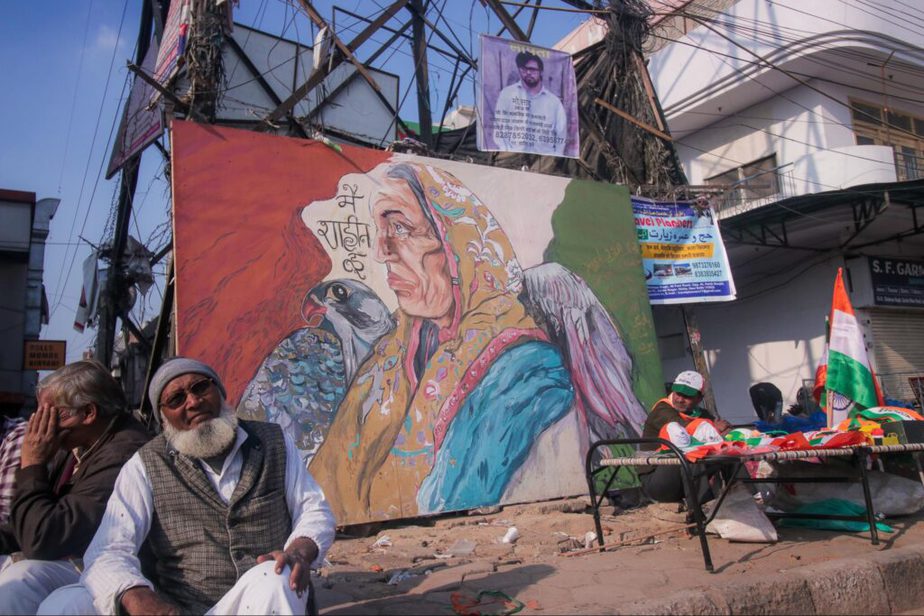 As I exited the Kalindi Kunj metro station, I asked for directions to Shaheen Bagh. It was my first visit to a place that has dominated headlines for about two months now. An elderly uncle smiled at me while explaining the way to reach the much talked about protest site. I am still a little stuck on his smile; was it a smile of hope, a smile of appreciation, or maybe, a smile of gratitude? I would never know.

After I crossed the long stretches of police barricades and entered the vicinity, it seemed like somebody left in haste. The shops and the market were closed; it felt deserted, and for a moment, I thought I took a wrong turn. So, I called a former classmate from the Mass Communication Research Centre at Jamia Millia Islamia, and made sure I was on the right path. As I stepped a little ahead, my eyes fell upon the slogans painted on the sides of buildings and bus stops. It was as if I was about to open a new book, and had just read the preface of it. 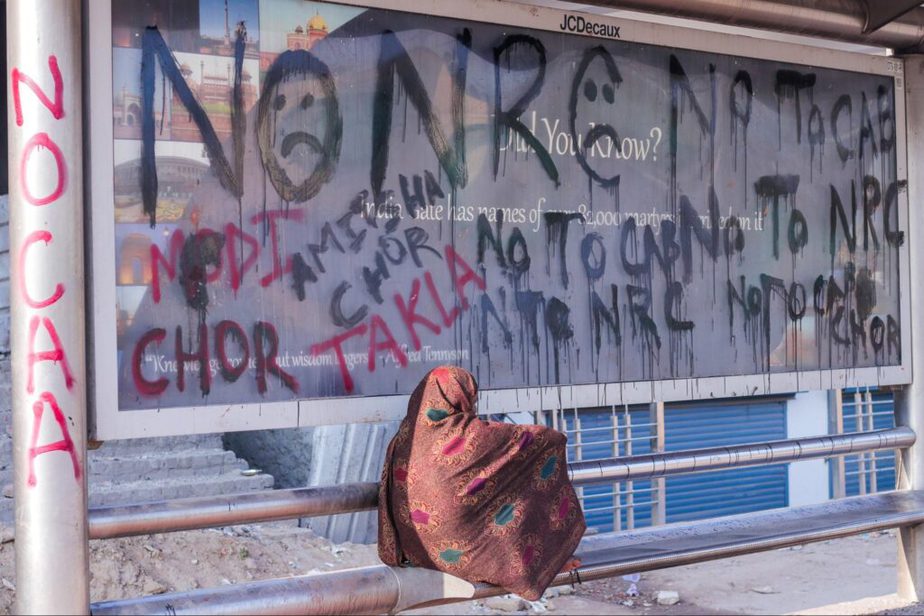 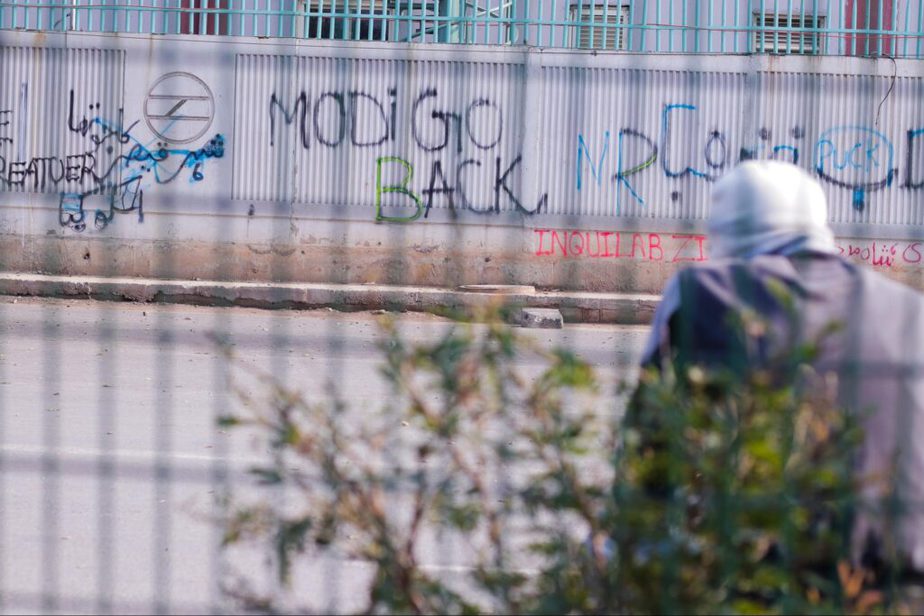 Everywhere I turned my gaze, I witnessed protest. Every wall and pillar, and even the road itself, has transformed into a placard. The streets are filled with slogans and graffiti that almost shout in unison against the CAA and NRC, and in the same note, against the current government.

Another 100 metres and I had arrived. The outline of the Indian subcontinent wrought in iron stood right in front me and right behind it was the famous Shaheen Bagh protest camp. I was busy photographing the iconic “Map Of India” art installation when I was called for by a small child. 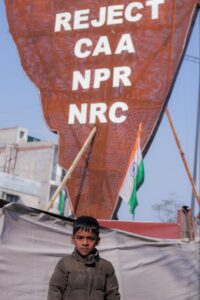 He asked me to click his picture and guided me to other places where I could find similar artwork. I still look at this picture and feel the determination in his eyes. A determination not directed against the political mayhem our country is facing–he is a little young to understand it completely I think–but, a will to stand with his fellow men and women, and more importantly, to be welcoming to all those who come and go.

That is something I can personally vouch for; this feeling of acceptance and brotherhood. Whatever time I spent at Shaheen Bagh, I never felt I wasn’t welcome. Whether it was standing and listening to the various discussion groups, that seem to come up spontaneously, debating and informing each other of new developments and what needs to be done, or facing my lens towards them trying to tell a story through my photographs. 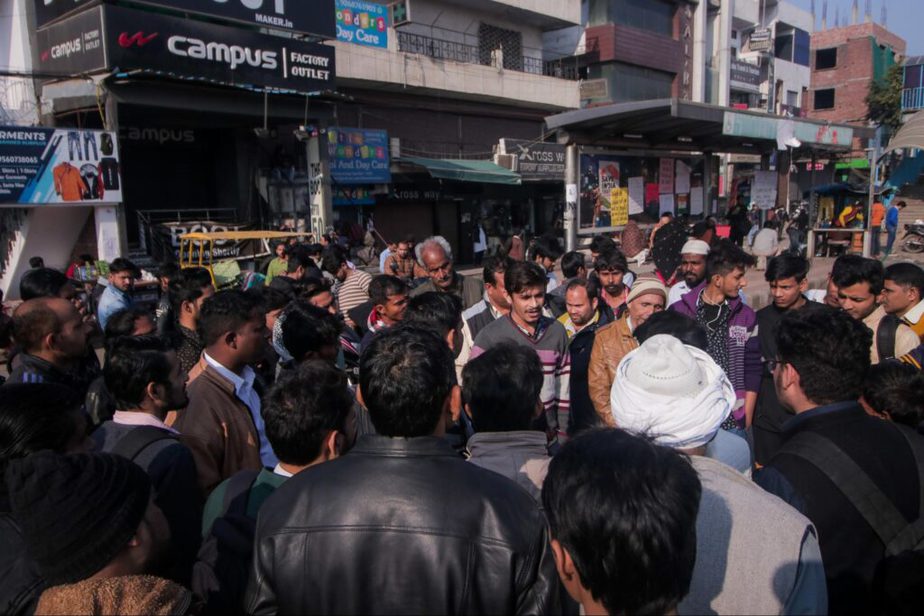 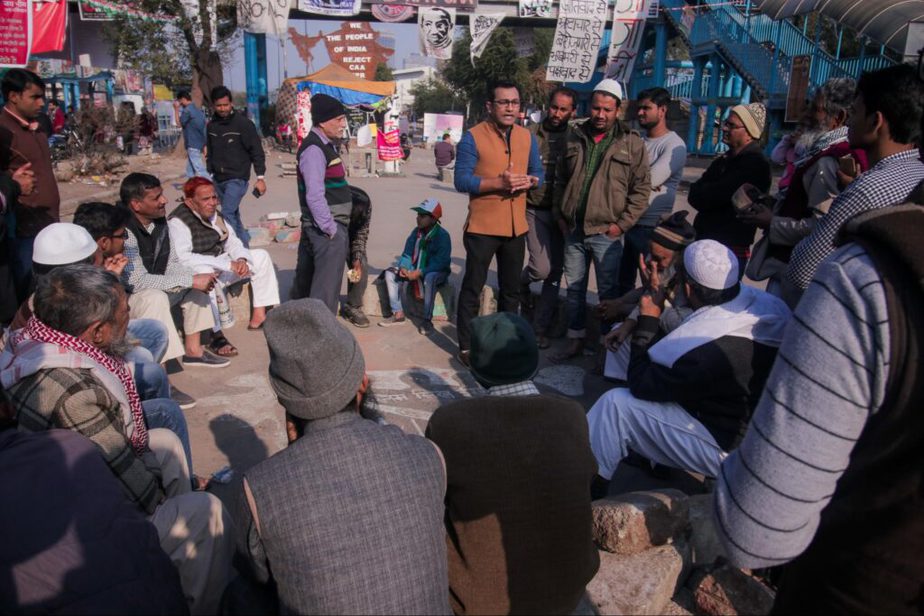 Through the reimagining of spaces, be it the bus stops or Wikipedia pages now hoisted on the overbridge, these displays convey an urgent articulation of visible opposition. 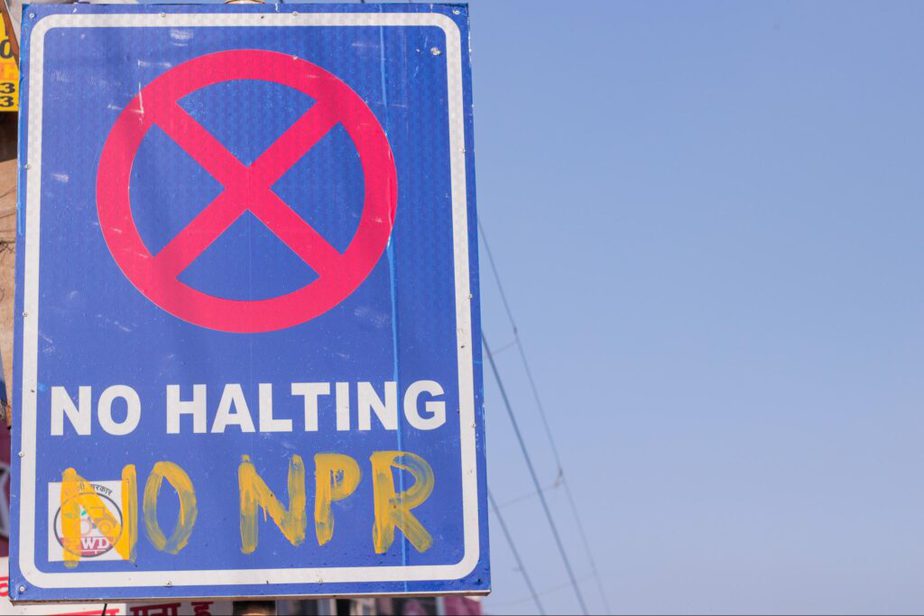 For a while, I stood by the camp listening to various speeches and slogans. I was overwhelmed to see all these women sitting together, fighting for the secular fabric of our nation, day in and day out. I decided to walk back and I saw another side to this whole celebration of democracy; kids reading, drawing, and painting ideas. One can assume that schools and colleges would not really be a priority in such times, and to think so, one would be completely wrong.  Volunteers from all over have poured in, they sit with these children, and teach them what they need to learn; education has not taken a backseat in this political movement. On the contrary, it has made the need for “education”, not just “schooling”, much more obvious. 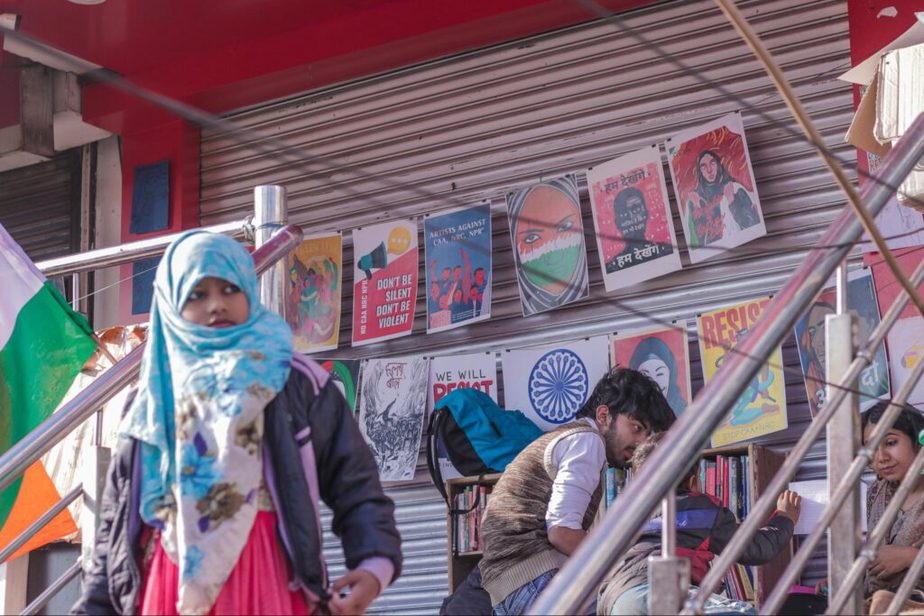 An entire library has come up in Shaheen Bagh. Named after Savitribai Phule and Fatima Sheikh, two legendary women educators and social reformers, it aims to educate people about various ideas they need to arm themselves with to fight this battle. The person manning the library when I was there, spoke zealously, “This is a fight of ideology and you can’t have well informed ideas until you read. Also, you would be happy to know the most requested books are the books written by Mahatma Gandhi, and the Constitution of India. Women, who never paid attention to books before are coming out in large numbers to issue them. We often run short of books because we have a limited supply but it is an amazing change to witness.” 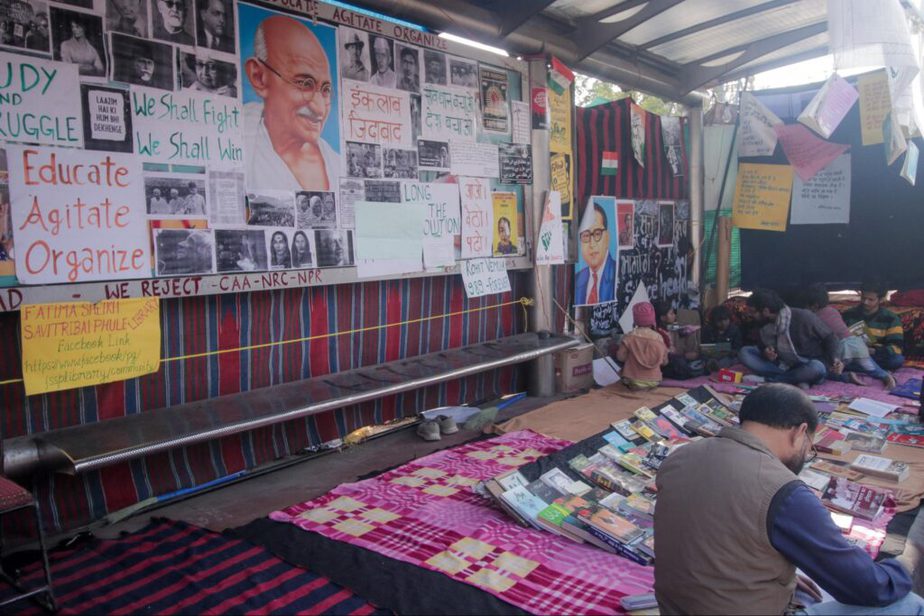 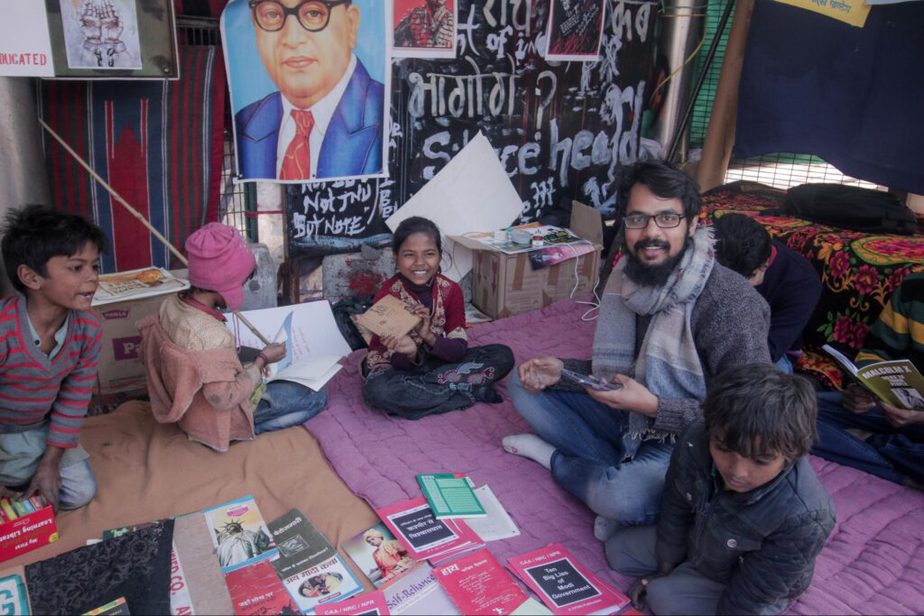 Shaheen Bagh needs no external stimulus to keep going. It is run entirely on personal desire and will. It is a small organism of its own sustaining and moving forward. The people of Shaheen Bagh remember who fought for them, who stood by them and that I think, gives them strength. An entire stretch of the road is dedicated solely to displaying the protest that has been going on for 57 days. They remember the atrocities, the injustice, and the name-calling. 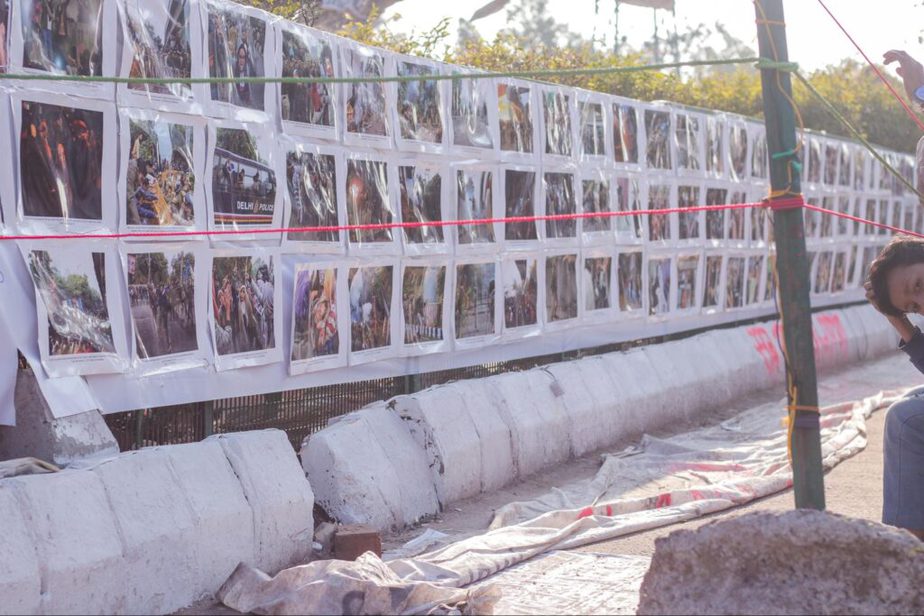 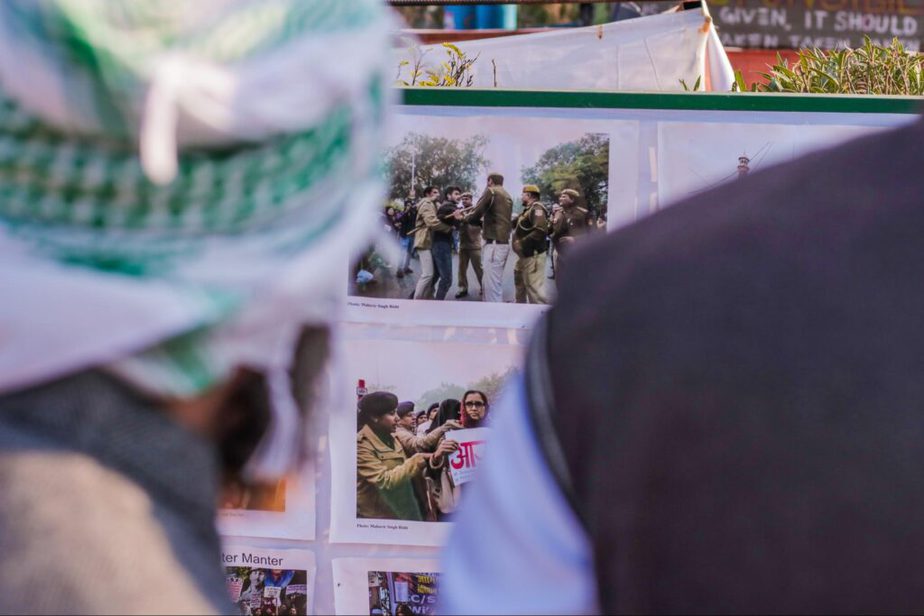 After a couple of attempted attacks to malign and discredit the movement, I am taken back to all those smiling faces who welcomed me with open arms while I clicked pictures or I took something to eat. And to me, despite all the odds, those beaming smiles are a sign of hope; a hope of an idea of India that our forefathers dreamt of when they penned down the Constitution, a hope they are not ready to lose. 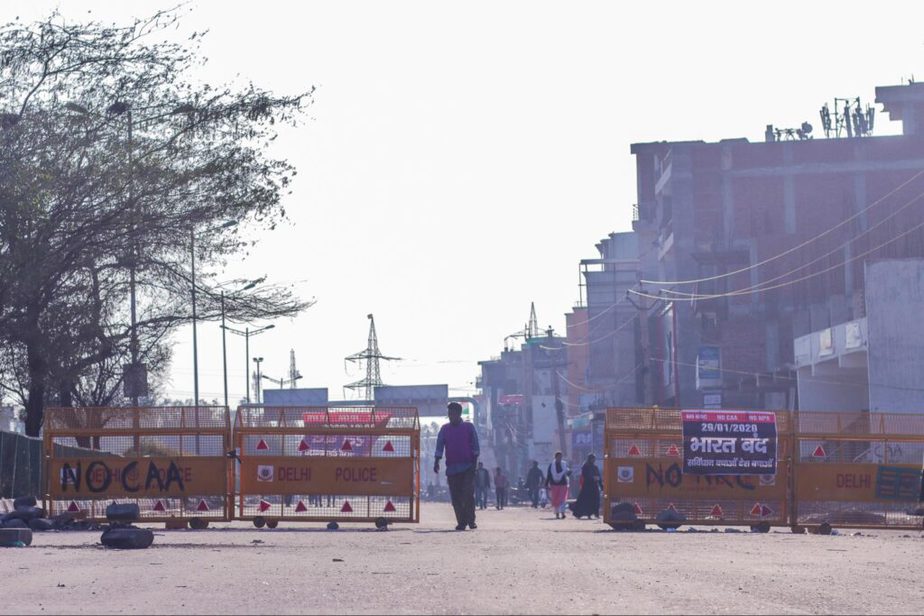