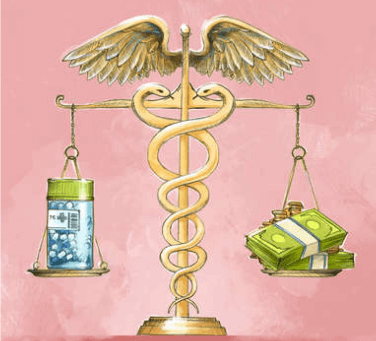 India’s public healthcare system has struggled to fulfil its mandate of providing quality and affordable healthcare to its billion-strong populace. Since liberalisation, with the aid of FDI and significant government concessions, the private healthcare sector has burgeoned, and largely served this mandate. Providing specialized, high-quality care has increased public dependence on its services; approximately 75% of the country currently depends on the private healthcare sector for outpatient care. The general affordability of private care remains suspect, with medical bills skyrocketing.

The West Bengal Clinical Establishments Bill (2017) and the Karnataka Private Medical Establishment Act (2007) are state-level attempts to curb this phenomenon: they both suggest price ceilings on private medical procedures. Given the current health and composition of India’s health sector, are price ceilings beneficial to its growth? Do such bills aid the country’s millions, or stifle entrepreneurial expansion?

“Forcing price ceilings on private players, who operate along starkly different lines, essentially depresses any kind of incentive to perform and innovate within the sector”

“The provision of quality healthcare should not pave way for disproportionate, unregulated commercial exploitation”

The support for price ceilings stems from the fact that almost 75% of the population depends on the private sector to meet their healthcare requirements. Given that India is a relatively poor country, these arguments make for a tempting case to give in to ceilings.

The two bills are premised on the belief that healthcare should be maintained at a minimum standard of quality while being affordable to all, to uphold the mandate of the public health sector. While the former is certainly an aspect that should be of the best possible standard regardless of the provider, to make healthcare ‘affordable’ is not the duty of a private player. Good care comes at a certain cost, partially explained by the ‘unaffordably’ high fees charged by private health institutions. 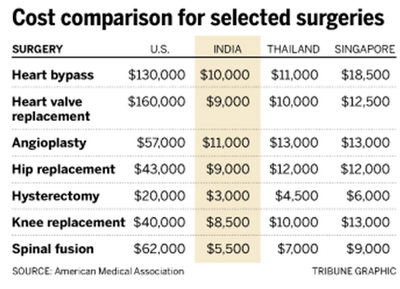 The proponents of these bills are tackling the wrong end of the problem by enforcing ceilings; the focus should be on vastly improving the government’s own services. The public health sector often fails to provide quality healthcare and lacks the requisite funding, space, and infrastructure to run optimally. It is the job of the government to provide affordable healthcare, that supports everyone on the economic spectrum. Forcing price ceilings on private players, who operate along starkly different lines, essentially depresses any kind of incentive to perform and innovate within the sector.

Show Me the Money!

Accumulating the best pool of doctors, resources, equipment, and infrastructure, requires a huge amount of capital. A price cap on services will drive away the best doctors, who will naturally choose states and countries which will allow them to earn more. Additionally, price caps will force many hospitals and doctors to forego several specialized services, as they will no longer be able to afford the supporting infrastructure, machinery, etc. The remaining hospitals will simply switch to using cheaper equipment to keep their profit margins, ultimately lowering the quality of healthcare they provide.

Where then, will Indians go to receive the high-quality specialized treatment that several private centres provide? We also must consider the fact that the country has a rapidly booming medical tourism industry, which is expected to hit $9 billion by 2020

With an increasing number of patients coming in from Russia, Afghanistan, Bangladesh, the Middle East and more, to avail the high-quality services of private caretakers, a drop in quality will do significantly more harm than good. Even at the ‘unaffordable’ prices, the average cost of procedures is about 1/8th that of the same procedures in the U.K. and U.S.A. Thus, price caps and its resultant outcomes will undoubtedly serve the growing and opportunistic industry a blow.

This overall picture ultimately creates an uneasy environment for the private medical community, leading to a major outflow of medical talent, research and innovation. As the sector’s coffers shrink, companies that produce cutting-edge and expensive medical machinery will have no market in the subcontinent.

For example, the recent 80% cut in the price of stents (used in cardiac procedures) has resulted in significantly lower gains than expected. The cut did not result in any meaningful reduction of expenditure, while additionally depriving care-seekers of world-class equipment. Abbott, a leading pharmaceutical company, eventually withdrew two of its top-end stents from the Indian market.

Setback to #AyushmanBharat:
At emergency meeting,
Indian Medical Association rejects #Modi’s dream scheme in its current form.
Raises serious concerns over its design and risks of misuse by middlemen. pic.twitter.com/t5dCqka4qH

The move to regulate the private health sector seems to be a populist response to cases of mistreatment from private providers. In such scenarios, protecting and maintaining standards of healthcare are undoubtedly a must.

Yet, the misplaced populist legislation only kills the Indian entrepreneurial spirit in the long run. The perceived notion of healthcare being a public good cannot be allowed to disincentivize private players who provide some of the best healthcare services in the world. The effects of ceilings are far more widespread than just a reduction in profits; the several interconnected systems, infrastructure, research capabilities, innovation, tourism and eventually, the people themselves, will be the big losers.

Financed by private investors and shareholders, the fundamental ethos of the private sector in India is to generate profits and financial returns. This results in higher costs of treatment. Costs of private healthcare are often exorbitantly, if not artificially high. As India’s millions shy away from the flailing public sector, they are forced to avail of the private sector’s unaffordable healthcare. In absentia state regulation of the sector allows bills to balloon, disproportionately disadvantaging India’s largely uninsured patients.

Price ceilings on private sector services are necessary, in order to prevent the exploitation of citizens, and restore some semblance of ethical responsibility within a larger medical community.

As the sector is the major healthcare provider in the country, it effectively becomes the primary dispenser of a critical public good to 1.3 billion people. Therefore, even if the public sector was able to make a miraculous recovery over the next decade(s), the private sector would continue to rule the roost. Keeping in mind the economic realities of the country, unchecked pricing damages the welfare and economic security of a larger, poorer, Indian population. One cannot simply relegate their economic welfare and health, to the cheaper, not to mention inefficient public sector. Price ceilings are a step towards making private healthcare more universal in its customer base.

It is imperative to understand the source of high costs in private healthcare, beyond expensive machinery and doctors. Studies commissioned by government agencies showcase that private hospitals generate massive profits through ‘diagnostic tests, drugs, and consumables’. Additionally, private practitioners and doctors often earn ‘referral fees’ when referring patients to specific diagnostic labs for testing. As a result, many patients are put through the financial and physical stress of multiple, often useless tests. Drugs protected by government price ceilings are substituted with unprotected variants, again bumping up bills and profit margins. Regulatory measures undertaken by the government are consistently blocked by medical associations and lobbies, allowing such practices to carry on unchecked.

@nppa_india uploads analysis of bills of 4 hospitals based on complaints of overcharging – these images show the inflated MRP & the stockist prices that hospitals purchase at & THEIR INFLATED MARGINS. 1/n cc @AnooBhu @suchetadalal pic.twitter.com/yzqhz9dZer

Protesting price ceilings in the case of genuinely expensive treatments or services are valid and can be resolved through dialogue, and evidence-based policy decisions. However, in the current scenario, costs of general treatment are being inflated simply for the sake of vested monetary interests. Standard price ceilings and greater transparency in hospital invoices help bust such unethical practices, protecting the interests (and bank balances) of ill-informed patients.

Waste Not, Want Not

A price ceiling on private sector healthcare does not imply diminished profits or limited expansion. Instead, it represents an approved maximum amount a private health provider could possibly charge for a service. This means that hospital or practitioner services can still be charged according to independent rates. In fact, in spite of recently imposed government price ceilings on stents (used in cardiac procedures), the cost of the procedure itself remained relatively unchanged, because of other associated costs within the hospital.

Therefore, with a standard MRP for a procedure or service in mind, patients can choose private hospitals that offer associated services within their budget

Such standardization could potentially boost the relevance and penetration of the sector across the country. Those who depend on the public sector out of economic necessity would be able to better identify affordable specialized care within the private sector. Consequently, medical tourism improves not just by culling patients from abroad, but from within the untapped parts of the country as well.

No paid undertaking can necessarily hide behind a veil of self-righteousness – this applies to the public health sector as well. Yet, the provision of quality healthcare should not pave way for disproportionate, unregulated commercial exploitation. 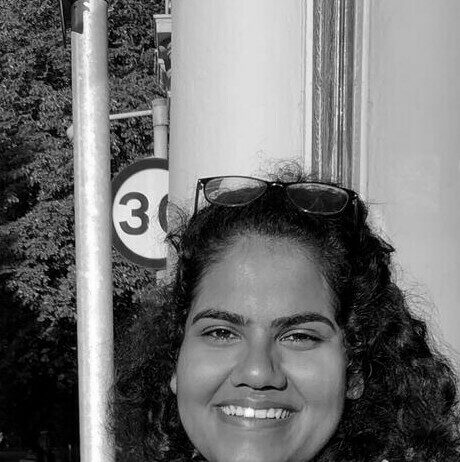 In Her Opinion: Dr. Veena Srinivasan on the Rural and Urban Water crisis

In Her Opinion: Dr. Bhanumathi Kalluri on Mining in Adivasi Areas and Environmental Justice

Conservation and Development May 22, 2020

No Place to Shine: What the Absence of the IPL Means for Unheralded Talent

The 2020 Delhi Riots: The Anatomy of Violence in the City

The Bastion Dialogues: Aanchal Malhotra on the Partition and Oral History